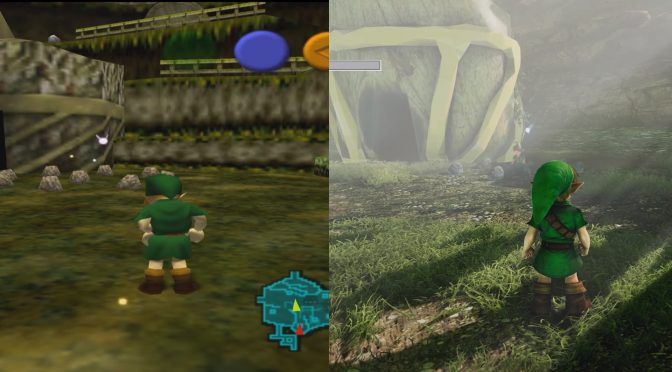 CryZENx has released a comparison video between his Unreal Engine 4 remake and the original version of Ocarina of Time. Ocarina of Time is a classic N64 game and as we can see, the visual difference between these two versions is huge.

CryZENx has done an incredible work. His remake looks almost identical to the original version, and for the most part he managed to keep the atmosphere intact. Thanks to Epic’s engine, the game looks incredibly sexy and as good as most modern titles. If you are fans of Zelda, you will absolutely love this comparison.

CryZENx has released numerous UE4 recreations of Ocarina of Time. We don’t know whether he will merge all of them into a complete fan project. As such, we strongly suggest downloading them (you can find most releases here). After all, this is the closest we’ll ever get to a modern remake of Ocarina of Time.

Now we all know that whenever Nintendo decides to release a remake of Ocarina of Time, it won’t find its way on the PC. What this basically means is that PC Zelda fans can only experience Ocarina of Time via this fan remake on the PC. Of course this excludes emulating the original N64 version. Thankfully, CryZENx has put a lot of effort into his remakes, which are better than most other recreations of other titles.