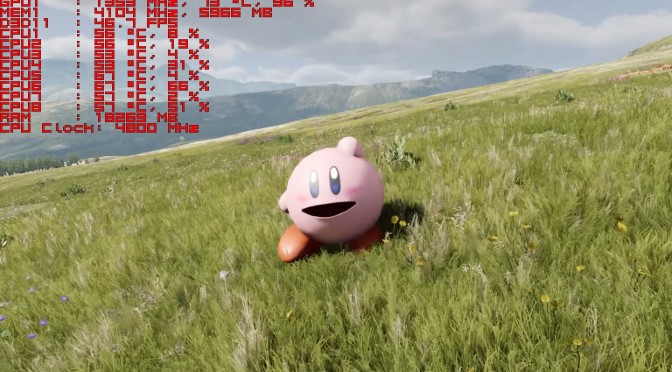 Ever wondered what a Kirby open world game could look like in a modern game engine? Well, time to find out. CryZENx has released a new video, showing Kirby in Unreal Engine 4’s Tech Demo. In this tech demo, Kirby has a lot of his original moves and his animations are pretty solid. Hell, he can even fly which is awesome. Enjoy the video after the jump!