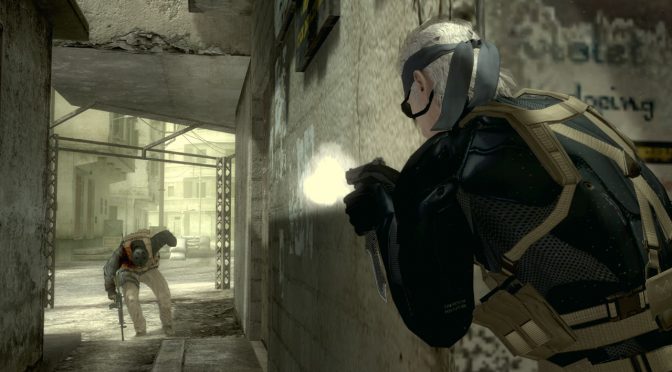 The industrious team of developers behind the PC emulator for the PlayStation 3, RPCS3, has just released footage of Metal Gear Solid 4: Guns of the Patriots running in-game. While still a work in progress, the video shows an aged Solid Snake finally making his debut on the PC for the first time in the history of this emulator’s development.

Metal Gear Solid 4 has certainly been one of the most requested games both across RPCS3’s forums, and in the comment sections underneath the videos of each release update. The game finally launched for the first time on the emulator about a month ago, but would go no further than the opening menu.

That we are seeing the first, real, in-game footage so soon after the previous build, and at more than 40FPS sometimes, is seriously a big deal. Metal Gear Solid 4 has proven to be an extremely resistant game to emulate, and has thus far remained the only game in this well-loved franchise that was impossible for PC players to enjoy on their favourite platform.

Now that fact is about to change. The video shows our buddy Snake doing his thing in an extremely glitchy environment on the PC, with the frame rate hovering in the mid-20’s or so. The RPCS3 team have noted, however, that they will soon be able to lift the frame rate not just to 30FPS, but possibly all the way to 60!

This is a long-awaited triumph for fans of PS3 emulation, and it attests to the insane amount of hard work those devs are putting into their emulator. Sure it looks rough, but I must admit that I have seen games looking much worse upon their first launch not just on this emulator, but also on others.

The description of their video suggests that things are looking bright indeed for future improvements surrounding one of Hideo Kojima’s finest (and last) entries into the series. You can download the RPCS3 emulator here (however it is unclear from the video if the latest release has already been made available to the public).