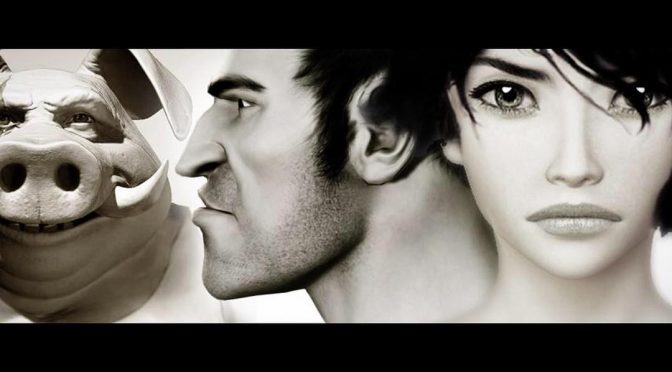 And it’s finally here. While Michel Ancel claimed that Beyond Good & Evil 2 would not be present at this year’s E3 event, Ubisoft has just released the world premiere cinematic trailer for it. Beyond Good & Evil 2 will be a prequel in which players will embark on an epic space adventure and journey to System 3. Enjoy!

Ubisoft has just revealed new details about Beyond Good & Evil 2. Beyond Good and Evil 2 invites players to explore System 3, a vast solar system and a hub of interstellar colonization and commerce in the 24th century – and fans have a chance to help shape it by taking a role in the development process.[

System 3, as it turns out, is a place where limited resources are viciously warred over by various private enterprises. The struggle for survival amid a rich milieu of evolved species and diverse cultures from Old Earth creates an ideal environment for space piracy, as a new generation of captains rise up to carve out a piece of the galaxy for themselves.

As you rise from lowly pirate to legendary captain, you’ll traverse System 3 at light speed to explore freely on your own or with friends. Presenting its solar system as a massive, seamless online environment, Beyond Good and Evil 2 gives players the chance to dive into the foundations of the franchise’s universe while traveling between diverse planets and moons in search of adventure.