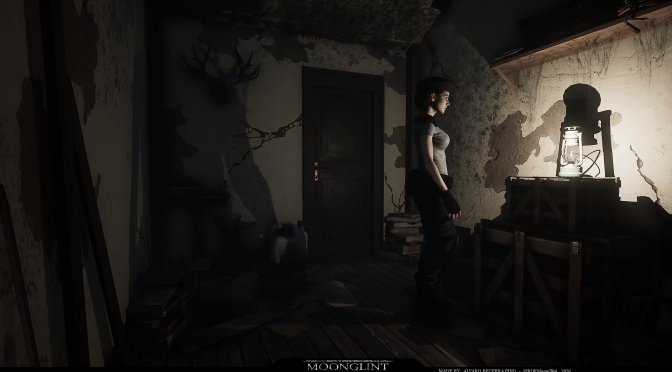 MoonGlint who is currently working on a survival horror game VIGIL, has recreated a portion of Resident Evil Remake in Unreal Engine 4. This fan remake even features Jill Valentine from Resident Evil 3 Remake, wearing her iconic STARS Costume.

According to Residence of Evil, MoonGlint may recreate more areas from Resident Evil 2002. Furthermore, this fan remake will be available for download on MoonGlint’s Ko-Fi page.

Do note that MoonGlint does not plan to remake the entire game. So no, this isn’t a fully fledged remake of the 2002 version of Resident Evil. Still, it’s a cool project that PC gamers will be able to experience themselves once it’s complete.

Resident Evil 2002 featured more detailed graphics that retained the horror from the original version. Its environments were in higher resolution, featuring a number of non-static 3D models. Moreover, the game had post-processing effects like Bloom filters.

This Resident Evil Remake in Unreal Engine 4 retains the camera angle and art style of that 2002 version. It also retains its tank control mechanics. Not only that, but this remake features higher resolution textures and better lighting effects.

We’ll be sure to inform you when this fan, but short, remake of Resident Evil 2002 is available to download. Until then, enjoy the following video.

Lastly, I also felt the need to share this House of the Dead 2 Remake in Unreal Engine 4. This remake was also created by MoonGlint and looks absolutely gorgeous.

House of the Dead 2 Remake in Unreal Engine 4