Beyond Blue is a single-player narrative adventure game that takes players deep into our planet’s beating blue heart. The game is currently available on Steam, and E-Line Media has provided us with a review code. As such, it’s time to benchmark this game and see how it performs on the PC platform. 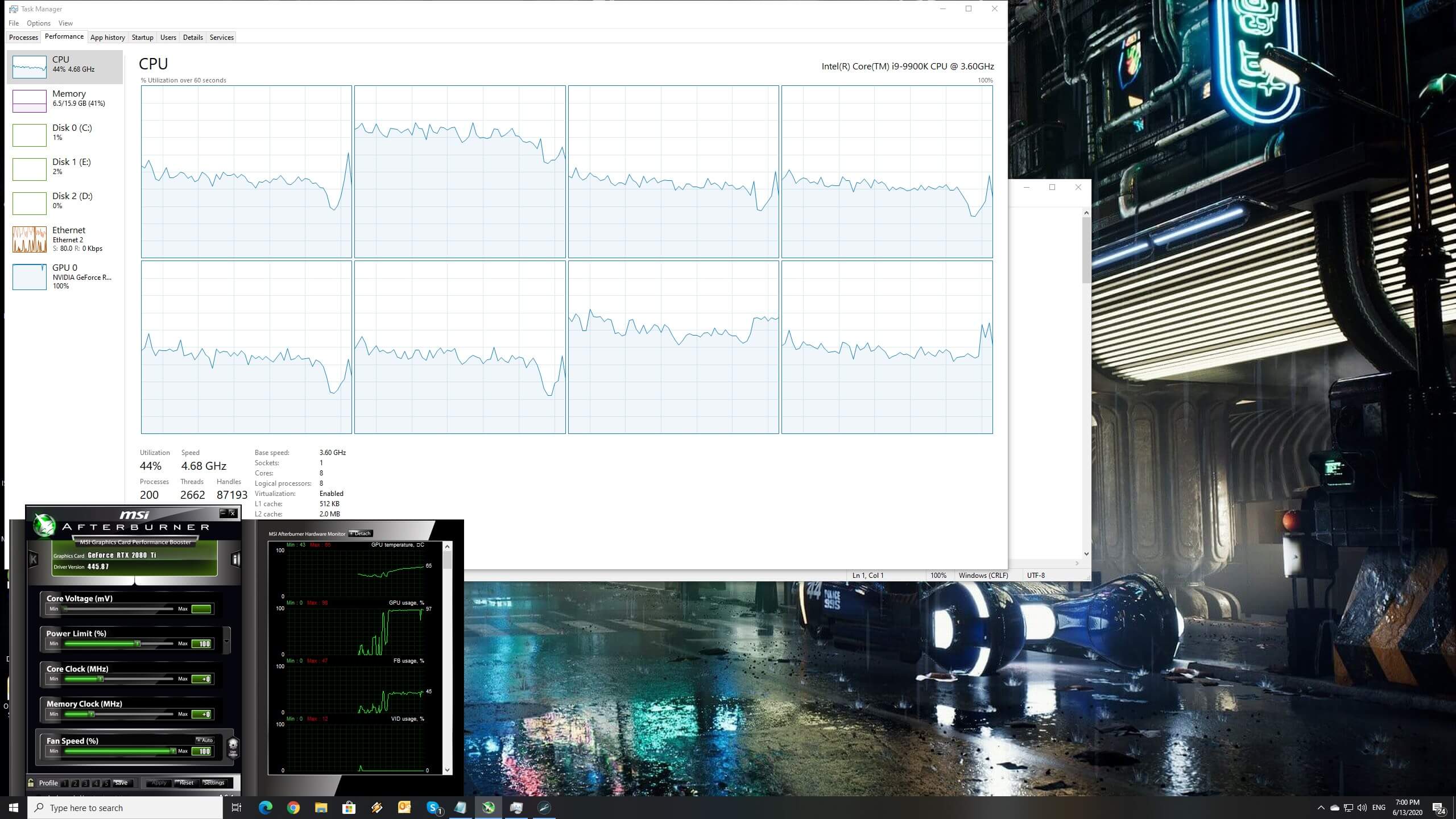 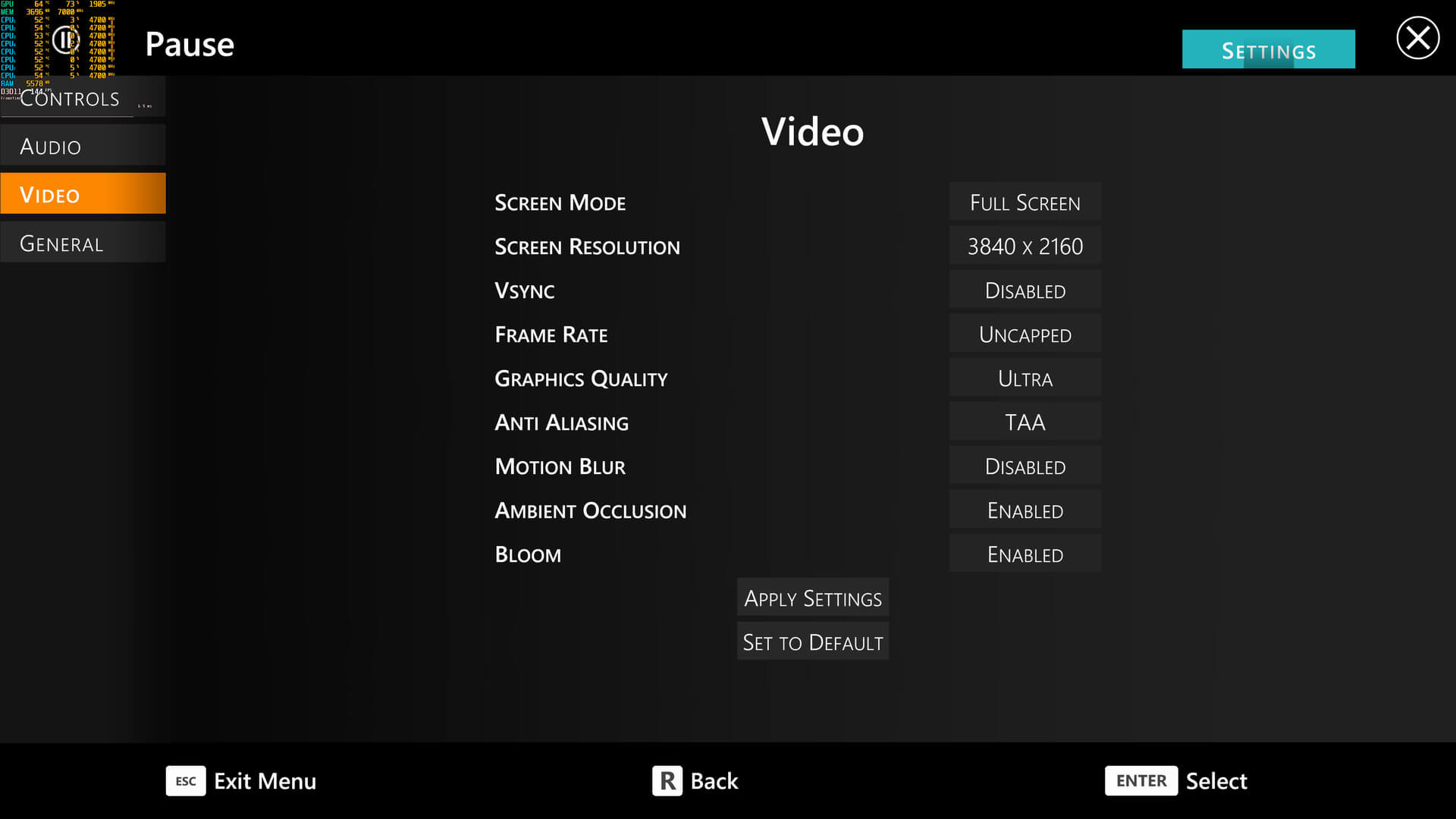 Beyond Blue can run smoothly on a huge range of CPUs. In order to find out how the game scales on multiple CPU threads, we simulated a dual-core, a quad-core and a hexa-core CPU. And, we are happy to report, that even our dual-core PC system was able to run the game at 1080p/High settings with more than 100fps. The game does not require a high-end CPU. We can also confirm that the game runs smoothly on older generation CPUs, like an Intel Core i7 4930K. 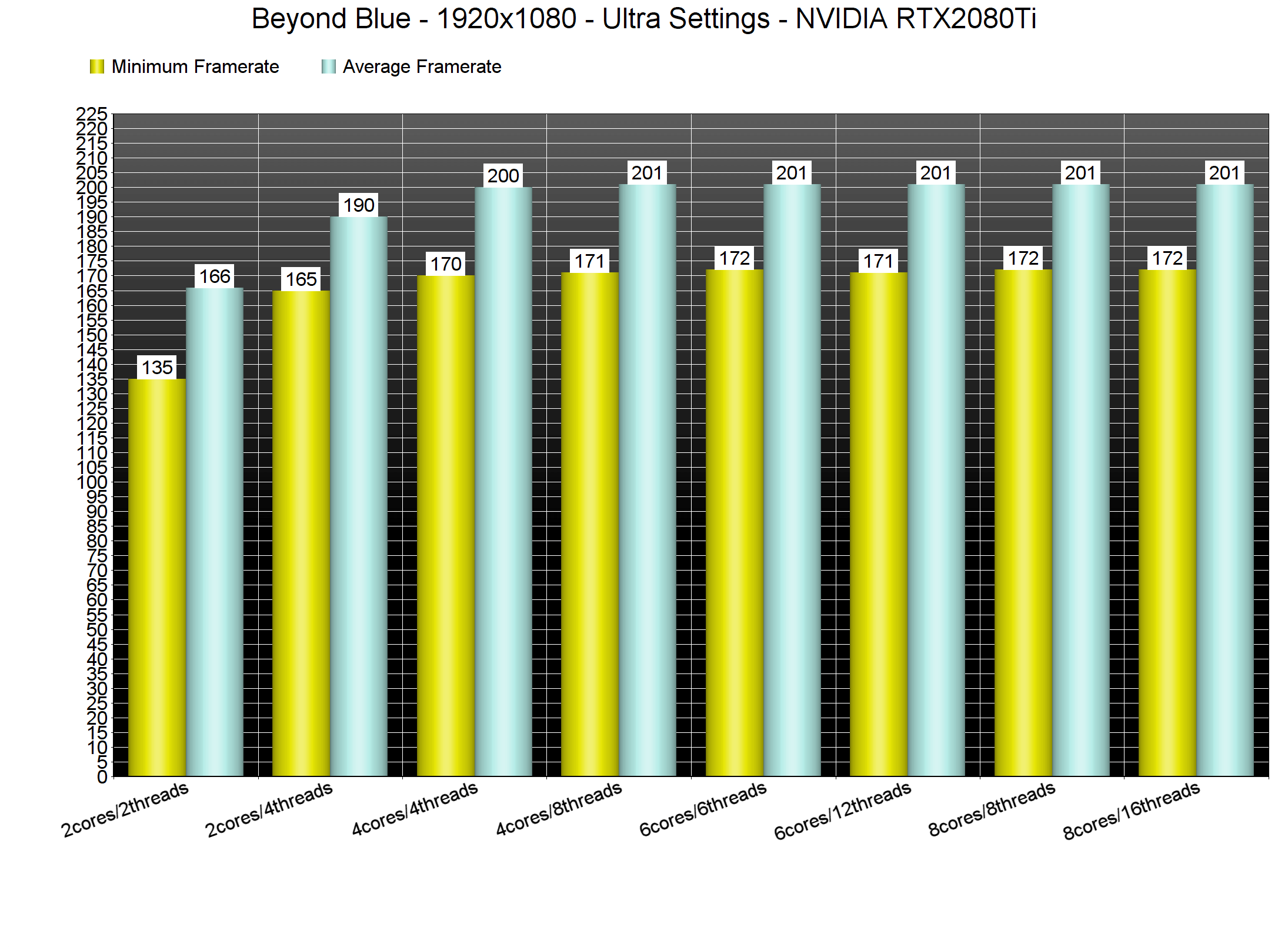 Most of our GPUs were able to offer a 60fps experience at 1080p/Ultra. Even our AMD Radeon RX580 was able to provide a smooth gaming experience, with a minimum of 69fps and an average of 79fps. 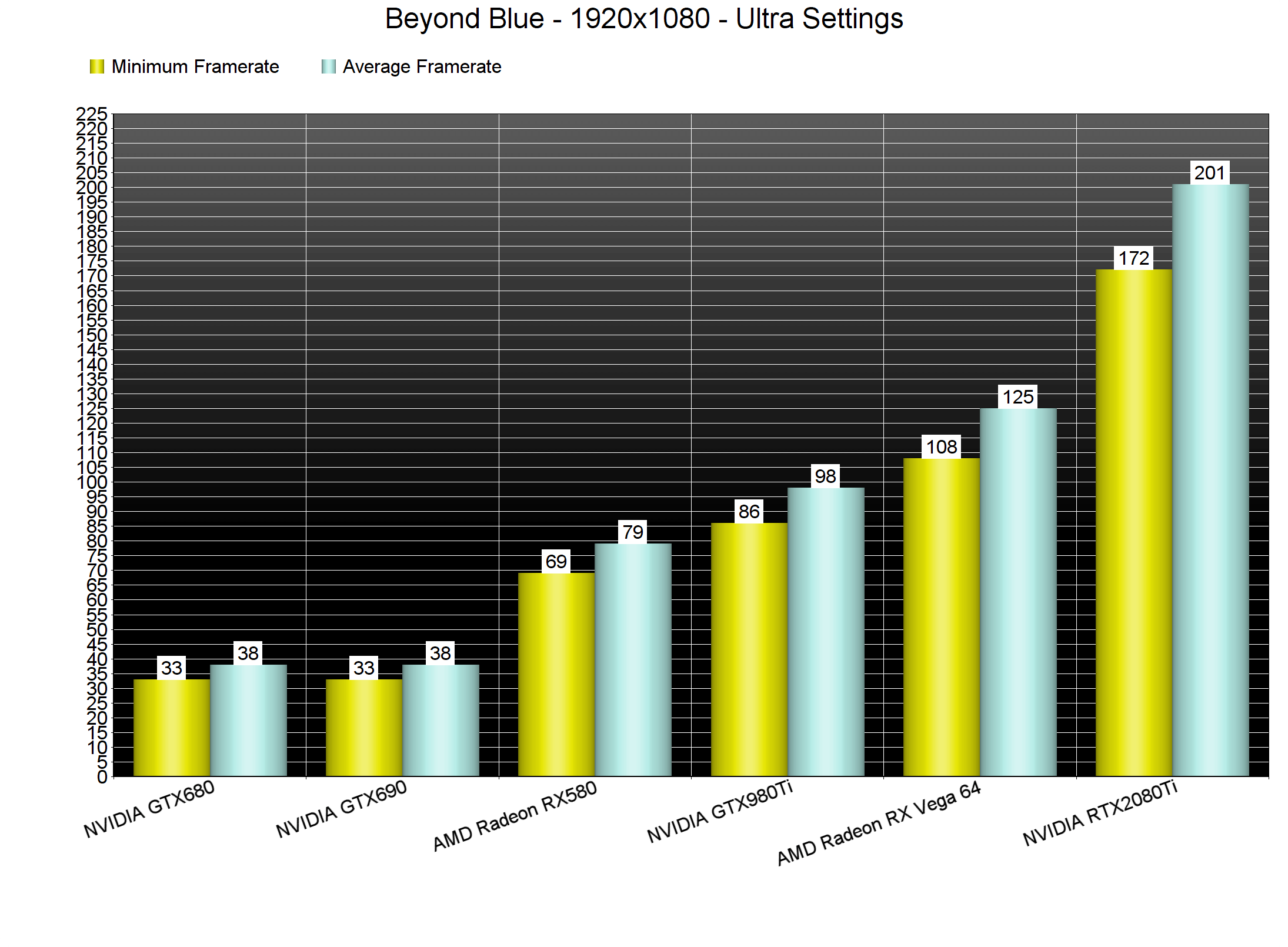 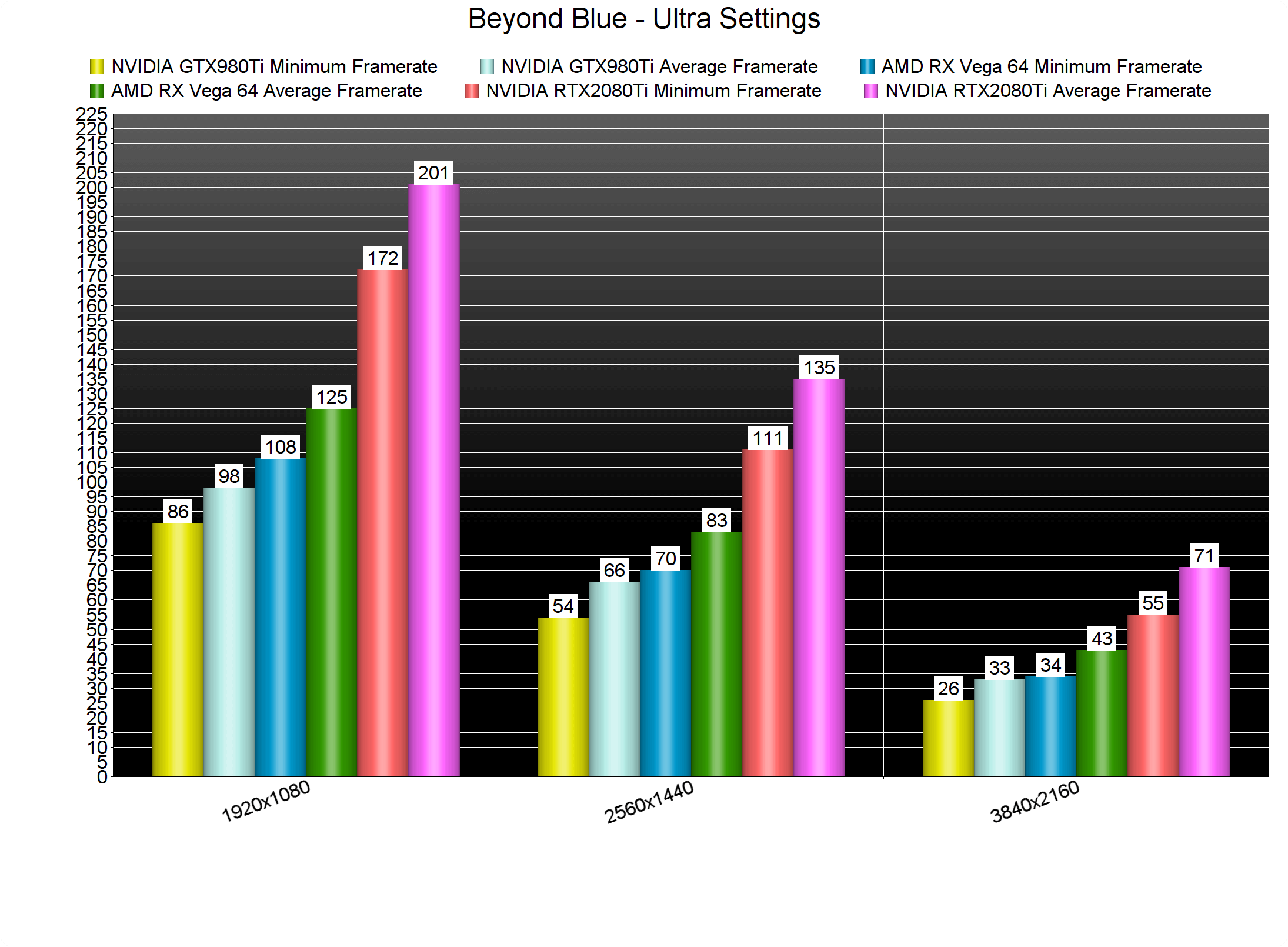 Graphics wise, Blue Beyond looks great. While it does not push the envelope of what underwater games can look on powerful PC systems, Beyond Blue has an amazing art style. Most of the environments have great textures, though, we did notice some low-resolution textures here and there. Unfortunately, the game suffers from color banding. We also believe that the game would benefit from some extra particle effects.

Overall, Beyond Blue works like a charm on the PC platform. The game does not require a high-end PC system for gaming at 1080p. For gaming at 1440p, the GPU requirements are quite reasonable. However, 4K/60fps is a bit too demanding in our opinion. In order to achieve this, you’ll have to use an overclocked NVIDIA GeForce RTX2080Ti. Thankfully, we did not experience any mouse acceleration/smoothing issues, and there are proper on-screen K&M indicators.