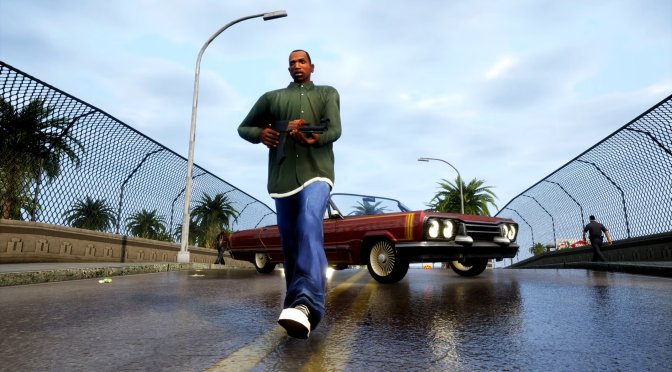 YouTube’s ENXGMA and Real KeV3n have shared two videos, detailing most of the graphical differences between the original and the remastered versions of GTA 3, GTA Vice City and GTA San Andreas.

As we can see, the remasters feature better view distance, a better lighting system, and better textures. Moreover, they pack better 3D models (even for some environmental objects), and gorgeous reflections.

Now as I’ve already said, the new cartoonish look of the characters is debatable. Some will like it while others will hate it. However, Rockstar has added more polygons to all of the main characters. As such, they won’t look as blocky as in the original games. And yes, all of them have now proper hands.

What’s also pretty amazing here is that Rockstar has added new assets and textures to a lot of buildings. Not only that, but the remasters appear to have volumetric fog, as proper rain effects.

What this ultimately means is that GTA Trilogy The Definitive Edition is more than a re-release. In fact, it appears to be one of the best remasters we’ve seen to date, and the visual difference between the original and the remastered versions is huge.