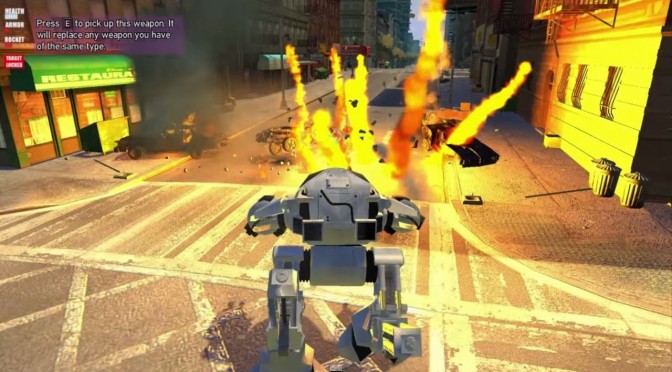 JulioNIB is undoubtedly a really talented modder. This guy has offered us a lot of amazing mods for GTA IV and our reader Jonathan Gustafsson has informed us about a new one. JulioNIB’s latest mod brings to GTA IV the ED-209 robot from the Robocop movies.

Via this mod, players can use the robot as bodyguard, make the robot start a killing spree attacking close cars, make the robot help cops against you, control the robot itself, as well as spawn the robot using the mods menu (you also can hack the one that appears in the police station).