Let’s get one thing straight; we don’t enjoy or like bashing Ubisoft. Sure thing, the company has made some decisions that puzzled us, but we’re here to judge their games and not their ‘political’ or ‘financial’ decisions. After all, back in 2012 we declared Far Cry 3 as the most optimized game of that year, and last year Splinter Cell: Blacklist was our second most optimized title. So no; we are not hating or bashing Ubisoft – whenever we do – because it’s the cool thing to do.

So, Far Cry 4 has been released and it’s time to see how it performs on the PC platform. As always, we used an Intel i7 4930K with 8GB RAM, NVIDIA’s GTX690, Windows 8.1 64-bit and the latest version of the GeForce drivers. NVIDIA has already included an SLI profile that offers amazing SLI scaling, though we did witness a specific issue that has not been resolved as of yet. SMAA is somehow broken for SLI systems, as it introduces various visual artifacts as soon as you access your inventory or bring up the menu options. We don’t know whether Ubisoft plans to fix this issue in its upcoming patch, but for the time being we strongly suggest avoiding it. 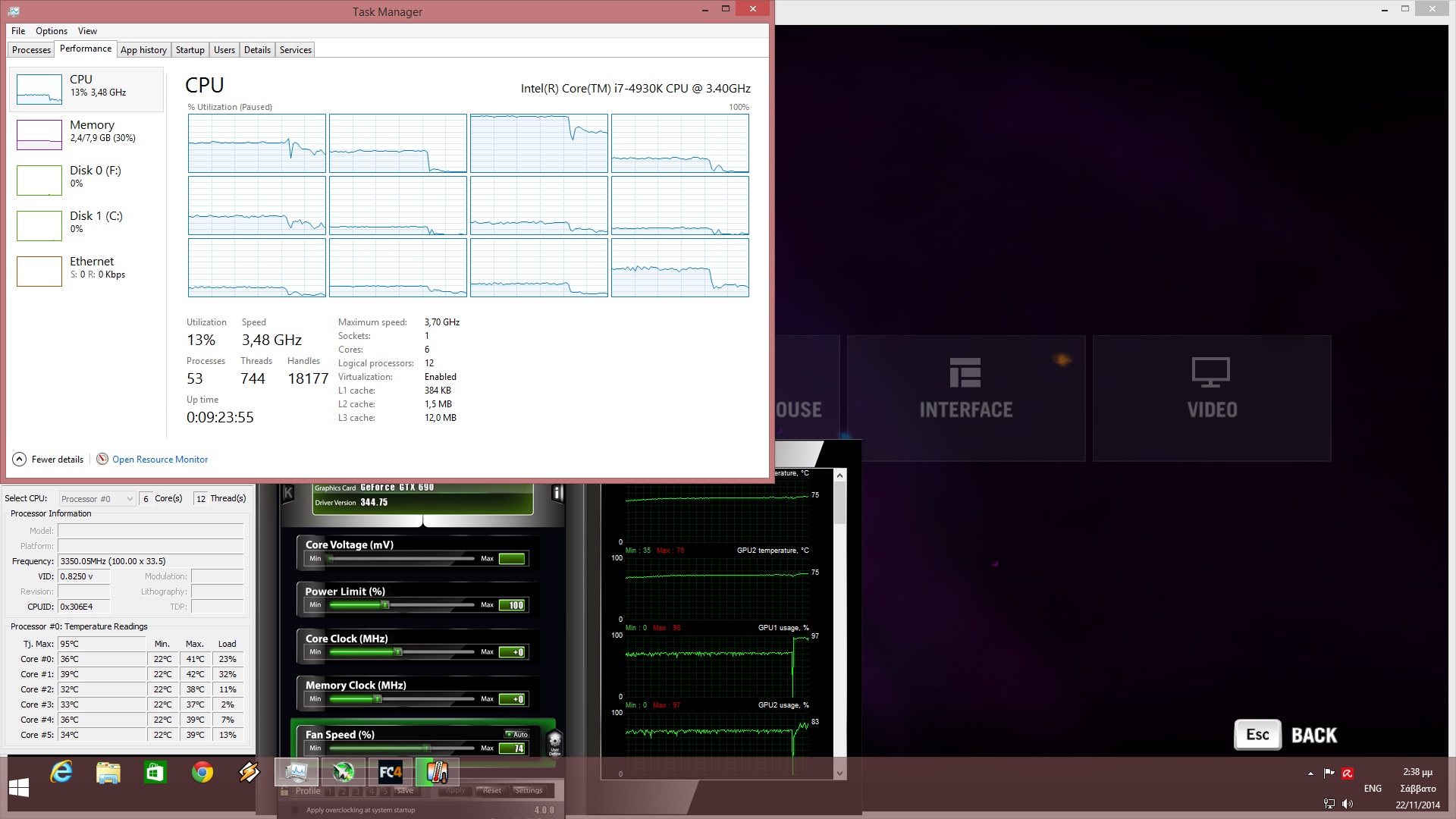 Far Cry 4 is powered by an enhanced version of the Dunia 2 Engine. And since Far Cry 3 scaled incredibly well on more than four CPU cores, we kind of expected similar behaviour from Far Cry 4. Well, the good news is that the game scales indeed well on four CPU cores. The bad news is that the game always stresses one CPU core/thread, meaning that PC gamers will have to disable completely Hyper Threading, otherwise they will find themselves into a number of CPU limited situations.

As we can see below, there is a 15fps difference between a hexa-core CPU with HT on and HT off. As we’ve already said, this happens because one thread is being stressed no matter what. This also means that CPUs with ‘weaker’ per core performance may encounter issues with this title. Those with such CPUs will need to overclock them in order to overcome the game’s inability to properly scale on more than four CPU cores.

Far Cry 4’s issues do not end here. There is also some annoying stutters whenever a region is being loaded. As we can see in the screenshots that accompany this article, we were never limited by our VRAM (so no, those stutters were not due to such a thing). A workaround for these stutters is to – once again – edit your XML file, and do the following tweaks. Do note that these tweaks lower the quality of the game’s textures:

As we can clearly see, Far Cry 4 is plagued by a number of issues in its current state. Contrary to Assassin’s Creed: Unity, however, these issues should be easy to fix (apart from the game’s inability to properly scale on a lot of CPU cores). Not only that, but Far Cry 4 runs way better than Assassin’s Creed: Unity, though we do have to note that it is not as impressive as that title.

Performance wise, Far Cry 4 ran with constant 60fps at 1080p with Ultra settings (with SMAA and HBAO+). Unfortunately, MSAA and TXAA were too taxing for our GTX690, and we seriously can’t imagine what will happen when the next patch introduces NVIDIA’s HairWorks Tech. A single GTX680, on the other hand, was able to push constant 50fps at High settings and constant 42-44fps at Very High settings. Clearly, Far Cry 4 demands a high-end GPU to shine, however Ubisoft has provided a wide range of graphics options to tweak. Furthermore – and to its credit – Far Cry 4 looks good even on Low settings. 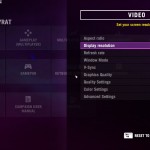 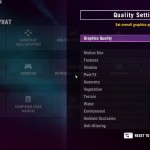 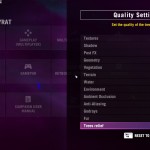 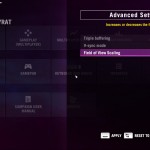 Graphics wise, Far Cry 4 looks great but not mind-blowing. The game feels like an evolved or enhanced version of Far Cry 3. Not that this is a bad thing, but then again we expected something more than that. There is noticeable pop-in for all environmental objects, though the LOD system is not as aggressive as the one found in Assassin’s Creed: Unity. Some of the environmental effects look cool, while others (at their highest values) bring a blurriness that has a negative impact to the game’s visuals. Environmental destruction and interactivity are similar to those of Far Cry 3, and the game’s textures – even at their highest values – are not as detailed as those of other triple-A titles.

All in all, Far Cry 4 performs better than Assassin’s Creed: Unity, however it’s not as impressive as that particular title. Contrary to Assassin’s Creed: Unity, Far Cry 4 is not a ‘broken’ or an ‘unfinished’ project. Still, Ubisoft’s title suffers from some awful issues so here is hoping that the French company will fix some – if not most – of them. Far Cry 4 requires a high-end GPU to shine, as well as CPUs that excel on per core performance. Those with weaker 8-core CPUs may encounter performance issues due to the game’s inability to scale properly on multiple cores/threads. We also suggest avoiding Hyper Threading (unless you’re gaming with an i3).

Regarding Ubi’s latest games, we fully agree with Kevin Sorbo. 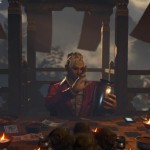 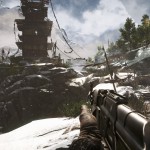 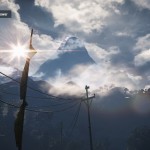 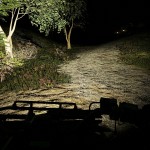 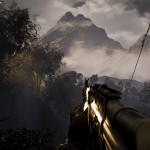 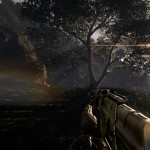 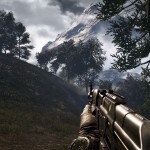 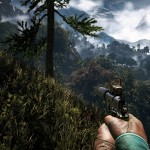 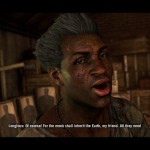