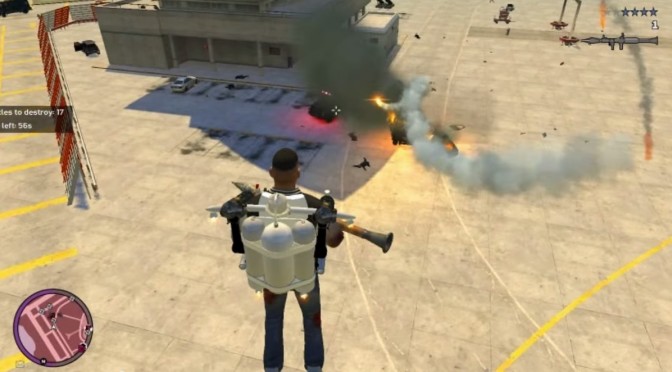 Our reader ‘Jonathan Gustafsson’ has informed us about a new mod for GTA IV that brings a fully functional and armed Jetpack to Rockstar’s sandbox title. This mod is made by no other than JulioNIB, the man behind the amazing Watch_Dogs mod for GTA IV, as well as the Iron Man and the HULK mods. The mod will be made available to everyone later this weekend on JulioNIB’s blog, and below you can view a video from Jonathan showcasing it. Enjoy!