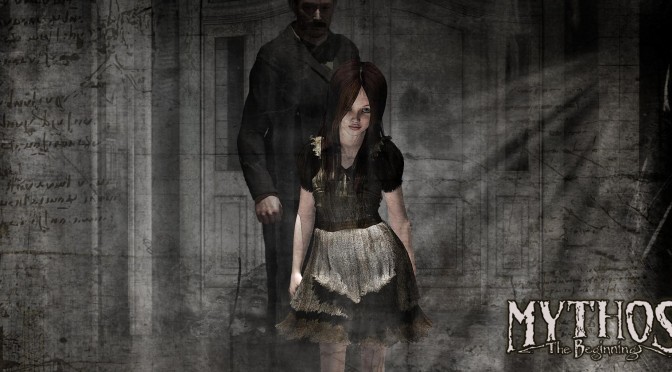 Mythos: The Beginning, from solo developer Dark Gaia, today launches on Steam (at least in some regions) – right in time for Halloween. To celebrate, the developer has released a brand new trailer.

Dark Gaia – aka Dayle Grixiti – has fused together the traditional RPG and survival horror genres to create a game that sits somewhere between Resident Evil, Fallout, and the Lovecraftian classic Shadow of the Comet.

Set in London, 1934, the game opens with a visit from a Professor Blacktail, a troubled man who has come to you in dire need of help. As a legendary paranormal investigator, you’re asked for your help in finding three missing students who have vanished whilst conducting a scientific survey of the infamous Harborough Asylum.

Arriving at the asylum, you quickly discover that there is more to its reputation than mere urban legends. In Mythos: The Beginning, players will need to fight for their life against otherworldly creatures and it’ll be up to them to unravel the mysteries hidden within its dark corridors.

“Mythos: The Beginning is a tribute to adventure games and RPG classics of yesteryear. It’s Resident Evil, Shadow of the Comet and Fallout, all wrapped up in a Gothic horror adventure taking inspiration from the monster movies of the 1930s. Create your own protagonist and take them through a nightmare they’ll never forget.”