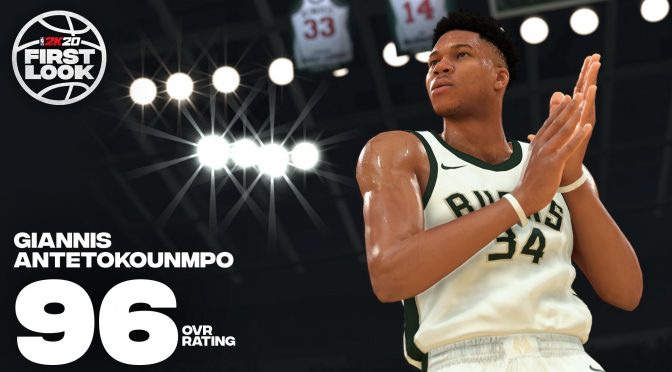 2K Games has released the first in-game trailer for NBA 2K20. The publisher has marked this as gameplay trailer, however, it does not contain any actual gameplay footage. Since it features only replays, a more suitable description is the one we used (in-game trailer).

As its description reads, this trailer showcases familiar faces in new places around the NBA landscape. In short, this trailer will give you an idea of how the game looks.

Ironically enough, 2K Games has not revealed any gameplay details about this latest part in its NBA 2K series. I mean, the game comes out next month and we don’t know anything about it yet. I guess it’s more important to share the players that will be in it than actual gameplay facts these days. Ah, if only the NBA Live series was good enough to put some pressure to 2K Games.

NBA 2K20 looks great but I’m not sure whether it’s THAT much different than NBA 2K19. We’ve seen this in pretty much all sport games these days; from FIFA 20 to WWE 2K20. Yes, the new iterations look better but they feel more like expansions than proper new games. And while EA and Konami have outlined the gameplay improvements that will be in their latest sport games, 2K Games has not revealed anything at all.

Seriously, the only thing present in the official Steam store page is this:

But anyway, NBA 2K20 will release on the PC via Steam on September 6th.