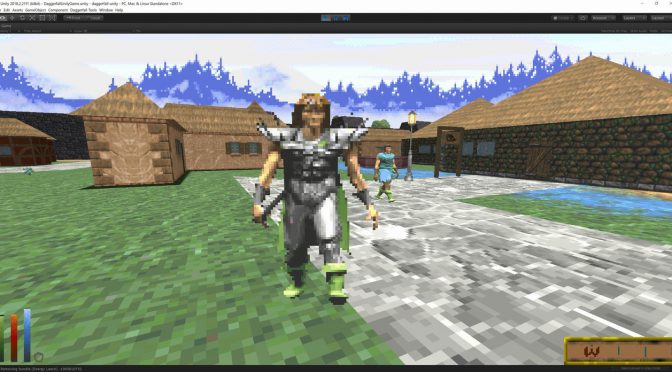 A team of modders have ported The Elder Scrolls II: Daggerfall in Unity Engine, and have released its alpha version. PC gamers can go ahead, download this project, and enjoy this classic TES game in a new engine.

According to the team, Daggerfall Unity Alpha is at broad feature parity with classic Daggerfall. This basically means that you can play the game from start to finish. Moreover, Daggerfall Unity features all the core gameplay systems from the classic version.

Since this project hit its alpha stage, the team will be now focusing on patching logic errors, polishing systems, and gradually iterating over the game.

Last but not least, here are all the main changes and improvements that are featured in Daggerfall Unity Alpha.