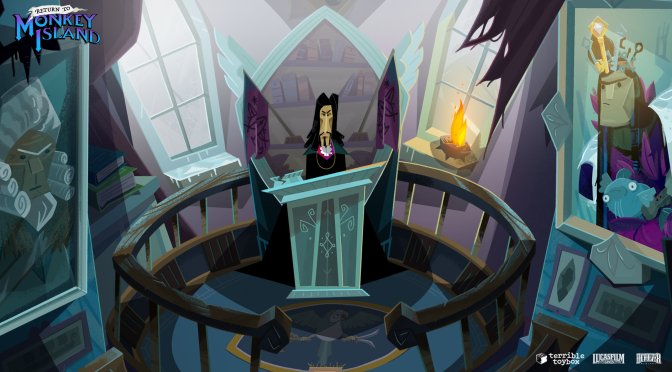 Devolver has released the first gameplay trailer for Return to Monkey Island. This trailer features some in-game scenes, and will give you an idea of the game’s art style and aesthetics.

Bringing classic point-and-click gameplay to the modern-day, intrepid pirates will solve puzzles and explore the islands with a clever evolution of classic adventure game controls. Moreover, the game will have context-sensitive interactions, reactive dialog trees, and an easy-to-use inventory system.

Although there isn’t any specific release date, Devolver plans to release this game later this year.