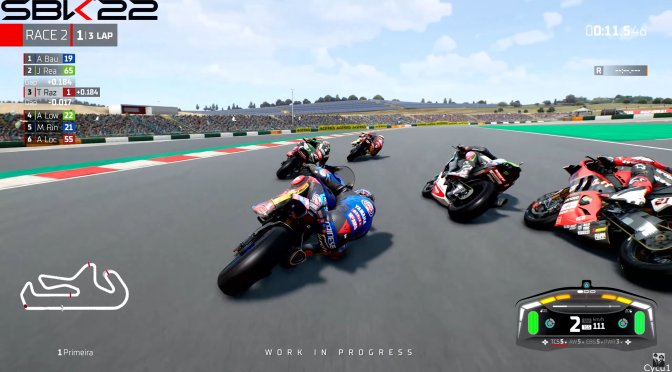 Milestone has released the first gameplay trailer for its upcoming superbike game, SBK 22. In addition, YouTube’s ‘Cycu1’ has shared an early graphics comparison video between it and MotoGP 22.

SBK 22 promises to bring back the authentic world of the SBK Championship. The game will feature the Official 2022 WorldSBK Championship, an immersive and fascinating Career Mode and the real SBK weekend with practices, Superpoles and Races.

SBK 22 will also have a new AI system. The A.N.N.A System is a revolutionary AI system based on neural networks and machine learning. This system promises to offer a tailored gameplay experience, smartly controlling the opponents depending on their actual personalities and training them gathering data and experience.

Lastly, the game will offer customization options, as well as multiplayer races with up to 12 players.

SBK 22 will release on September 15th!