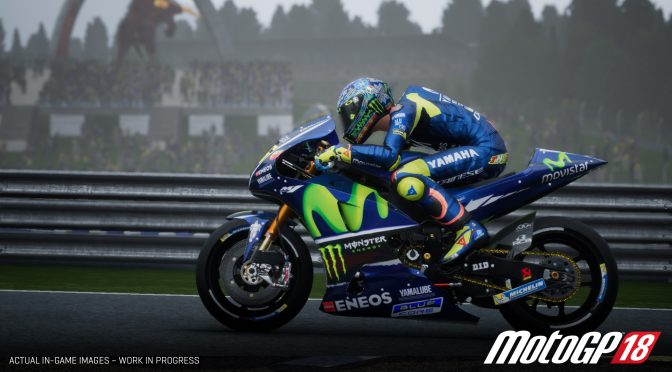 Milestone has released the first gameplay video for MotoGP 18, showing 3 minutes of gameplay footage. MotoGP 18 will give players the opportunity to take part in the best motorcycle racing show on earth, featuring all the official content from 2018 MotoGP season and exclusive improved features which will set a completely new level of realism and immersion.

The game promises to feature faithful reproduction of riders, tracks and bikes, thanks to the Drone Scanning system, for a 1:1 recreation of all the track details, and the 3D scanning technology, to include real MotoGP riders’ faces in game. In addition, it will feature exclusive improved features to make the game experience as immersive as ever, such as new cut scenes, the spectator mode and brand new interactive tutorials.

MotoGP 18 will also come with enhanced AI, bike physics, a new collision system, a scalable damage system and tire management system, and will introduce riding aids to offer a more enjoyable simulation at every level.

The game will release on June 7th.