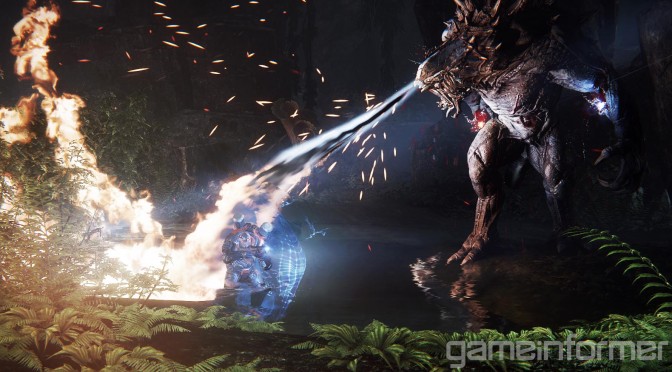 As promised, 2K Games has released the interactive multiplayer trailer for Turtle Rock Studios’ upcoming MP title, Evolve. This trailer is 54 minutes long and let us experience the thrill of 4v1 from every perspective in an interactive, multi-channel trailer featuring commentary by Aaron “Ayesee” Chambers and Turtle Rock Studios’ Chris Ashton. Enjoy!