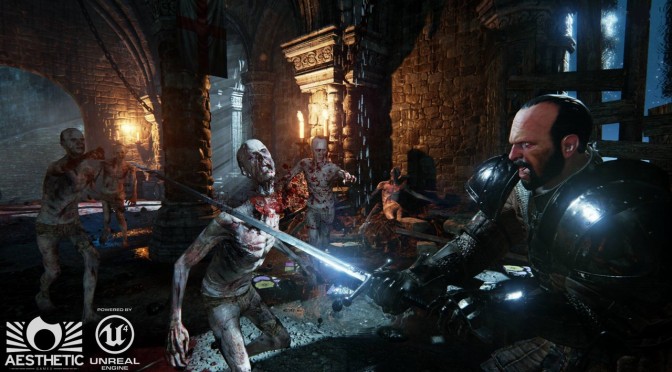 Aesthetic Games has released a gameplay trailer for its upcoming co-op action horror game, Dead Crusade. Dead Crusade is a medieval survival horror RPG that will take you to Medieval Europe in a time of great upheaval and strife as an unstoppable plague tears the world apart. The game is powered by Unreal Engine 4, is planned for a 2015 release, and there is a Kickstarter to pledge your support. Enjoy and kudos to LGN for spotting it!