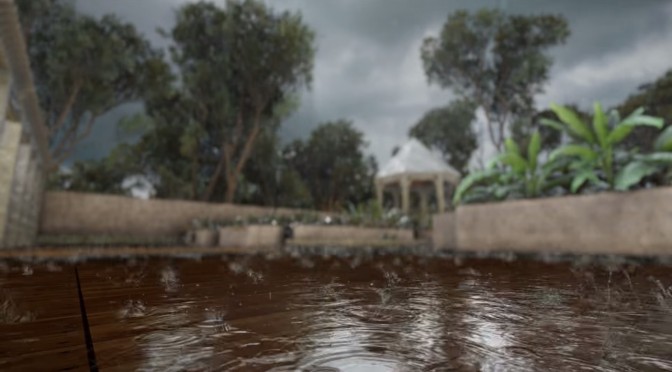 YouTube’s ’18T220′ has released a new video, showcasing some new and custom rain splash refraction effects in CRYENGINE. It’s a really cool video showing some new techniques that developers can implement, so be sure to watch it after the jump!