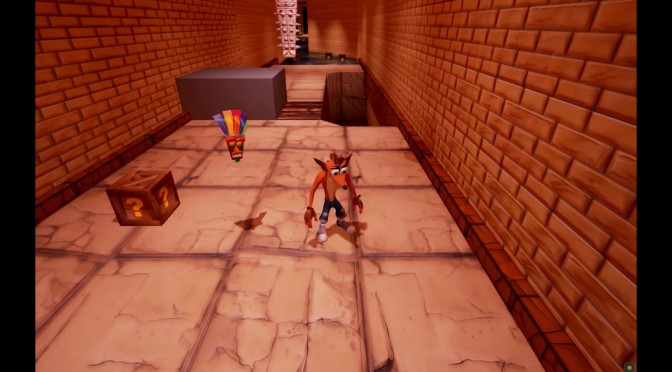 YouTube’s ‘Anisotropic’ is currently working on a fan remake of Crash Bandicoot in Unreal Engine 4, and released a new video showing what this project looks like in its current state. And let us tell you that it does look amazing. Anisotropic has already implemented a lot of Crash’s moves, and the environments look straight out from a new Crash Bandicoot game.

Here are the new features of the current build for Crash Bandicoot in Unreal Engine 4 (version is not yet available to the public).

– Reproduced theme musics by hinz (+relu419)
– Frame rate issues solved, low-spec PCs can run the game
– Water pipes removed due frame rate issues on Nvidia Flex (They will be added back in the final version)
– Nvidia Turbulence integration on Warp Spheres and purple crystal.
– New purple crystal (It’s damn bright on the video, already fixed, sorry for that :/)
– All of enemies, water props and traps animated with matinee.
– Crate blueprints are rewritten from the scratch. Crates are colliding with Crash like the original game.
– Exclamation Crate is completed.
– Wumpa Launcher has serious problems, I will work on it.
– Textures are minimalized again, removed all of pictures from the walls. I will make something different with them in the future.
– Post-processing effects for under-water.
– New lighting (isn’t done yet, I’m still working on it)
– Other small details…
– Jumping animation on crates isn’t done yet.
– Some enemies are not in the map, they will be added in the final version.
– Map is still prototype, everything can be changed