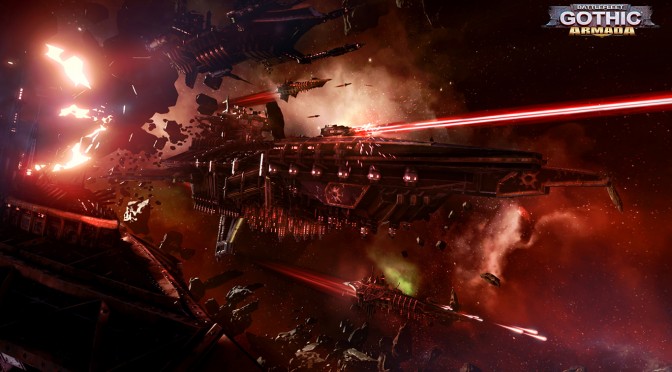 Focus Home Interactive has released a new trailer for Tindalos’ upcoming Unreal Engine 4-powered real-time strategy title, Battlefleet Gothic: Armada, that focuses on the Eldar fleet. The Eldar ships are said to be fast and highly manoeuvrable and their strategy is based around hit-and-run assaults. Enjoy the trailer after the jump!