Have you ever thought of buying a motherboard having a discrete GPU ? Worry not, because a Chinese motherboard vendor Zeal-All has recently revealed its new ZA-KB1650 motherboard, featuring an Intel LGA1151 CPU socket and the Nvidia GeForce GTX 1650 GPU in a single package. Think of this as an all-in-one motherboard for a compact “gaming” PC.

This new ZA-KB1650 mobo doesn’t conform to any official “form factors” though. The motherboard is supposedly having  a “234.95 x 197.48mm” footprint, which puts it in the middle of FlexATX and MicroATX form factors.

Even though the ZA-KB1650 is based on the same LGA1151 socket, it does support a more modern chipset, the H310C. This gives the board support for Intel’s Core chips all the way spanning from the 6th Generation to 9th Generation families, which is impressive. The H310C chipset supports 6th,7th,8th and 9th generation core i3, i5 and i7 processors, something which wasn’t possible in previous consumer-grade 300 series chipset motherboards.

The ZA-KB1650 isn’t built for overclocking though, which can be seen from the motherboard’s  4-phase power delivery system. Furthermore, there are no 24-pin or 8-pin EPS power connectors on this board. The ZA-KB1650 draws its power entirely from a 19V DC port/input.

You won’t be able to swap out a new graphics card though, because the GPU and other chips are soldered to the motherboard’s PCB. A heatsink and a corresponding cooling fan can also be seen as the cooling solution for this board.

There are only two SO-DIMM DDR4 RAM slots. According to the manufacturer, the maximum support is for 32GB, and memory speeds are limited to DDR4-2133.

The storage options on the ZA-KB1650 are rather limited though. There’s only one SATA III port, but you get access to an M.2 port that appears to support SSDs up to 80mm. Moreover, the motherboard provides one HDMI port and two DisplayPort outputs for connecting any Monitor.

The feature list on the ZA-KB1650 includes support for PoE (Power over Ethernet), and different kinds of monitoring parameters, such as temperature, voltage and system power management. The motherboard is compatible with the following operating systems, Windows 7, Windows 8 , Windows 10 and Linux.

There is no word on pricing yet. More information is available on Zeal-All’s website. 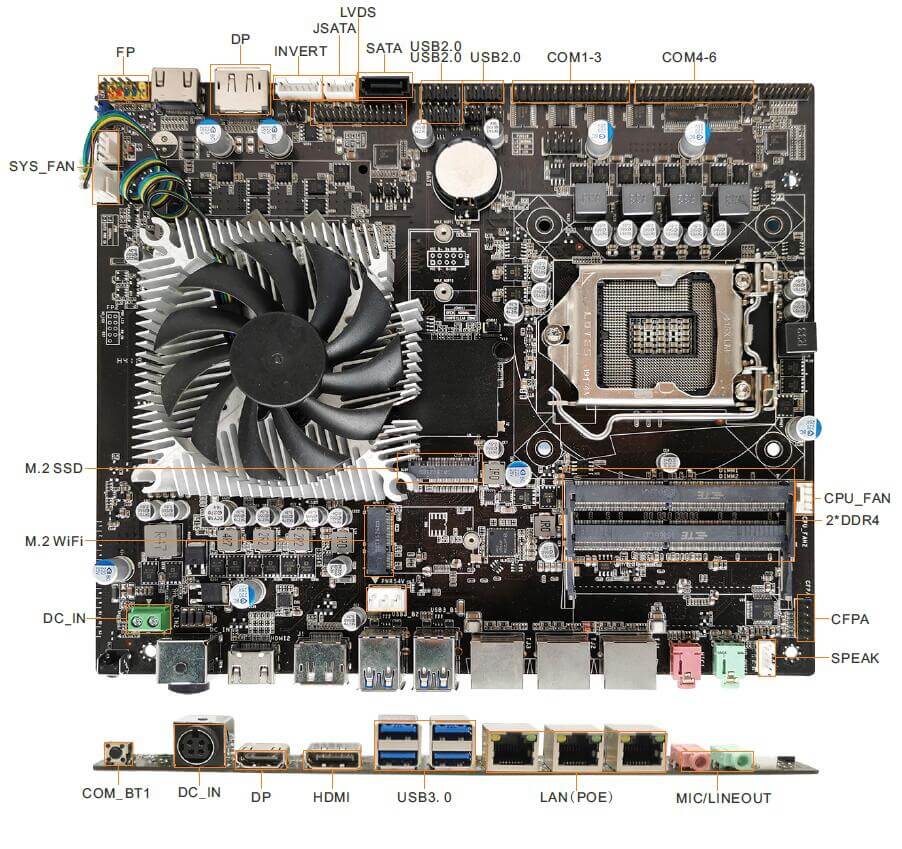