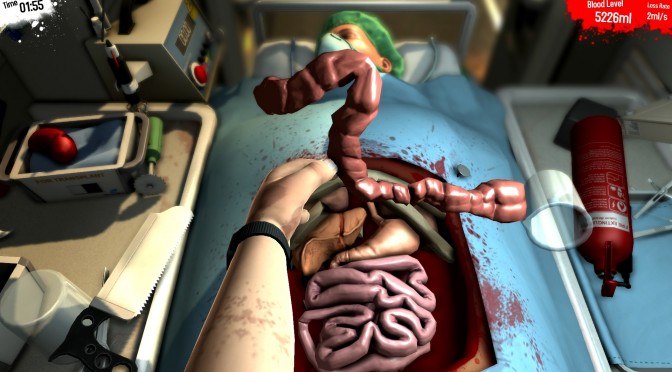 Bossa Studios has announced that Surgeon Simulator 2013 has sold over two million copies worldwide. That’s a huge number of copies for such a game, so kudos to the team for achieving something that seemed impossible a couple of years ago (I mean, let’s be frank here; who would have thought that Surgeon Simulator 2013 would be such a success?). END_OF_DOCUMENT_TOKEN_TO_BE_REPLACED

Surgeon Simulator 2013 may very well be the coolest and most enjoyable title of 2013. Its original prototype version – developed in just 48 hours at the 2013 Global Game Jam in January – challenged players to complete a heart transplant, however Bossa Studios decided to further polish it, and release it on Steam. According to the team, the full Steam version comes with additional features, operations and environments. What’s also great is that the game is priced at only 6,99€ (for the next 23 hours), so waste no time and purchase it. You won’t regret it. Enjoy its official trailer below, and special thanks go to our reader ‘Ghost Rider LSOV’ for spotting it! END_OF_DOCUMENT_TOKEN_TO_BE_REPLACED