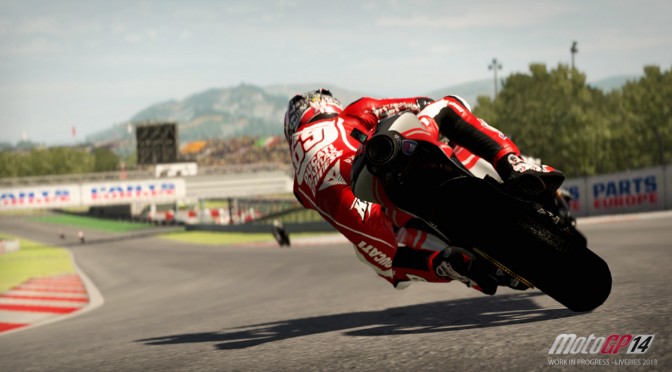 Milestone has released a new trailer for MotoGP 14 that focuses on the rider champions from the past and the present that will be featured in it. MotoGP 14 features tracks and riders from the official MotoGP 2014 season, the riders from MotoGP 2013 class and Champions from the past, plus more than 100 riders, all the official manufacturers and 18 tracks. The game is scheduled for a June 20th release. Enjoy! END_OF_DOCUMENT_TOKEN_TO_BE_REPLACED

Milestone announced today that MotoGP 14 will be available on PC, Steam, X360, PS3, PSVita and PS4 from the 20th of June 2014. In addition, those who pre-order the game from GAME in the UK will receive an exclusive ‘Legends of MotoGP’ card game pack. END_OF_DOCUMENT_TOKEN_TO_BE_REPLACED