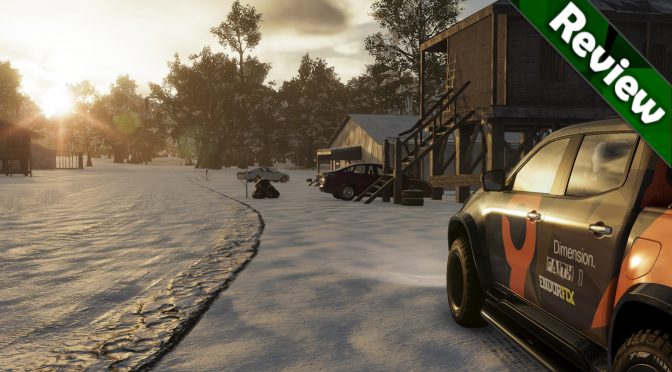 The moment a Uplay notification popped up announcing that The Crew 2 had finished downloading, I had a stroke of genius. It had just been a week of hard work, and I was looking forward to some intensive, gaming therapy to relieve my exhaustion. My girlfriend also happened to be at a conference, so the living room was all mine! I freed my entire weekend, hooked my PC up to the TV, and raced on the (relatively) big screen while I lived off nothing but pizza and beer for two days. Believe me, it was a weekend to remember.

At first I expected The Crew 2 to be yet another racing game designed more as a platform to host microtransactions rather than a player-centred experience. Decent arcade racers are few and far between these days which made me wonder if this one could stand out on its own strengths. The game had also received a rather lukewarm reception since its release which certainly added to my skepticism.

After my own time with Ubisoft’s latest racer, however, the negativity was mostly lost on me. While I noticed that The Crew 2 sometimes trips a little over its own ambition, it still manages to be a fresh reimagining of the arcade genre at its core. Overall, I found Ivory Tower’s game to be a robust yet uncomplicated motorsport game that offers a number of interesting opportunities to have fun.

True to Ubisoft’s protocol, the single player campaign involves being set loose on a giant map chockfull of events to earn stuff, which in this case is a compacted version of the entire USA. The only real instruction is to become a racing wonderboy/girl by levelling up your status. How and when to achieve this objective is left entirely up to the player.

Like me, many will just point their wheels at one of the hundreds of different event markers spread across the world to start burning through the competition. For those that prefer to take their time, the game will be happy just to let you enjoy the unrestrained feeling of driving, flying or boating out into the open, while blasting you with its lively, alt-rock soundtrack.

Ivory Tower have clearly learnt from the mistakes of other studios and decided not to shoehorn a farcical story into their racing game. What little story is in The Crew 2’s career mode exists mostly on the periphery to help with the player’s sense of progression. The classic ‘rookie rises to the top’ narrative has been recycled here which, thankfully, never hinders the pacing of the game.

Still, I cringed when the game informed me that my rise to greatness would be judged according to how many followers I had garnered on an unspecified ‘social media.’ Rather than granting, say, medals or XP, The Crew 2 tries to make levelling up more relatable by rewarding the player’s victories and stunts with online admirers.

Because that’s what all the cool kids are sharing on Facebook, Instagram and YouTube nowadays. Not memes, doggie filter selfies or life hacks, but videos of race cars…

Anyway, I was staggered by the size of the map, but there is a valid point to be made that exploring The Crew 2’s open world in free travel mode can get a bit dull at times. For all the variety that the game can boast in its environments, they end up being rather barren as my vehicle was sometimes the only object from one horizon to the next. In truth, I rarely felt the need to just cruise around.

The upside of having such an imposing expanse is that the game can accommodate many different locations to race in. Ivory Tower cleverly employed their mini-America to add geographical diversity to each race as they could build courses from a wide selection of landscapes. Circuits always felt fresh, and I never really had that moment where I thought “oh, I am going through here again.”

The Crew 2 provides more than two hundred, licensed vehicles available to tear up all that open space, and it is incredible how each one imparts a noticeably different feel and handling.  Available to race are motorbikes, jet sprints, power boats, monster trucks, dune buggies, trucks, hovercrafts, stunt planes and, of course, cars.

Many vehicles from this list also have several different variations depending on what discipline their design has in mind. Motorbikes range from scramblers to choppers, boats range from jets prints to long-nosed power boats, and cars… wow. When you do the math on just how many variations exist for each type of vehicle, and how many races have been built around each variation, it paints an impressive picture of the level of content The Crew 2 can throw at you.

As for the actual gameplay, well, it will all seem very familiar to even the most casual gearhead. Ivory Tower has effectively made a ‘CARPG’ by combining various elements from established franchises such as Dirt, Need for Speed, and Forza: Horizon. Fortunately for them, they managed to replicate what they borrowed from these games very well. The car racing is, for the most part, very good.

I have played some really awful boat racers in my time, so I was relieved to find that water races in The Crew 2 were essentially an extension of the car events. Water presents different challenges to land though, so I had to use some tactics to get in the lead. With boats it is all about staying out of your opponent’s wake and landing stern-first after a jump to ensure you maintain your speed.

What could use some more tweaking with speed boats is that they reach their maximum acceleration quickly. This sucks because it completely takes the excitement away on long stretches, and it makes it really hard to overtake other racers.

Planes are a different story in that they are based on skill more than speed. There are checkpoint-based time trials, however, the basic idea is always to gauge how quickly the player can perform certain stunts like barrel rolls, loops and inverted flying. The controls for planes have also been simplified nicely without being too dumbed down, but it was annoying that the game sometimes failed to register my stunts.

Graphically speaking, The Crew 2 will put up a good show without making your Titan V gasping for breath. The weather effects are superb and it is amazing how reactive everything is to the effects of rain, fog, or snow. The addition of an active day/night cycle also really adds to the immersion, and you can manipulate all the aforementioned variables in a dedicated photo mode packed with adjustable settings.

The vehicle textures are another highlight. Changing to cockpit view reveals that not only have the exterior of two hundred plus vehicle models been replicated in loving detail, but also the view from behind the wheel. The comprehensive livery/decal creator was equally a nice touch, and you can share your work of high art online for bragging rights. I always used the work of other players since peoples’ creative potential never ceases to amaze me.

A few cracks do show up here and there in the game’s visual design. I could tell the cities in particular looked strangely bland and lifeless when racing through the streets. The draw distance also leaves much to be desired as I noticed some obvious pop-in of vegetation within certain environments.

Still, while my PC’s specs are usually the butt end of every joke, the only loading screen I repeatedly encountered was at the menu screen. From there, everything from fast traveling to a race, to zooming in and out of the entire map happens almost instantaneously.

Finally, after years of enduring ‘Jump to garage,’ there is no delay in switching between two vehicles in an open-world racer. Players have the option to use the ‘Fast Fav’ system in order to switch dynamically between any air, land or sea vehicle. While mostly just a party trick to make free roaming easier (and a handful of races), the speed at which the game pulls it off is truly a technical achievement. I find myself wondering why other developers don’t do this kind of thing all the time.

And yes, you can level out at ten thousand feet above the desert and turn your plane into a boat. Now that I would share on social media!!

I am still trying to figure out why this game presents itself as a sequel to The Crew. After nearly 30 hours of racing by myself, I have yet to encounter my eponymous ‘crew.’ Either it refers to the fact that you can race in co-op with three friends, or perhaps my driver avatar has  secret dance career. PvP is apparently arriving only in December which makes it feels a bit strange to play a game that was clearly built around the theme of multiplayer.

While there is nothing overtly wrong with The Crew 2, most criticism was directed at how the game takes a markedly light approach to its content. I get the sense that the game wants you to have fun more than offering an intricate, complicated experience. If you are looking for a much deeper racing title that will demand hours of your time to master, this game might be the wrong kind of scratch for that itch.

If, on the other hand, like me, you have an easy weekend ahead and want to take a break from playing the hard-core sims, do yourself a favour and play this. I really enjoyed the gameplay, and I feel that Ivory Tower has submitted an interesting, new direction for the evolution of the arcade genre. Since Ghost Games has now wrecked two Need for Speed games in a row, The Crew 2 is probably the best alternative. The Crew had something of a cult following and I am almost certain its sequel will have it too.

Remember to also check out our The Crew 2 PC performance analysis!