Ubisoft has just released The Crew 2 on the PC. The Crew 2 is a new open-world online game in which players can drive cars, powerboats, and fly planes. What’s really cool about The Crew 2 though is that players can shift from one vehicle to another with just a push of a button using the Fast Fav feature and experience the full potential of the game’s huge and seamless open world. As such, it’s now time to benchmark the game and see how it performs on the PC platform. 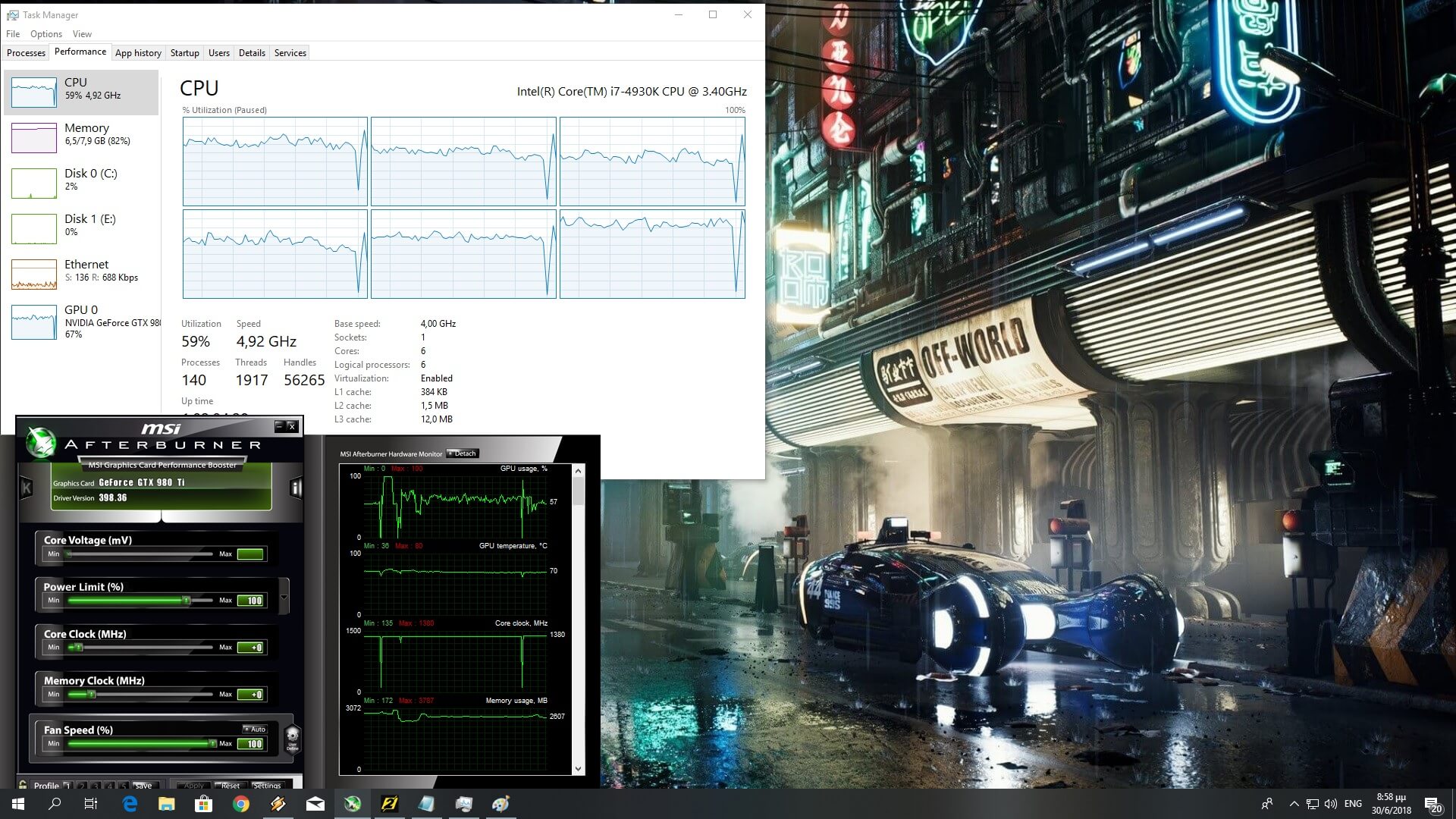 Ubisoft has implemented a respectable amount of graphics settings. PC gamers can adjust the quality of geometry, shadows, textures, environmental mapping, depth of field, motion blur, grass, volumetrix fx, anti-aliasing, ambient occlusion, screen space reflections, weather and terrain. Surprisingly enough, and contrary to other Ubisoft games, there is no support for TAA and there are no preview windows when changing settings (like those found in Far Cry 5, Ghost Recon Wildlands and Assassin’s Creed Origins). The game is also locked at either 30fps or 60fps. 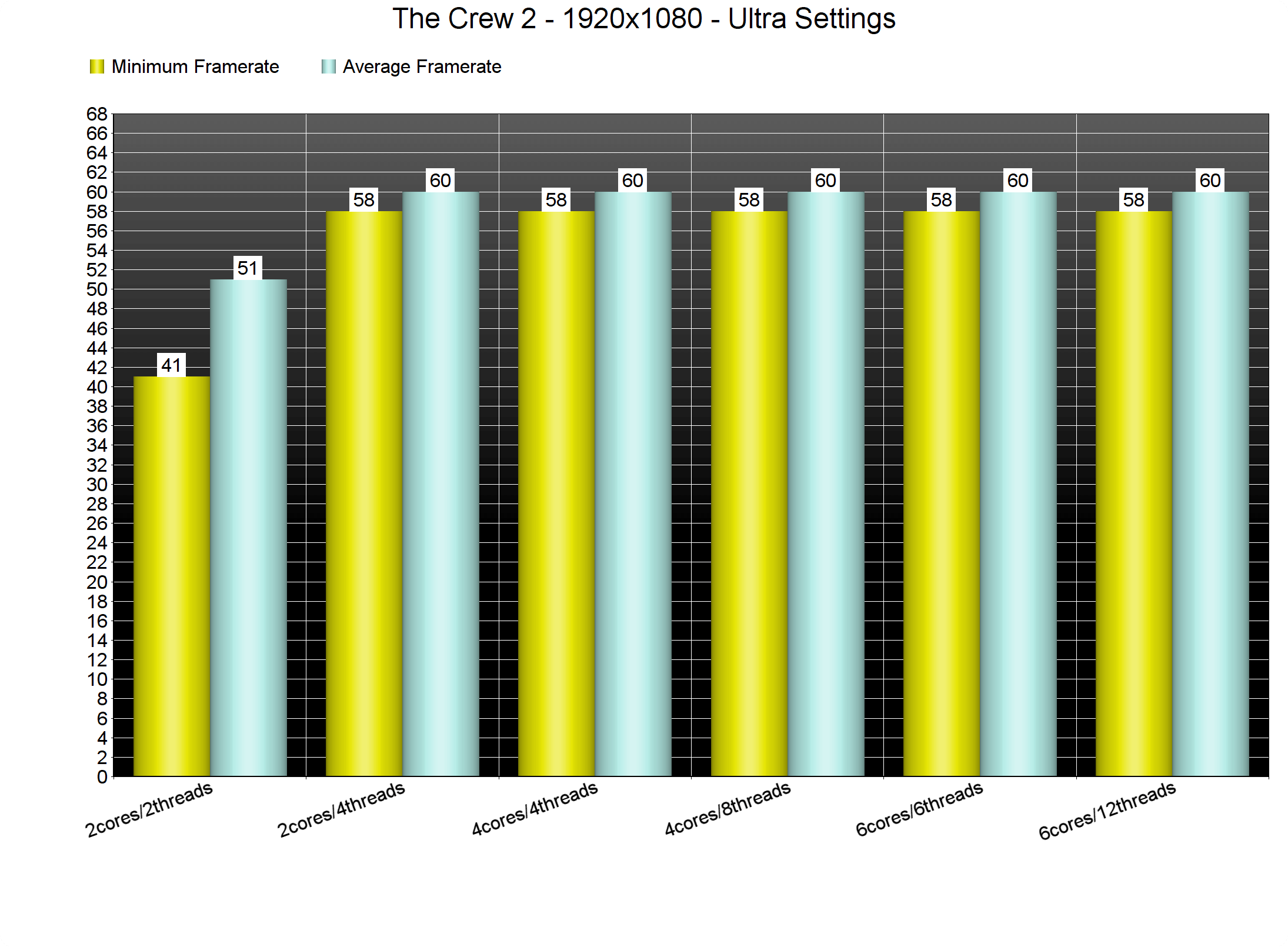 As such, The Crew 2 can be easily described as a GPU-bound title. At 1080p and on Ultra settings, our GTX980Ti and our AMD Radeon RX Vega 64 were able to run the game smoothly. Our AMD Radeon RX580 fell behind with a minimum of 55fps and an average of 60fps. Last but not least, and mainly due to the lack of an SLI profile, our GTX690 was unable to offer a smooth experience (though it was able to offer a ‘console experience‘ – 30fps – with better visuals). 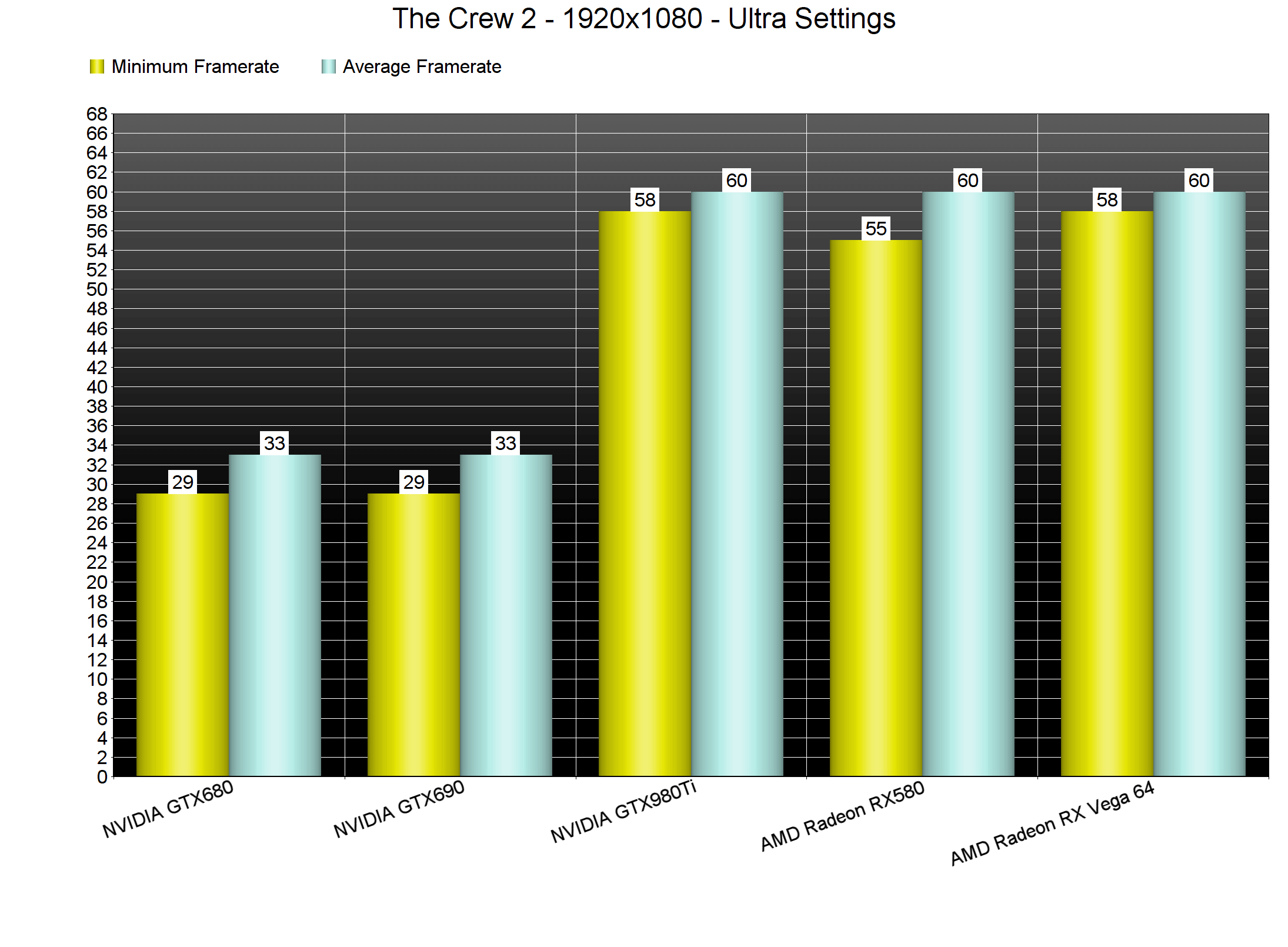 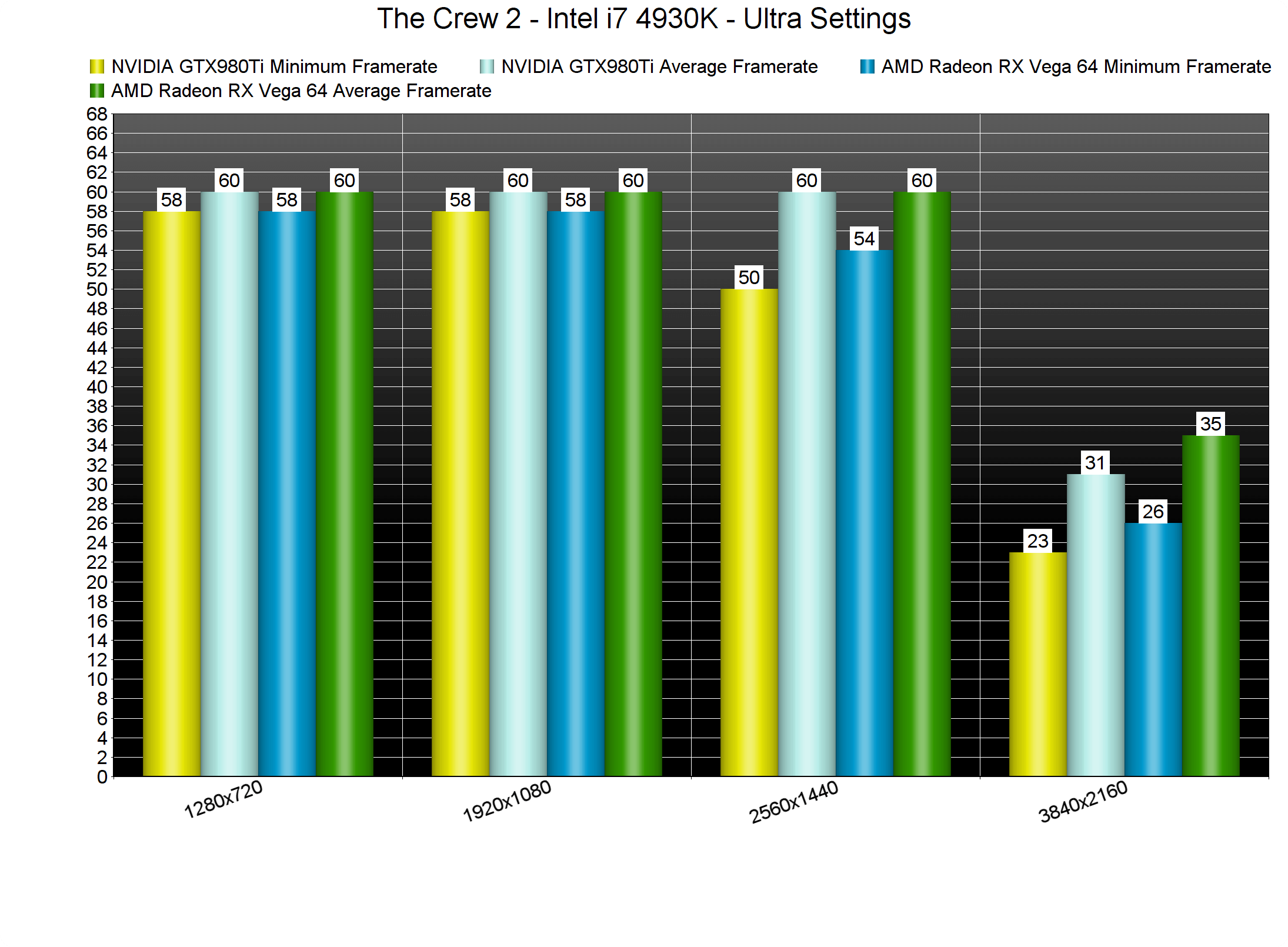 Graphics wise, The Crew 2 is a great looking game, though I believe it does not look as amazing as Forza Horizon 3 does (or at least did when it launched). The game features a really open-world environment and there is no stuttering at all, even when flying with a plane at high speeds. However, there is a lot of pop-in and the cities feel a bit lifeless. On the other hand, the lighting system is great, the water effects are awesome and most vehicles are highly detailed. Players can also destroy and knock a respectable amount of objects, so this is a nice touch (though trees are indestructible).

Before closing, we have to note a really strange behaviour we experienced with VSync. When enabling VSync – and although we’re using a 120Hz monitor – the game performed slower than anticipated on our RX Vega 64. Take for example the following screenshot. When we enabled VSync, the game was running with lower than 50fps and our GPU was underused. When we disabled VSync, the game was able to fully utilize the GPU and run with 60fps. 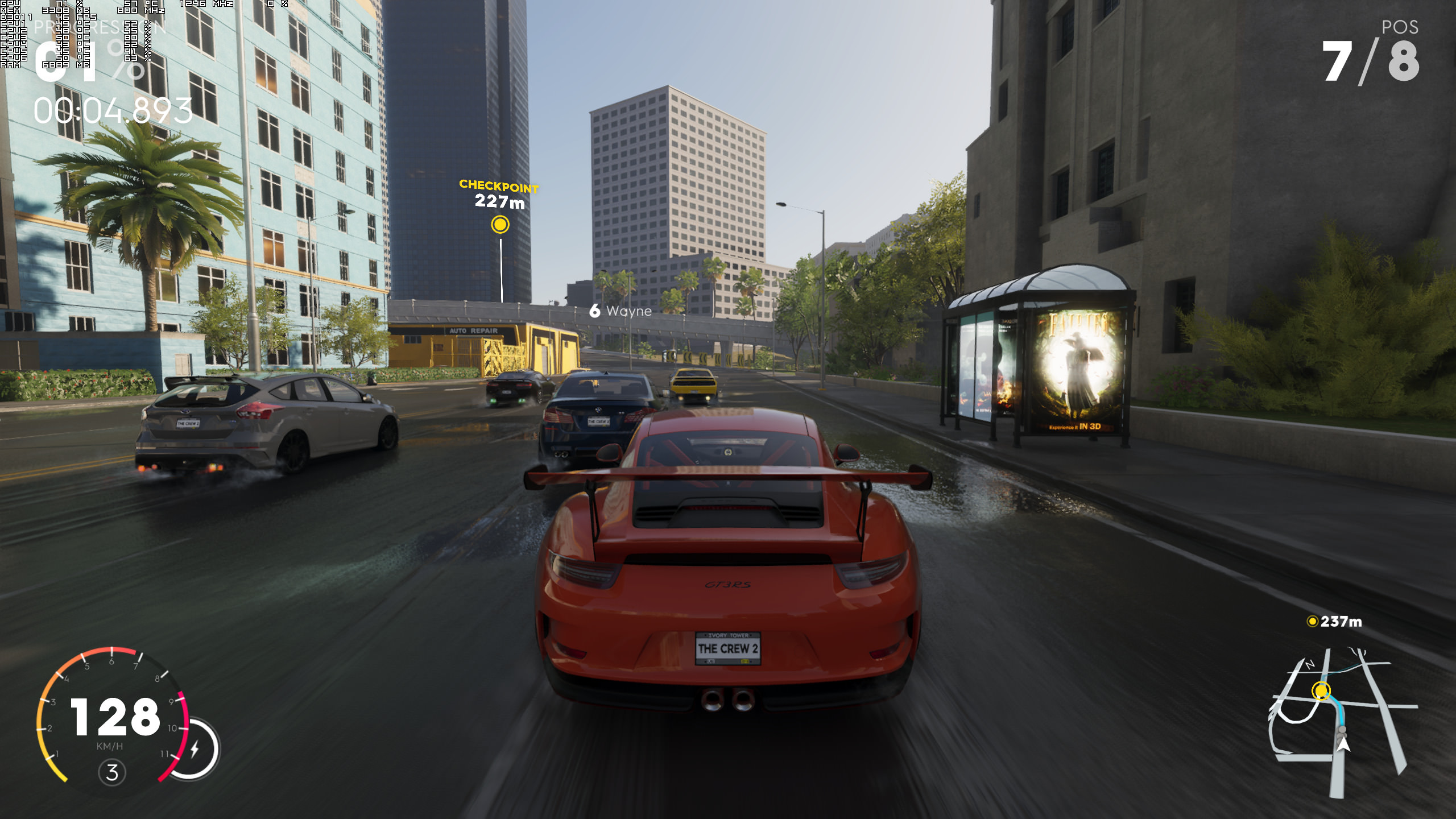 All in all, The Crew 2 is well optimized for the PC platform. The game does not require a high-end CPU, though it does require a really powerful GPU for higher resolutions than 1080p (unless you are willing to lower your settings). Still, The Crew 2 looks great so I guess – to a degree – it does justify its GPU requirements. There are proper keyboard on-screen indicators and we did not experience any stutters while playing (even when installed on an HDD instead of an SDD). We did notice though some awkward little annoyances (for example, the main menu is assigned to F10 instead of ESC and you can’t use your mouse to ‘catch‘ and move the map). It’s not perfect but it’s one of the ‘smoothest‘ Ubisoft games we’ve played.