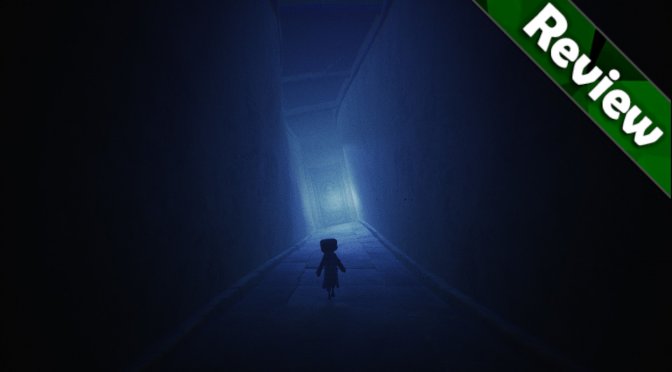 Horror games have earned a reputation for being some of the most engrossing experiences in gaming history, and Little Nightmares II has no intention to disappoint this legacy. As an engaging puzzle platformer crafted within a nerve-shredding horror experience, Tarsier Studios’s latest game is guaranteed to haunt most players even long after the credits roll.

I hadn’t played the original Little Nightmares by the time my review copy arrived, so I decided to complete both games in parallel. From this it was clear that the Sweden-based studio has put a lot of thought into how their I.P. could be evolved and expanded. While a one or two issues still persist, Little Nightmares II is a top-notch sequel filled with many surprises and unique moments.

A dark if somewhat elusive tale

It behooves any reviewer to introduce a game by its plot, but I confess I am still a little hazy on what the backstory is in both this game and the series as a whole. Little Nightmares II, like its precursor, plunges the player straight into the protagonist’s world and has them deal with what’s in front of them, whether it makes sense or not.

As such, the game opens where a masked boy, named Mono, awakens in an eerie forest. While no preamble reveals how the tiny lad got there (or why he has an upturned paper bag on his head), it is clear that he must leave this place. There is an abundance of lethal traps in the undergrowth, and several putrid, fly-ridden carcasses leave no doubt what will happen if he gets himself ensnared.

After braving the woods and reaching a ramshackled log cabin, Mono stumbles upon Six – the equally small protagonist from the first game – who then joins him on his quest to escape the forest. The diminutive duo discover they work well as a team, and together embark on a journey to find sanctuary.

Their quest eventually brings the pair to a terrible place known as The Pale City. Given the horrors that await them in there, I’d say it is out of the frying pan, and into the fire. Should have just camped in the forest!

Whereas Six’s getaway was set in ‘The Maw’ – a huge slaughterhouse drifting on the ocean – her wanderings with Mono take the player on a tour through the classic archetypes of scary places. From the deadly forest that establishes the game’s opening, Mono and Six must also brave a desolate, rain-drenched city, a decaying hospital, and the spawning ground of childhood trauma: a school.

These diorama-like levels are much larger and more open than the claustrophobic compartments of the previous game, and the developers have pulled out all the stops in crafting the melancholic atmosphere. The strategic use of lighting, excellent ambient sound design, haunting music and the fact that no two areas ever repeat themselves come together in a sort of ‘hand-made’ attention to detail.

Moreover, like the two mute protagonists themselves, the environments are a crucial component in this game’s strictly visual language of storytelling. Small things like an abandoned child’s room or an empty set of clothes on a park bench constantly remind the player that life and safety have been replaced in this world by despair and death.

That feeling of running in a dream

Little Nightmares II is effectively a 2.5D side-scrolling platformer, and by shrinking the player down to the size of a gnome, Tarsier Studios have turned ordinary rooms into potential playgrounds begging to be explored. Shelves become a ladder to reach higher ground, a light switch cord becomes a climbing rope and… mortuary fridge cabinets become jumping platforms. Gross.

I was particularly impressed with how the Unreal Engine 4’s physics system makes every area highly reactive to Mono and Six’s presence. This is particularly beneficial towards the puzzle designs which encourage the player to solve problems in a practical way as opposed to grappling with abstract head-scratchers.

For instance, during the latter stages of the game set in The Pale City, Mono gains the power to use old television sets as portal devices. I had a blast climbing through the dilapidated apartments and using a remote to switch on the screens so I could teleport Mono where he needed to go. Besides, the gorgeous visual and sound effects as he pushed himself through the screen never ceased to loose their charm.

As another example, during the school level, I noticed a switch sitting high on the wall which obviously unlocks the door to leave the room. Normally Mono could simply pick up something from the floor like a toy or even a bar of soap to hit and activate the switch, but there was nothing nearby. There was, however, a brain floating in a jar on the shelf above me… I’ll let you figure out the rest!

The best part is that Little Nightmares II is built entirely from these creative, moment-to-moment tasks that the tiny twosome must solve in order to progress. It really makes exploring and interacting with the game’s world rewarding, and I was amazed that the devs could fit so much into what is ultimately a relatively short game.

It is also worth mentioning that this is not a co-op campaign, nor is Little Nightmares II a protracted escort mission. Six is very much an autonomous companion and will surely call up memories of Elizabeth from Bioshock Infinite given how alive and interactive she is. She will shield her eyes if you shine a torch at her face, and once I even caught her casually breaking the fingers of a prosthetic hand while she was waiting for Mono. Okay….

There is now a much higher number of enemies throughout the game, but unlike Six, Mono has a little more fighting spirit as he can wield basic weapons against the weakest enemies. This doesn’t make them any less scary since swinging an axe at a disembodied hand that scuttles over the hospital floor was still a spine-tingling prospect.

The most tension-filled moments are, of course, when players encounter the ‘boss’ type enemies that rule over each of the different areas. They represent real-life figures that would typically dwell in these settings such as a doctor in the hospital, or a hunter in the forest. However, like the world around them, they have been warped and distorted into monstrous and frightening caricatures of their former selves.

Mono and Six are utterly defenseless against these bosses and a harrowing death awaits if they get spotted even once, so a key part of dealing with these beasts is just to sneak past. Here the stealth gameplay Little Nightmares II is highly rewarding since it challenges the player’s ability to use the environment for staying hidden from the lumbering giants. That is, they are something like puzzles in themselves.

In other moments, it will be too late and you had better hold that run button down hard with the boss hot on your heels. These sequences chilled me to the bone particularly since the game expects you to react very quickly to obstacles in your path while Mono runs juuuuuuuuuust fast enough to escape their clutches.

While I was pretty scared, these sections were still action-packed and done very well. It was both horrifying and magnificent to see a huge boss crashing through rooms as they slowly get closer and closer to Mono and Six sprinting frantically just beyond their reach.

As I mentioned, there are noticeable quibbles that have reached this Little Nightmares sequel from the first installment. Firstly, Mono, like Six before him, feels just a little too clumsy both during combat and while moving around the levels. I get that his ham-fisted control scheme is intended to convey Mono’s child-like nature, but this type of fiddly handling still devolves into incredible frustration sometimes.

Moreover, the gameplay also becomes infuriating when a little too much precision is required from the player. Mono would often miss an enemy with his melee strikes or flub a jump if my aim was just a little off, which is an easy thing to do when playing a game from a perpendicular viewing angle. Would have been nice if the game was perhaps a tad more forgiving in these areas.

There were many things I expected from Little Nightmares II. As a sequel to a well-received, middle shelf horror title I knew that this game would be scary, have similar puzzles, and that I would probably get irritated with the controls every now and then. I also anticipated that it would probably be very good given that the previous entry was obviously developed with a passionate studio behind it.

Little Nightmares II certainly met all of these expectations, but it actually exceeded them in ways I could not have imagined. Tarsier Studios is not a particularly big studio but the effort they have put into this game makes it play as if it was backed by a much bigger team and a more sizable budget.

This is truly an exceptional and detailed horror experience that I would happily recommend, and that I cannot wait to complete again. I just need to give my frayed nerves a chance to heal.