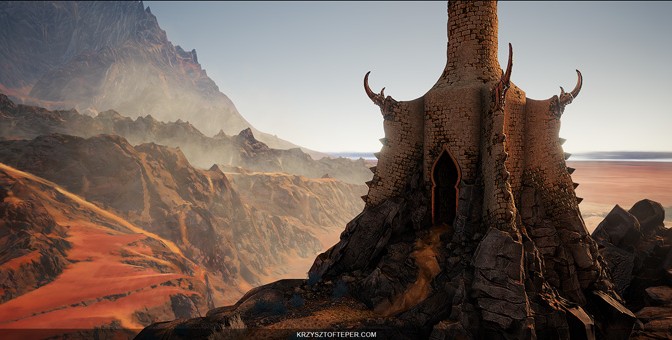 Polycount’s member ‘Tepcio’ has shared some new images from a map he has just finished. This map is based on The Witcher Saga, and gives us an idea of what that a desert region (a region that CD Projekt RED never included in its games) could look like in Unreal Engine 4. As Tepcio noted, the ‘The Witcher’ book series reach far beyond what CDPR has featured, and is inspired by the Korath desert. Enjoy!