Spiders Games and Focus Home Interactive released today three new screenshots from The Technomancer. Today’s screenshots show the Technomancer and his companions, arriving at Noctis, one of the last strongholds of civilization on Mars. Noctis is one of the many locations you will get to explore during your adventure.

“A “free city” that isolated itself from the War of Water which opposes the grand Companies such as Aurora and Abundance, Noctis still holds great dangers: bandits, pillagers, and some dangerous creatures who will put your warrior skills to the test.”

The game will also pack dynamic conversation dialogues that will play a deep role in quests, changing the story depending on the decisions you make.

In addition, there will be a crafting system via which players can craft equipment, weapons and armor for themselves and for the companions they’ll recruit along their adventure. 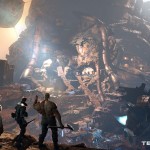 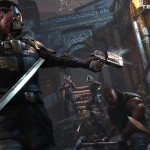 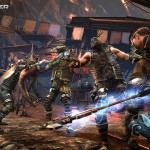