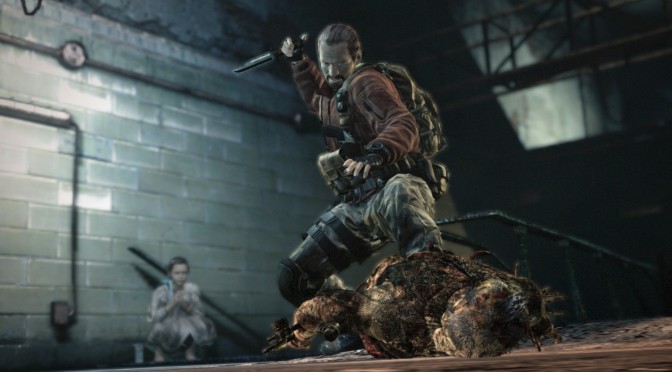 Capcom has released a new set of screenshots and a trailer for Resident Evil: Revelations 2 that basically confirm the appearance of Barry Burton as a playable character. Resident Evil: Revelations 2 is being developed by the core staff members of the previous entry, which hit Nintendo 3DS, PS3, X360 and PC. The game will be set in a new period and a new setting, and players will take the role of Claire. Unfortunately the video is a bit dark but it’s better than nothing, right? Enjoy!