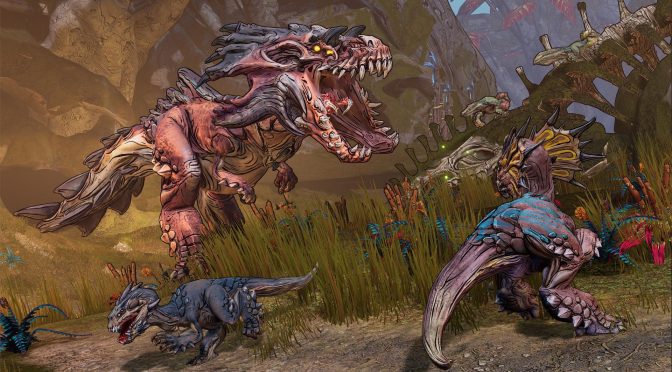 Gearbox has released a new set of screenshots for Borderlands 3. These new screenshots showcase the environments and some of the animals that players will encounter in Elden-6. They will also give you an idea of the graphics you can expect from this new Borderlands game.

Borderlands 3 promises to be a hilarious, story-driven, non-stop galactic thrill-ride The game will feature colorful characters, epic enemies and boss fights, and billions of guns.

The game will allow players to fully remap all of the controls, and will come with toggle headbob, auto-mantling, and aim assist options. There will also be extensive closed captioning options as well as deep considerations for color blindness.

Borderlands 3 promises to take full advantage of the most powerful PC hardware available. Gearbox has partnered with AMD so it may favour both AMD Radeon graphics cards and Ryzen CPUs. The game will also be one of the first that will support AMD’s new FidelityFX tech.

The game will also support cross-play though not at launch. Moreover,  and while the game will not feature any pay to win mechanics, it will have microtransactions for cosmetics.