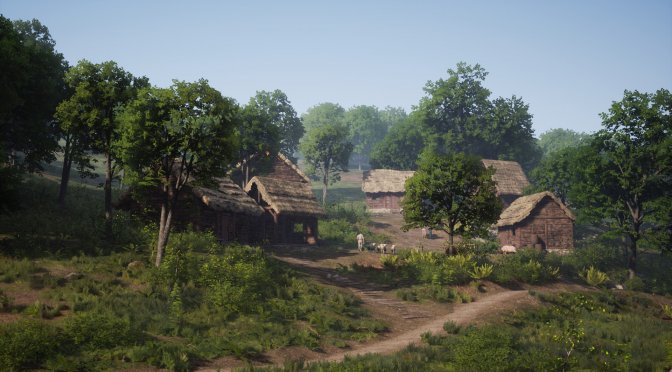 Toplitz Productions and Render Cube have launched the Steam Early Access phase for Medieval Dynasty. And, since the publisher has provided us with a review code, we’ve decided to share some 4K/Ultra screenshots from it.

In order to capture the following screenshots, we used an Intel i9 9900K with 16GB of DDR4 at 3600Mhz. As always, we’ve paired this machine with an NVIDIA RTX 2080Ti. We also used Windows 10 64-bit and the latest version of the GeForce drivers. Additionally, we’ve included MSI Afterburner in our screenshots in order to give you an idea of the in-game performance.

In case you weren’t aware of, Medieval Dynasty is an open-world medieval game, in which players can hunt and cultivate their land, build their home and expand their village.

Medieval Dynasty uses Unreal Engine 4. As you can see, its Early Access build ran with 41-57fps on our NVIDIA GeForce RTX2080Ti. The game also packs a similar medieval art style to Kingdom Come: Deliverance. Kingdom Come: Deliverance is using CRYENGINE and takes advantage of SVOGI, a technique that isn’t available in Unreal Engine 4. Thus, it will be interesting if someone compares these two games (once Medieval Dynasty leaves its Early Access phase).

Toplitz Productions plans to remain in early access for at least six months. This Early Access build includes all core gameplay mechanics, as well as a polished UI. Besides numerous activities such as hunting, farming, crafting, and building, there is an extensive questline which allows you to explore the game’s world.