Nvidia recently launched its new Ampere GPU in the flagship lineup, the RTX 3080. But the launch was plagued with a range of issues, since the RTX 3080 stocks were sold out immediately within few minutes at several retailers across the US, UK and Europe. Some Major e-tailers also experienced extremely high wave of traffic, and this brought their entire website down as well. Though, some customers managed to grab the GPU.

In the past few days there have been reports of several crashes/CTDs, and random black screen issues while Gaming, with factory-overclocked custom NVIDIA GeForce RTX 3080 graphics cards. The issues were reported on several tech forums and also social media platforms. Users have been experiencing severe crashes during Gaming sessions.

According to posts made on various Forums, the card seems to crash to the desktop while gaming, which is commonly referred to as CTD. Some users have also reported black screen issues as well, where the GPU driver simply bugs out.

A “crash to desktop” is said to occur when a program such as a video game in this case, unexpectedly quits, abruptly taking the user back to the desktop. Usually, the term is applied only to crashes where no error is displayed; hence all the user sees as a result of the crash is the desktop. Many times there is no apparent action that causes a crash to desktop. During normal function, the program may freeze for a shorter period of time, and then close by itself. Also during normal function, the program may become a black screen and repeatedly play the last few seconds of sound (depending on the size of the data buffer) that was being played before it crashes to desktop.

Many users claimed that the crash occurs when the GPU tries to exceed a boost clock value of 2.0 GHz. The problem was widespread. Wccftech’s Tech Editor, @Keith May, also faced a similar issue with a custom GeForce RTX 3080 GPU from Colorful which had to be returned back.

Now to see how many people caught it was a joke. But the ah my iGame card is said to have this issue but it didn’t happen while I was running it, they’re sending a replacement even though it ran fine ????

You can read the previous overview article as posted on ComputerBase. Apart from this, on LinusTechTips some forum users reported issues with the ZOTAC GeForce RTX 3080 Trinity.

At Overclockers.co.uk owners of MSI GeForce RTX 3080 Ventus 3X OC were experiencing similar issues. Even on ComputerBase’s own forums, you can find several threads on this same problem. Few other custom AIB card models are also exhibiting this same crash to desktop/black screen behavior. To get more info on this you should kindly check the following tech forum threads, NVIDIA, Tom’s Hardware, Tweakers, and Reddit.

“The card boosts significantly too high with default settings in games after only a few seconds with up to 2,040 MHz, which naturally causes a crash”, – R-47, a Community Member wrote.

At that time, ComputerBase was unable to reproduce this issue with at least three custom models, but they contacted the GPU manufacturers to rectify this issue. And now we have some official response from some of the custom board partners/AIBs.

On September 25th igor’s LAB published the first analysis of the problem, suggesting that the capacitors/CAPs used in the GPU are the main culprit. The capacitors can be seen at the back of the GPU, since most of these cards don’t have a backplate. The reference board PG132 design was used as base design by AIB partners to architecture their custom cards. But the issue here is that apparently NVIDIA’s BOM/ bill of materials left an open choice in terms of power cleanup and regulation in the mounted capacitors.

The Base Design actually features six mandatory capacitors for filtering high frequencies on the GPU voltage rails, NVVDD and MSVDD. There are a number of choices for capacitors to be installed here, with varying levels of capability. The better the filtering the less likely the GPU is to encounter any crash or instability issue at high GPU clock frequencies, including factory-overclocking.

The problem was first reported when custom GPUs were reaching 2.0 GHz+ clock speeds during gaming, which resulted in frequent CTDs, black screen issues. So if suppose the voltage filtering is worse and the GPU clock speed is too high, then more likely users are going to encounter this problem. This whole issue is related to the choice of capacitor, at least for now. But we can’t rule out any Power Supply issue as well, since the power supply unit’s +12V RAIL will also come into play here (to some extent).

Here is the thing. The custom board partners have to follow certain guidelines outlined by NVIDIA to either use POSCAPs (Conductive Polymer Tantalum Solid Capacitors), which are marked red on the picture below, or MLCCs (Multilayer Ceramic Chip Capacitor), which are marked as green.

We can also use a combination of both the CAP types. It appears Nvidia’s guidelines were not very clear, and it was hard to do a proper testing ahead of the GPU launch date. ‘Actually Hardcore Overclocking’ YT channel claims that these are not POSCAPs, but instead they are called SP-Caps.

Now, the GPU brands that opted for more MLCCs instead of POSCAPs are seeing fewer reports on instability and CTD. A full list of all cards including their capacitor layouts was compiled by Nestledrink (NVIDIA Subreddit moderator). The MLCC is actually cheap and small, and they operate at current high ratings, voltages, and temperatures, but they are prone to cracking and ‘piezo’ effects, and they also have bad temperature characteristics.

The POSCAP on the other hand is slightly bigger having lower voltage ratings but is worse at high frequencies. But they are stronger and not prone to cracking unlike MLCC. They also have no piezo effects, and also operate better at higher temperatures. These are mechanically also very strong (no MLCC cracking), and there is no DC bias as well (very stable at different voltages).

An electrical engineer who specializes in PCB design @Mirrormaster85 has posted more info on these capacitors. At this time, NVIDIA has not responded back. But we have some statements from some AIBs.

The manufacturer was the first to report on a issue unofficially to the press. Review samples that were already sent out, were later recalled.

“Recently there has been some discussion about the EVGA GeForce RTX 3080 series.

EVGA GeForce RTX 3080 XC3 series with 5 POSCAPs + 10 MLCC solution is matched with the XC3 spec without issues. Also note that we have updated the product pictures at EVGA.com to reflect the production components that shipped to gamers and enthusiasts since day 1 of product launch. Once you receive the card you can compare for yourself, EVGA stands behind its products! — Jacob Freeman, EVGA Forums.”

ASUS has changed the design in pre-production. No official statement was made.

MSI acknowledged the issue during the MSI Insider Livestream, suggested it could be a driver issue. 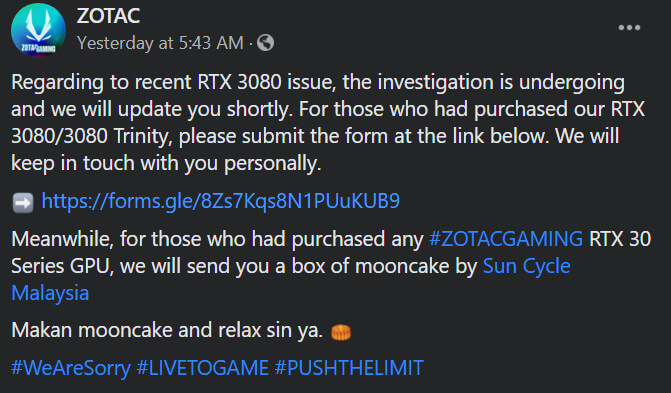 GIGABYTE and other brands:

No official statement, at this time of writing. Check back again for any updates.

To take some of the PCB board examples, NVIDIA in their Founders’ Edition designs used a hybrid capacitor deployment, with four SP-CAPs and two MLCC groups of 10 individual capacitors each in the center. MSI used a single MLCC group in the central, with five SP-CAPs guaranteeing the rest of the cleanup duties. ZOTAC took the cheaper route with a six POSCAP design. ASUS, however, designed their TUF with six MLCC arrangements, and there were no savings done in this power circuitry area. 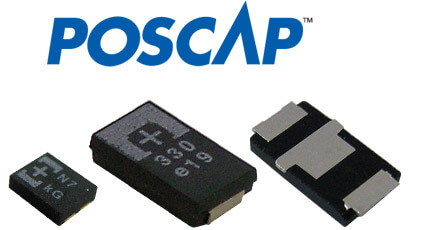 ZOTAC, GALAX, GAINWARD and Inno3D have responded to the RTX3080 crash issues.

1. GALAXY RTX 3080 Heijiang/Metal Master product, the number of SP-CAP capacitors on the back of the chip: 5, the number of MLCC capacitors: a set of 10. This version is currently on sale and is the original commercial version.

2. GALAXY RTX 3090 General/Metal Master product, the number of SP-CAP capacitors on the back of the chip: 4, the number of MLCC capacitors: two groups of 20. This version is currently on sale and is the original commercial version.

3. GALAX RTX 3090 GAMER trial production samples, currently only 6 pieces are in the hands of the media and KOL. The first batch of this sample uses 6 SP-CAP capacitors. After confirmation, the GAMER products officially produced and sold will be used for capacitor materials. Make optimization improvements. Note: This product is not currently on sale.

I am very grateful to the players and friends for their support and love to GALAXY. GALAXY is also consistent in its pursuit of product quality. It is our glorious mission to provide you with better and stronger hardware. In addition, the current full range of GALAXY graphics card products support three-year warranty and personal warranty service. If you have other doubts or questions, please feel free to leave us a message to discuss, thank you!

Thanks to the friends who bought and supported Gainward. Recently, we received the voice of market players’ inquiries. Many players are very concerned about our company’s just released 30 series products. Regarding the specific usage of the capacitors on the back of the chip, we hereby explain the situation:

All the RTX 3080 10GB graphics cards released by Gainward currently use 5 SP-CAP capacitors on the back of the chip and 10 MLCC capacitors. The versions currently on the market are all the original commercial versions.

All the RTX 3090 graphics cards released by Gainward currently use 4 SP-CAP capacitors on the back of the chip and 20 MLCC capacitors. The versions currently on the market are all the original commercial versions.

As a long-term AIC partner of Nvidia, Gainward has always been adhering to the product standard to design and produce completely according to Nvidia’s requirements. Therefore, currently players are concerned about the problem of capacitors and new product failures on the Internet. Currently Gainward has not generated such feedback.

In addition, all Gainward graphics card products support three-year warranty and personal warranty service. Thank you consumers and players for your support and love to Gainward. 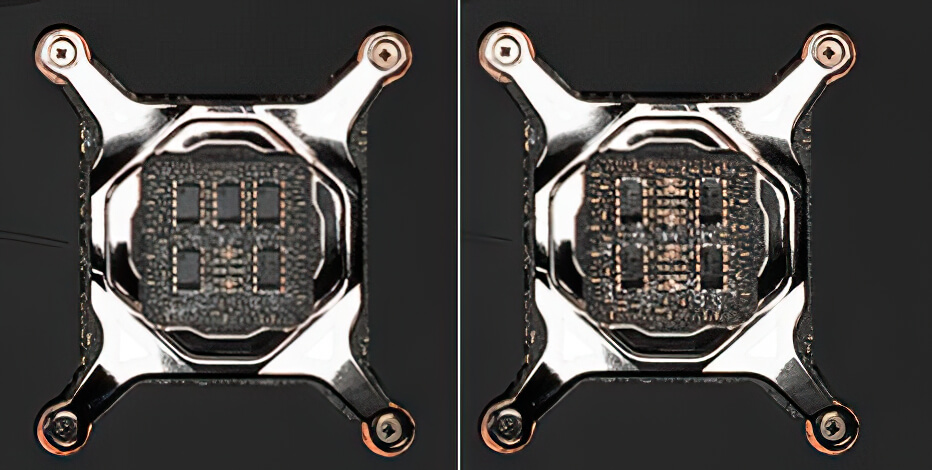