Now I’ll have to be honest here; these screenshots feel touched up. Truth be told, this is something we’ve seen in pretty much all of Ubisoft’s games. Still, I believe it’s worth mentioning it.

In Assassin’s Creed Valhalla, you are Eivor; a fierce Viking warrior raised on tales of battle and glory. Players can explore a dynamic and beautiful open world set against the brutal backdrop of England’s Dark Ages. Players will raid their enemies, grow their settlement, and build their political power in their quest to earn their place among the gods in Valhalla.

Yesterday, Ubisoft released a 30-minute gameplay video for AC: Valhalla, so make sure to watch it (if you haven’t seen it already). Now while Ubisoft has not commented on the game’s engine, I think it’s safe to assume that it will be using the AnvilNext Engine. Moreover, and contrary to Watch Dogs Legion, Ubisoft has not revealed whether it will add support for any real-time ray tracing effects.

It will be interesting to see whether the final product will look as good as these screenshots. 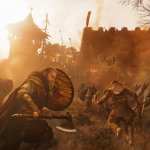 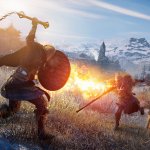 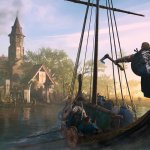 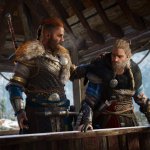 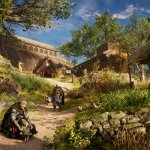 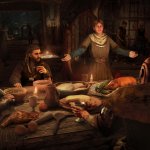 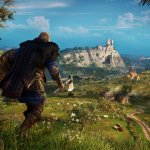