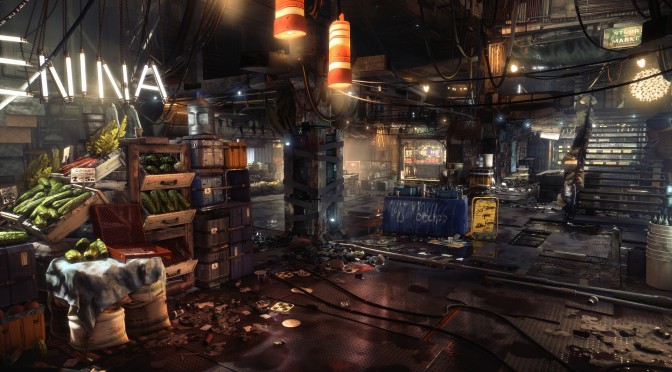 As we can clearly see, the lighting seems worse in the PS4 Pro version. It appears that Volumetric Lighting has been toned down, and the entire scene lacks the atmosphere found in the PC version.

Similarly to the Rise of the Tomb Raider comparison, it’s also obvious here that Deus Ex: Mankind Divided is not running in native 4K resolution on the PS4 Pro. We can clearly notice blurrier visuals compared to the PC version.

Enjoy the comparison below!