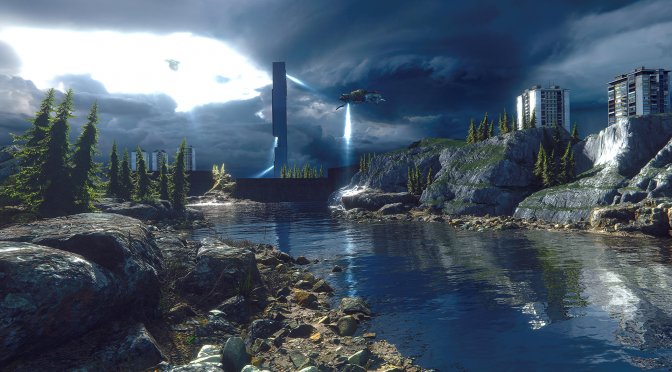 3D artist Deniz Sümer has shared some screenshots from a Half-Life 2 scene recreation in Unity Engine. This scene is inspired by the water hazard level in Half Life 2, and showcases what a HL2 game could look like in the Unity Engine.

Sümer has shared three screenshots. The first one showcases the level in daytime, while the second shows the same scene in night. The third screenshot is the most impressive one as it features a stormy weather.

The artist has done an incredible work as the scene feels like the one we played in Half-Life 2. In other words, he was able to keep the game’s atmosphere and vibe. Not only that, but the Unity Engine scene features some truly amazing textures. There are also some amazing lighting effects, as well as some really cool reflections.

Unfortunately, Sümer has not released this map to the public. As such, there is no way for us to run this fan-made Half-Life 2 remake in Unity Engine. Moreover, there isn’t any flythrough video that could at least quench our thirst for such a remake.

Nevertheless, this unofficial Half-Life 2 Water Hazard remake in Unity Engine looks really cool. It also looks better than the Half-Life 2 remake in Unreal Engine 4 we shared back in January 2019. As such, we had to share these screenshots with you.