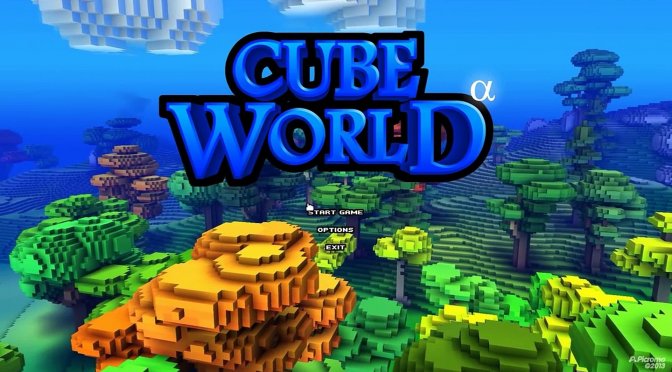 Cube World is a game I was really looking forward eight years ago. And while its creator, Wollay, released its alpha version in 2013, we haven’t heard anything about it since then. Until now. Wollay has just released a new video, showing 16 minutes of new gameplay footage.

In this video, we get to see some new mage gameplay, including character creation, fire and water specs. Moreover, the video showcases crafting, questing and procedurally generated lore.

Cube World is a voxel-based role-playing game that promises to offer infinite, colorful, procedurally generated world, full of adventures, monsters, and mysteries. The game draws inspiration from games like Minecraft, Zelda, Secret of Mana, Monster Hunter, Diablo, World of Warcraft and many more.

Unfortunately, Wollay has not revealed whether a beta version will be coming out soon. Still, the good news here is that Wollay is actively working on this cute game.