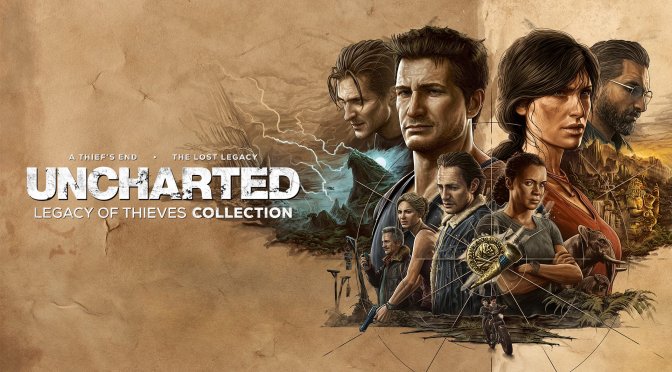 Sony has finally released UNCHARTED: Legacy of Thieves Collection on PC. Powered by Naughty Dog’s in-house engine, it’s time now to benchmark it and see how it performs on PC. 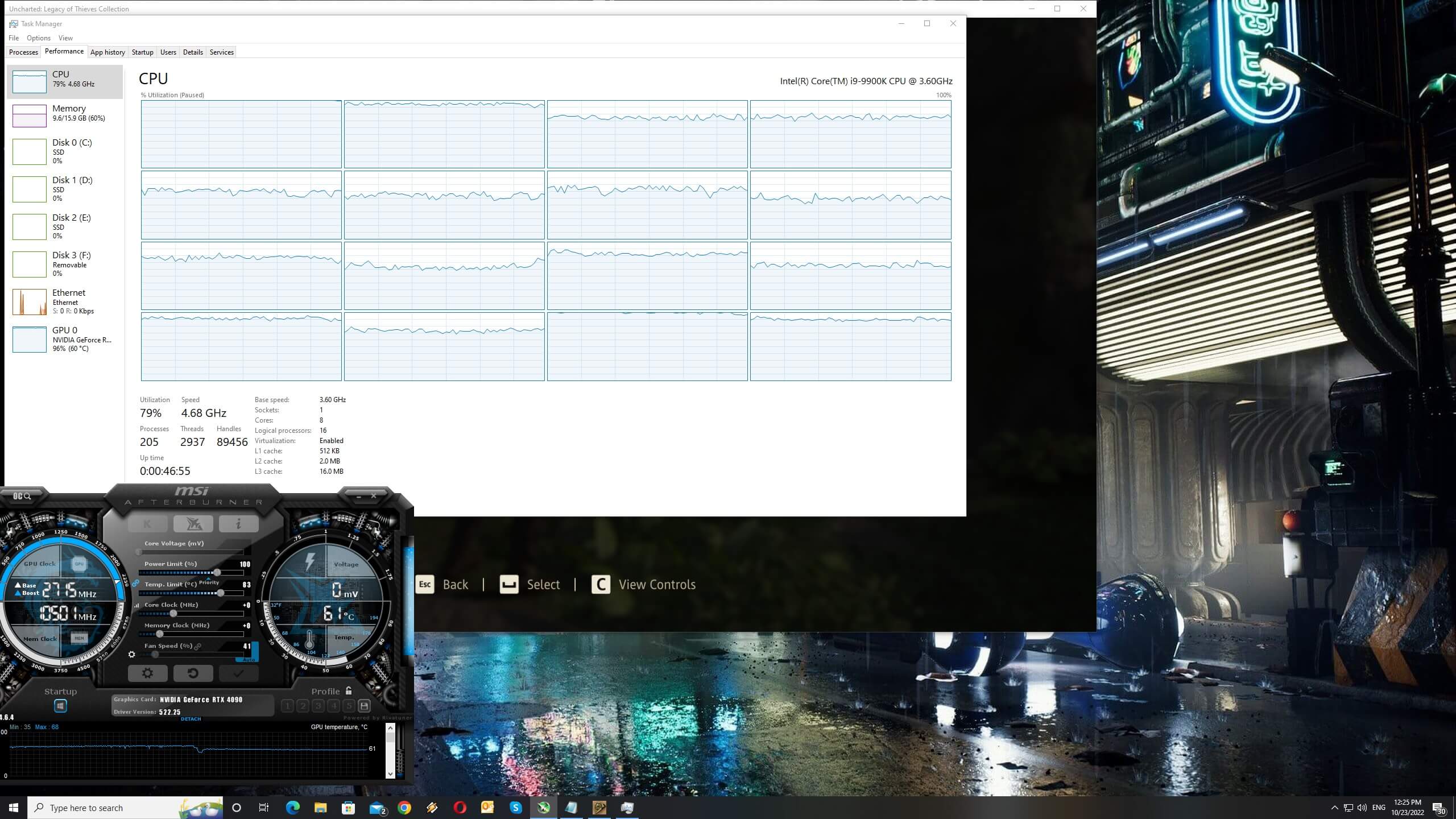 Iron Galaxy, the team that handled the PC version, has added a few graphics settings to tweak. PC gamers can adjust the quality of Textures, Models, Shadows, Reflections and Ambient Occlusion. The game also supports NVIDIA DLSS 2 and AMD FSR 2.0. Unfortunately though, and similarly to God of War, it does not feature an Exclusive Full-Screen mode. Thus, downsampling from a higher resolution (than your native one) can be a pain in the ass. In order to do so, you’ll have to set your desktop to the resolution you want, and then launch the game.

UNCHARTED: Legacy of Thieves Collection does not feature any built-in benchmark tool. Therefore, for both our CPU and GPU benchmarks, we used the first open area you encounter after escaping prison. 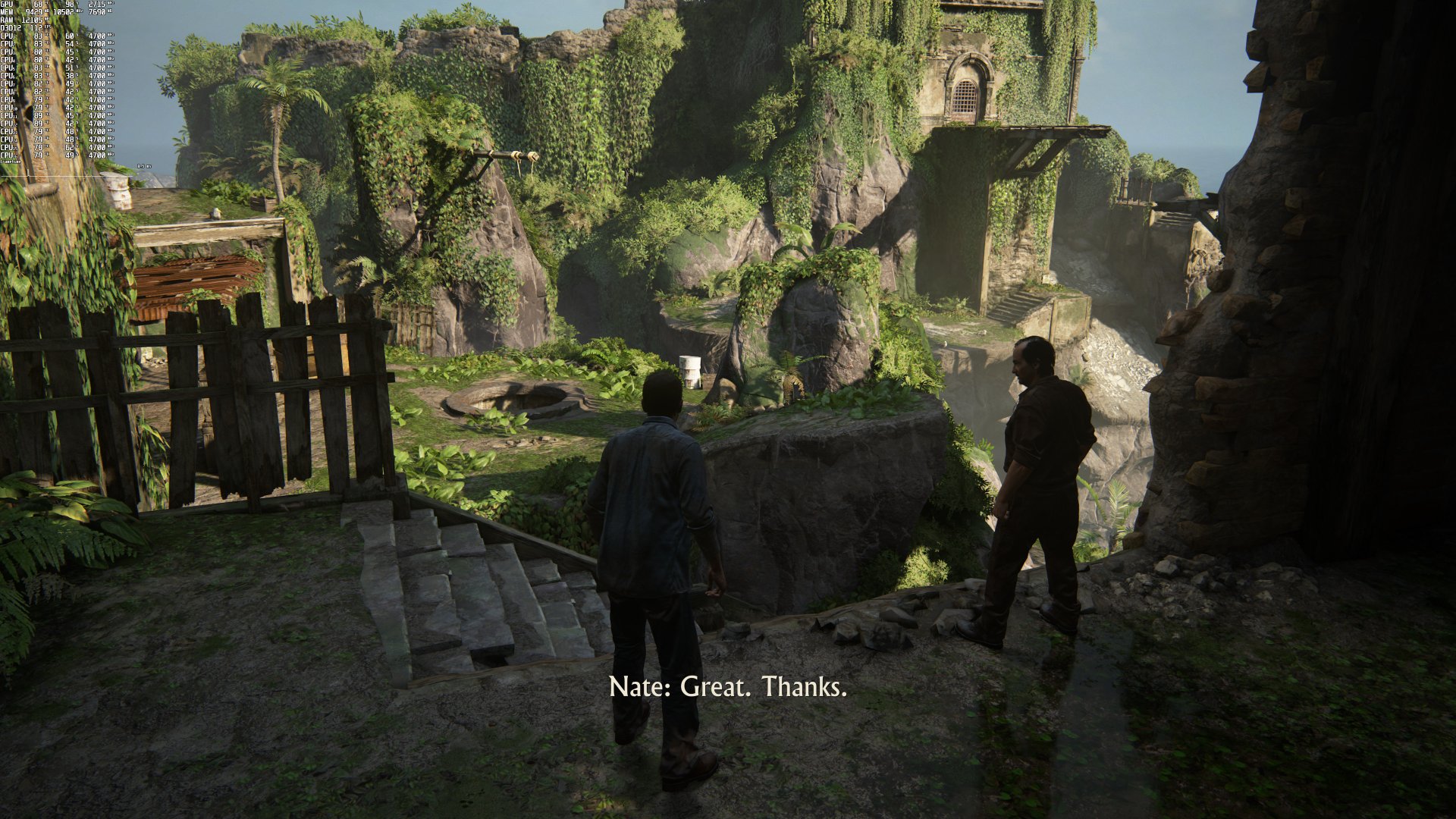 In order to find out how the game scales on multiple CPU threads, we simulated a dual-core, a quad-core and a hexa-core CPU. And, similarly to Call of Duty: Modern Warfare 2, UNCHARTED sees tremendous benefits from Hyper-Threading.

First things first though. The game was completely unplayable on our simulated dual-core system, so don’t bother running it on such PC systems. PC gamers will at least need a modern-day quad-core CPU. 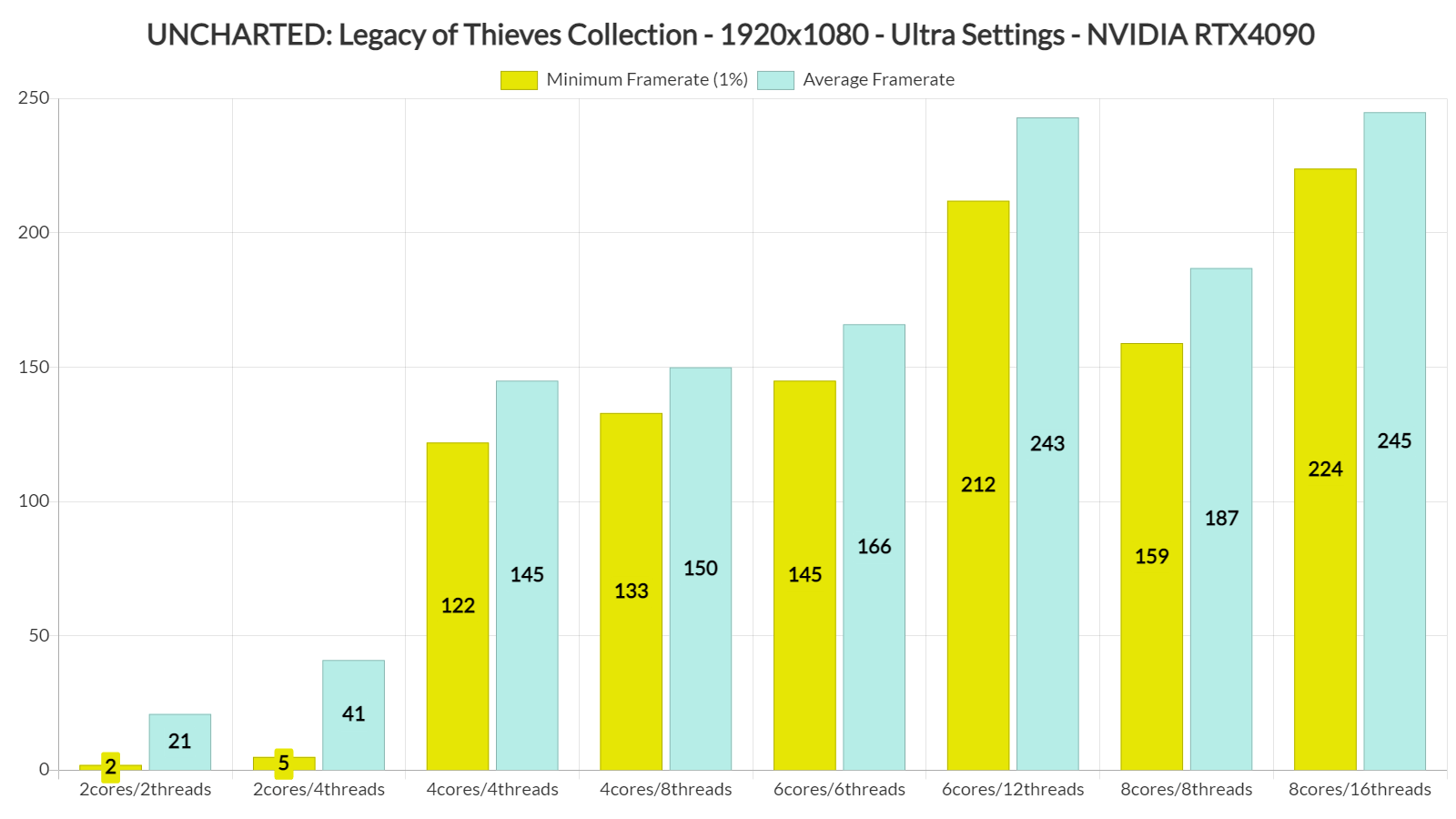 As you can see, Hyper-Threading boosted our overall performance (at 1080p/Ultra Settings) on both our octa-core and simulated hexa-core systems. Thanks to the game’s amazing multi-threading capabilities, our i9 9900K was able to push ridiculously high framerates.

UNCHARTED: Legacy of Thieves Collection does not also require a high-end GPU for gaming at 1080p/Ultra. Our NVIDIA GTX980Ti was able to offer a smooth gaming experience. On the other hand, our AMD Radeon RX Vega 64 was able to flex its muscles, offering 40% higher performance. This is another game that favors AMD’s GPUs over NVIDIA’s GPUs. 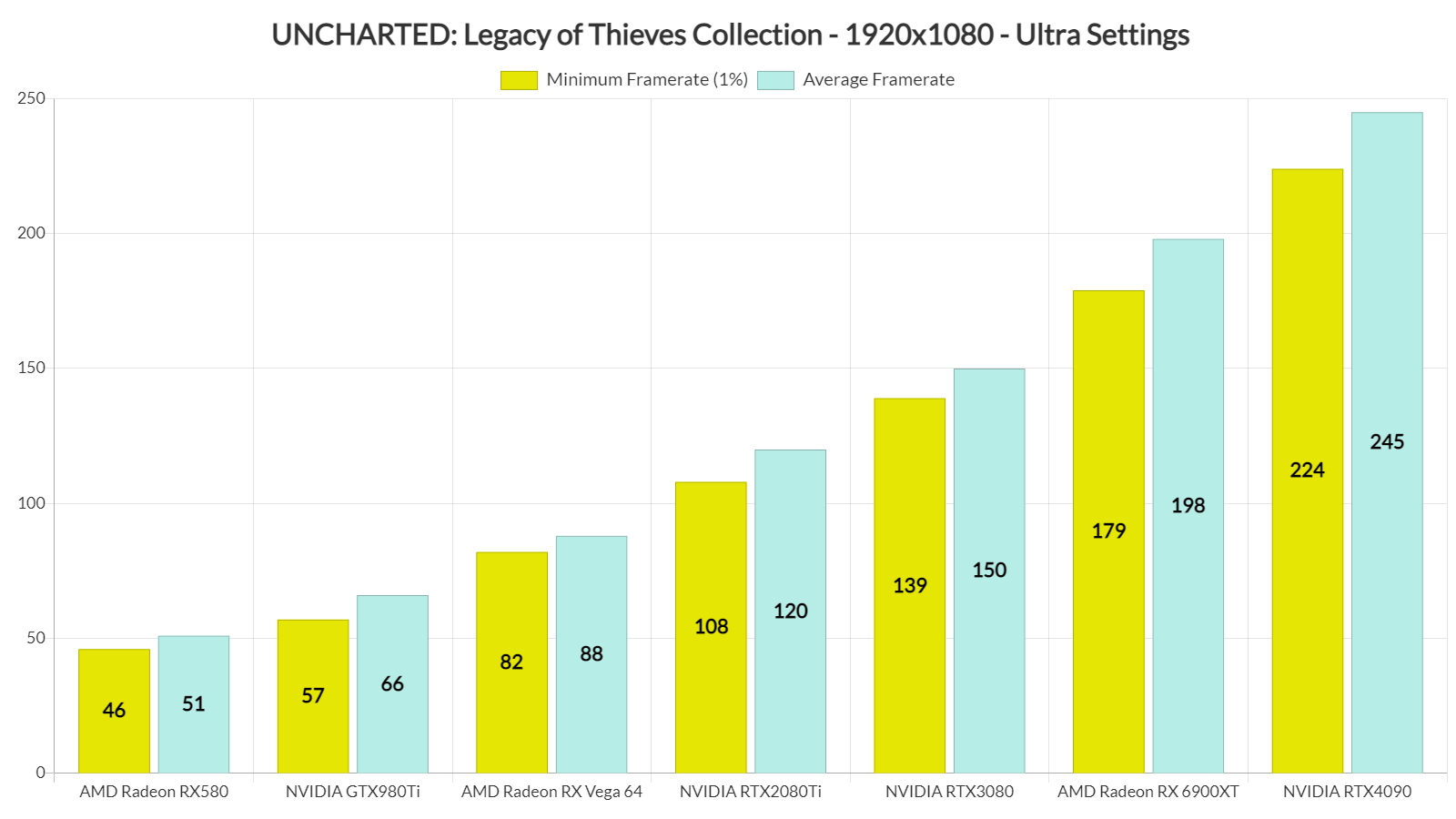 At 1440p/Ultra settings, our top four were able to provide a smooth gaming experience. And as for 4K/Ultra, the only GPUs that were able to offer a constant 60fps experience were the AMD RX 6900XT and the NVIDIA RTX4090. 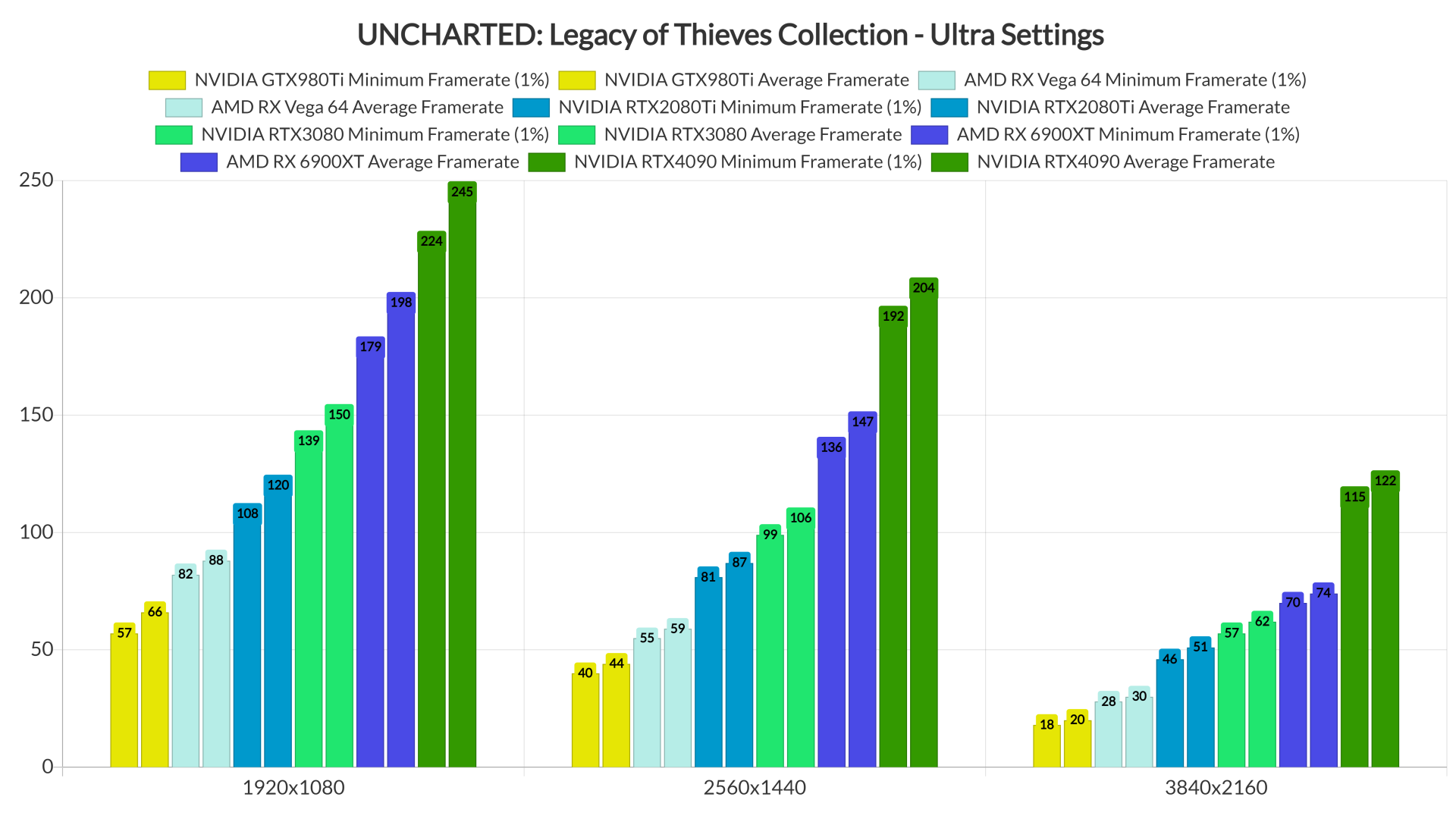 Graphics-wise, UNCHARTED: Legacy of Thieves Collection looks great. This collection features remastered versions of both Uncharted 4 and Uncharted: The Lost Legacy, which originally came out on PS4. So we’re basically looking at old-gen games. Nevertheless, both of these games still look amazing. Both of them also have bendable vegetation and there is great attention to detail.  Naughty Dog has also baked lighting in such a way that makes both of these games look incredible, even to this date. My only gripe, graphics-wise, is with Drake’s animations as they can sometimes feel weird (and less fluid than those found in current-gen games).

Sadly, the collection on PC suffers from awful mouse controls. Iron Galaxy has messed up the “x” and “y” axis sensitivities, resulting in some truly awkward mouse movement. The good news is that the developers are looking into these mouse issues. So, let’s hope that they will address them sooner rather than later.

All in all, UNCHARTED: Legacy of Thieves Collection runs incredibly well on PC. The collection does not require high-end GPUs for gaming at full HD resolutions, and it runs best on AMD’s hardware. It also supports both NVIDIA DLSS 2 and AMD FSR 2.0 so that PC gamers can further boost overall performance. Unfortunately, though, the games currently have awful mouse controls. Not only that, but they also lack an exclusive fullscreen mode and according to reports, their LOD can sometimes be worse than the one used in PS5. So here is hoping that Iron Galaxy will address these issues via post-launch updates. 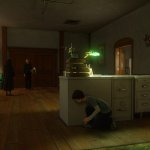 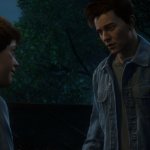 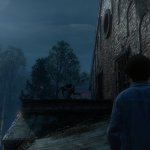 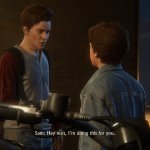 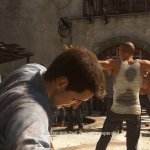 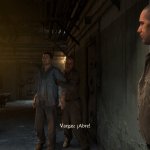 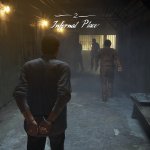 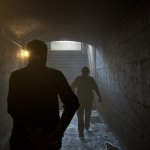 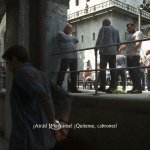 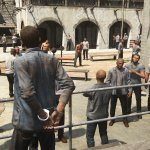 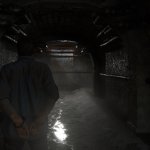 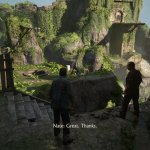 For our benchmarks, we used Uncharted 4. From initial tests, The Lost Legacy appears to be less optimized. Not only does it require more CPU and GPU power, we also had stutters while panning the camera during its prologue.