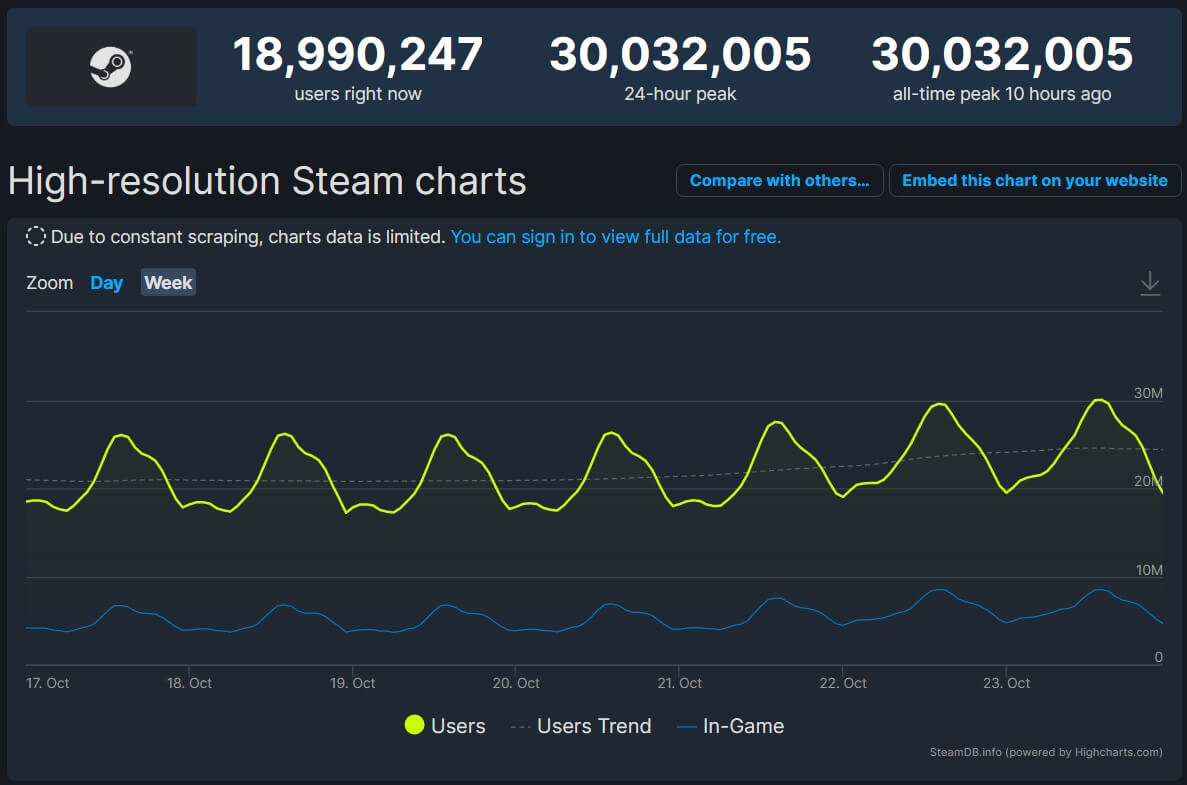 It’s also interesting taking a look at the most played games when Steam set its new concurrent players record.

As always, Counter-Strike: Global Offensive is at the top place, followed by Dota 2. Lost Ark is in third place, followed by Team Fortress 2, Apex Legends and PUBG Battlegrounds. Rust is in seventh place, whereas Destiny 2, The Sims 4 and GTA 5 are in eighth, ninth and tenth place, respectively. 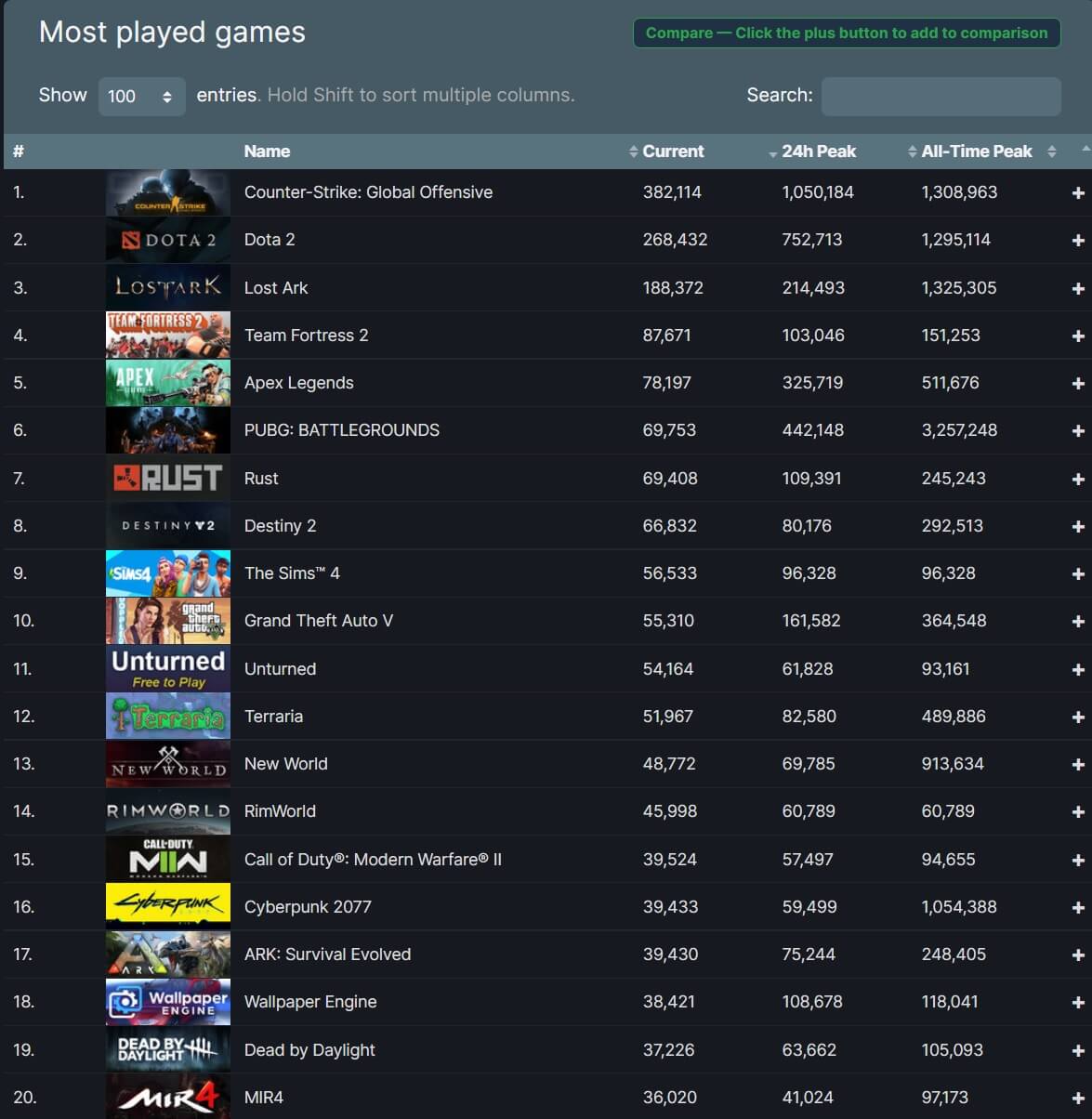