THIEF was advertised as a game that would take advantage of the PC platform. The PC version is handled by Nixxes Software, the team that was behind Deus Ex: Human Revolution, Hitman: Absolution and Tomb Raider. Both Hitman: Absolution and Tomb Raider were unable to make good use of quadcores, therefore there were some CPU issues that affected those with weaker systems. This was precisely why we asked EIDOS Montreal whether THIEF would break free from that ‘tricore’ trend. Unfortunately, this is another title in which quadcores perform identical to tricores. And while there are no obviously advantages for quadcore users, we are happy to report that THIEF runs better than the two aforementioned titles.

As always, we used a Q9650 (4.2Ghz) with 4GB RAM, an Nvidia GTX690, the latest version of the GeForce drivers and Windows 7-64bit. Nvidia has already included an SLI profile for this game so you won’t have to mess around in order to enable it. Nixxes has included a benchmark tool for PC gamers to test their systems, however we have to make this crystal clear; this benchmark is basically a stress test and does not reflect the in-game performance. Furthermore, it appears the benchmark is heavy on the CPU for no apparent reason. Moreover, we’ve noticed a lot of flickering objects during the benchmark; something we’ve not encountered while playing the actual game. We don’t know whether Nvidia has not optimized its drivers for the stress tool, however it becomes quite clear immediately that there is something really, really wrong with it.

As we’ve already said, the difference between a tricore and a quadcore is next to nothing. The benchmark tool ran identical on our simulated tricore and our ‘real’ quadcore systems, something that disappointed us. Not only that, but the game could not stress all of our four CPU cores. We don’t know whether Nixxes has done this on purpose in order to amaze everyone when the Mantle patch rolls out, however there is something really fishy going on with THIEF.

Thankfully, our overclocked Q9650 was able to deliver ideal in-game performance. Our minimum framerate was 50fps and our average framerate was around 70-85fps. It’s pretty obvious that THIEF performs way better on the PC than on its next-gen console counterparts (imagine the performance gap once the Mantle patch gets released), something that will please most PC gamers. While the benchmark tool requires a high-end CPU, the game itself is playable even on dual-cores.

There is only one performance issue – that affects every PC system – and that is stuttering. Quite frankly, THIEF features the most annoying and frustrating stutters we have ever encountered. And yes, they are far worse than those witnessed in Bioshock: Infinite. Nixxes Software has a history with ‘stuttery’ games (Deus Ex: Human Revolution suffered from such issues that were never completely resolved) and THIEF is another title on that list. And to be honest, we don’t think that this stutter fest will get fixed anytime soon. We truly hope to be proven wrong on this, but if this is due to Unreal Engine 3 itself, then there is probably nothing that Nixxes can do about it.

Graphics wise, THIEF feels like a mixed bag. While EIDOS Montreal and Nixxes Software have implemented some nice particle effects that add to the game’s atmosphere, THIEF is packed with really small levels. Even on the highest quality level, textures look awful, and the characters themselves feel a bit weird. We would go that far to describe them as a cross between ‘casual’ and ‘anime’ characters (if that makes any sense to you. While their appearance is the usual we find in most games, their body structure seems similar to characters found on animes).

Nixxes Software has provided PC gamers with a variety of graphics options to tweak, and has included a FOV slider. What really excited me about THIEF’s visuals, however, was the fact that almost every light source casts shadows. Yes. And finally a title in which our main character casts his own shadow. In addition, Garrett has a ‘real’ body that interacts with the world, meaning that he can knock bottles that can attract guards. These two simple features are essential for the overall gaming immersion, so kudos to EIDOS Montreal for delivering. We should also note that 2GB of VRAM is not enough for SSAA on high. When we enabled it, we noticed additional stuttering that made the game unplayable. 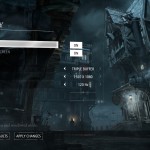 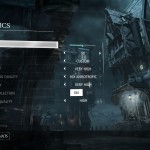 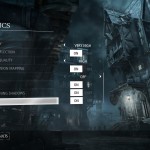 As always, PC gamers can overhaul the game’s visuals by using SweetFX. We strongly believe that SweetFX is essential as THIEF vanilla looks blurry as hell. With SweetFX, we managed to slightly tweak the game’s mid and high tones, darken the shadows a little bit and sharpen the image. The end result stays true to the game’s original look, and there is no over-sharpening (something that annoyed a lot of you in our previous SweetFX settings). Those interested can download it from here.

All in all, THIEF performs great on the PC. While the game is unable to take full advantage of quadcores and its benchmark tool is basically a stress test, the in-game performance is fine. While the game itself does not justify its requirements, it doesn’t drop below 50fps on modern-day hardware (and runs way better than its console brother). THIEF on PC can look great, will perform better – thanks to the upcoming Mantle patch – and is the definitive version. The game suffers from the worst stuttering issues we’ve ever seen and if Nixxes manages to fix them, we’ll be talking about a current-gen product (yes, we consider it a current-gen title. It’s laughable to consider it next-gen when we’ve been spoiled by the likes of Battlefield 4 and Crysis 3) that performs great on the PC platform. 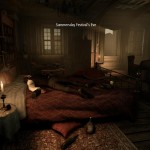 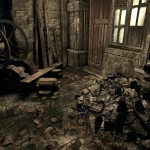 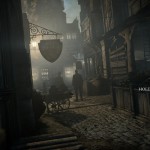 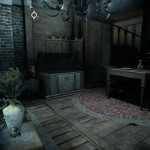 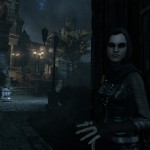 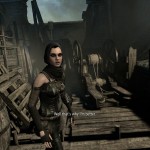 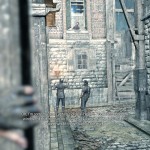 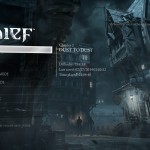 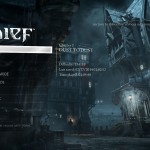 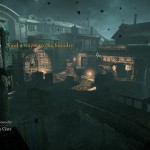 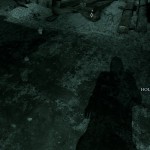 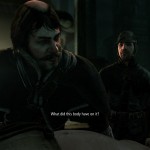 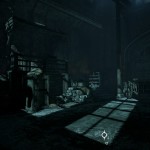 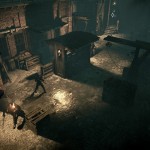 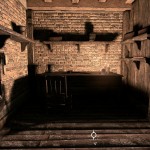 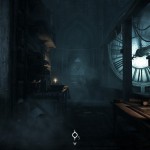