The Witcher 3: Wild Hunt has finally been released and CD Projekt RED was kind enough to provide us with a review code. This highly anticipated RPG was mainly hyped via its incredible 2013 in-game trailer, and it’s time now to see how the final version looks and performs on the PC platform.

Before continuing, let’s get this out of our way. Yes, the game has been downgraded. Yes, CD Projekt RED should had admitted it. Yes, its 2013 in-game trailer can now be considered a target trailer. Yes, the PC version – even with all its config tweaks – cannot come close to it. And yes, The Witcher 3: Wild Hunt – even in its current ‘downgraded’ nature – is one of the best looking games to date.

As always, we used an Intel i7 4930K (turbo boosted at 4.2Ghz) with 8GB RAM, NVIDIA’s GTX690, Windows 8.1 64-bit and the latest WHQL version of the GeForce drivers. NVIDIA has already included an SLI profile for this game that offers exceptional SLI scaling, meaning that PC gamers won’t have to mess around with third-party tools – like the NVIDIA Inspector Tool – in order to enable it. 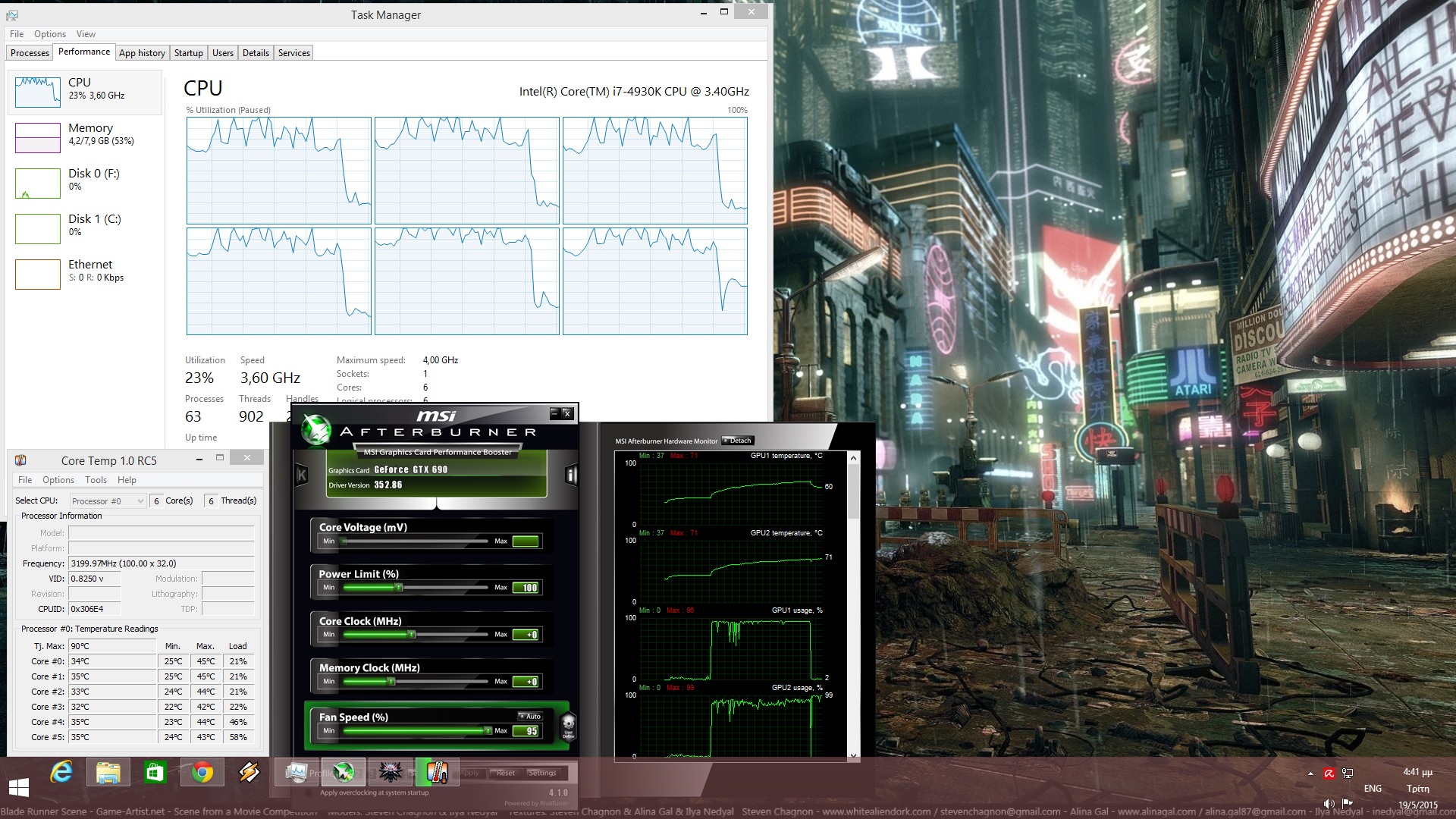 The Witcher 3: Wild Hunt is an open-world title and surprisingly enough, it does not require a high-end CPU to shine. In order to find out whether the game scales well on multiple CPU cores, we simulated a dual-core and a quad-core CPU. And to our surprise, even our simulated dual-core system was able to push constant 60fps on almost Ultra settings (albeit using High Foliage Visibility and without Hairworks as those settings were affecting our GPU rather than our CPU).

The Witcher 3: Wild Hunt is powered by the REDengine 3. In our interview with CD Projekt RED, Greg Rdzany claimed that CDPR’s technology is already using the full potential of multi-core CPUs. Well, we are happy to report that Greg was right. REDengine 3 scales incredibly well even on twelve threads. REDengine 3 is definitely future-proof and given its incredible scaling on multiple CPU cores, we are certain that AMD CPU owners won’t encounter any major performance issues with The Witcher 3.

And while The Witcher 3 does not require a high-end CPU, it demands a really powerful GPU in order to enable all its bells and whistles and retain a constant 60fps framerate at 1080p. 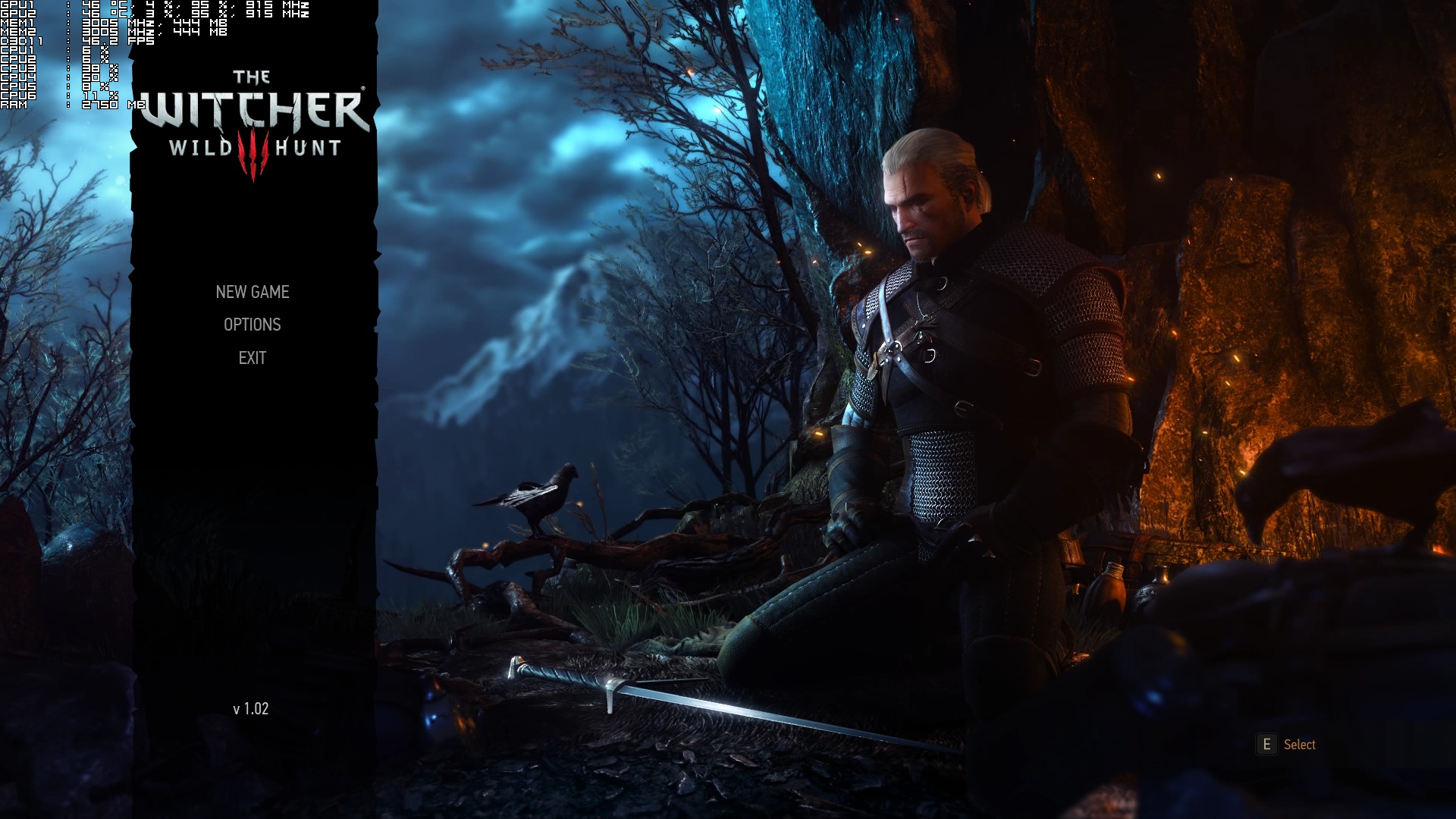 Our GTX690 (therefore, a single GTX970) was unable to offer a constant 60fps experience with Ultra settings at 1080p. Our framerate was averaging around 40-45fps, and that was without NVIDIA’s Hairworks effects. In order to come close to that 60fps experience, we had to lower Foliage Visibility to High. By doing that, we were able to enjoy the game, even though there were some minor drops to 51fps in certain places.

Those with weaker GPUs can tweak a number of graphical effects in order to adjust the game’s performance and visuals to their liking. During our tests, we noticed that Foliage Visibility, Ambient Occlusion, Detail Level and Shadow Quality were the options with the biggest performance hits. Naturally, lowering the resolution will also bring massive performance improvements (at the cost of somehow “blurrier” visuals).

In order to find out whether GPUs that are equivalent to NVIDIA’s GTX680 are able to run The Witcher 3, we tested the game in Single-GPU mode. With our above settings, PC gamers can lock the framerate to 30fps and experience an almost constant 30fps experience (there were minor drops to 27fps, so you may need to also lower some other options). However, we were unable to hit a constant 60fps experience at 1080p, no matter what settings we were using. Even when we lowered all of our settings to their lowest values, we were still unable to hit 60fps at 1080p. In order to somehow come close to it, we had to lower our resolution to 1680x1050 (with Low settings). This basically means that a 60fps experience is out of the question for all those owning GPUs equivalent to the GTX680.

As you may have noticed, we’ve not talked much about Hairworks. And that’s because this setting comes with a big performance hit. And to be honest, we’d take a 60fps experience over some fancy hair effects any day. There is a workaround to decrease the performance hit of Hairworks by tweaking the game’s “rendering.ini” file. All you have to do is find “hairworksMSAA”, and change its value to 2. Still, we’re recommending this option only to those owning cards that are more powerful than NVIDIA’s GTX980.

Those with even better GPUs (or SLI systems) can go ahead and further tweak the game’s options via its configuration files. NVIDIA has provided a great guide for most options, so make sure to give it a go. For what is worth, we believe that PC gamers should definitely use the Shadow Quality tweaks that are mentioned in that article as we noticed major shadow pop-ins, even on Ultra settings. 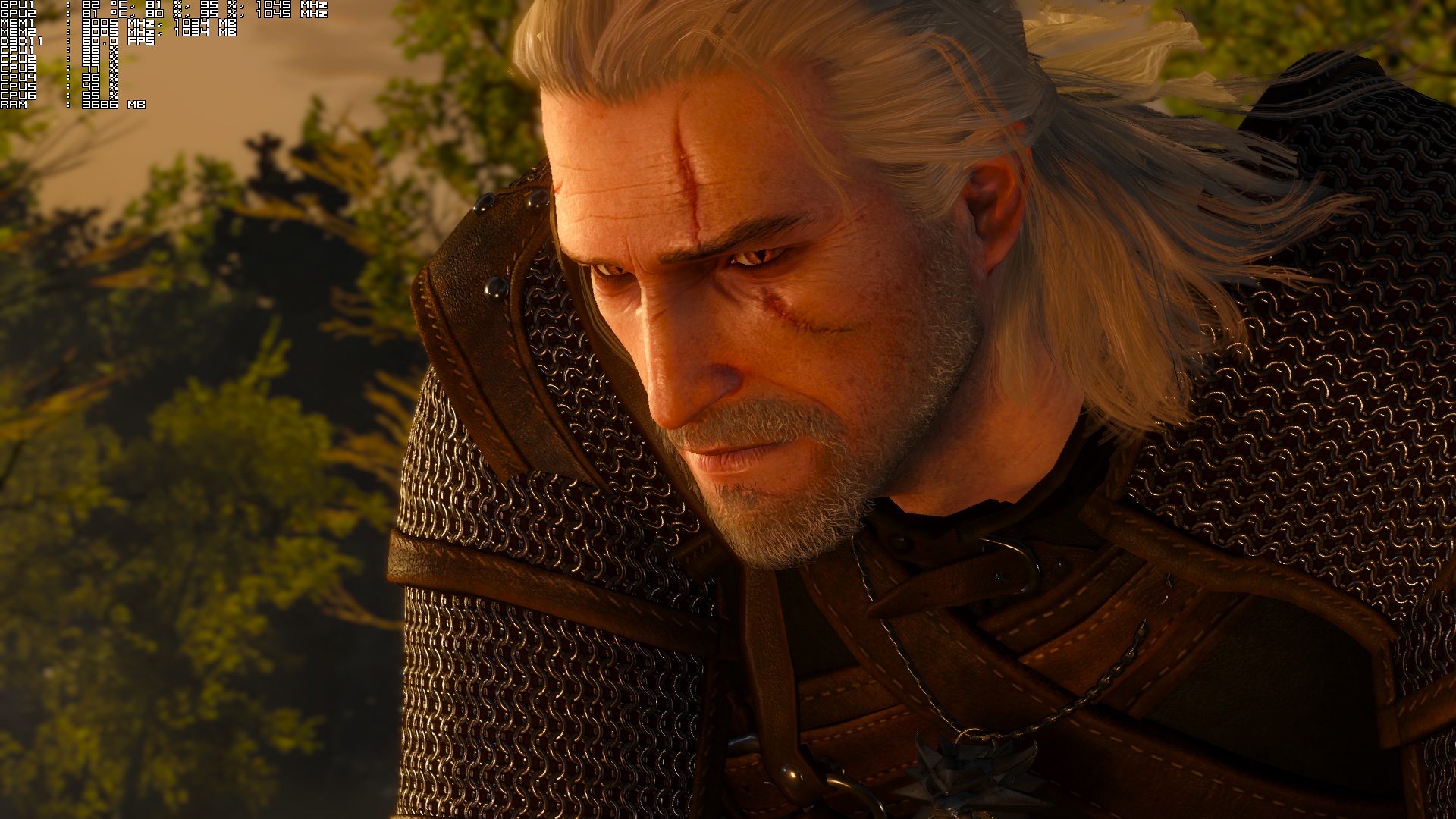 As we’ve already said, the game is not up to the standards set by its 2013 in-game trailer. The lighting system in particular seems ‘inferior’ (even though it now uses PBR). This can be easily noticed in almost all interiors. Not only that, but the smoke and fire effects are simpler, and the water effects are not as good as those featured in NVIDIA’s The Witcher 3 Tech Demo.

Still, The Witcher 3 is a beautiful game that will suck you into its world. CD Projekt RED has created an incredible world with highly detailed characters (though the overall lip-sync is average for today’s standards). There is bendable grass, there are a lot of high-resolution textures (despite the fact that the game does not require more than 2GB of VRAM), its day-night cycle is gorgeous, thanks to NVIDIA’s GameWorks players can destroy various objects (that’s of course only if you enable Hairworks), and PC gamers can use SweetFX configs in order to desaturate its visuals (a complaint coming from a lot of them due to the game’s new artistic direction). As we’ve said, the final version of The Witcher 3 may not be up to its 2013 in-game trailer, however it is one of the most beautiful games we’ve ever seen.

All in all, CD Projekt RED has delivered a beautiful game that requires a mid-end CPU and a really high-end GPU. Those with weaker graphics cards can adjust a number of settings, however most of them will be forced to also lock their games to 30fps. Owners of high-end GPUs and SLI systems can stress their cards by enabling NVIDIA’s Hairworks effects, and by increasing a number of settings via the game’s config files. And now imagine what it’d take to have those more advanced graphical effects that were shown back in its “in-game” 2013 trailer (it would have been really cool though to actually have them as that would make this game future-proof).

To summarize, we have to congratulate CD Projekt RED for offering one of the most beautiful open-world games of 2015. We also have to congratulate the team for REDengine 3’s incredible multi-core CPU scaling, and for the fact that the game’s textures look better and require less VRAM than those found in other open-world titles. However, we have to criticize its decision to pass a target trailer as a “in-game” trailer, especially when today’s high-end GPUs are being stressed with this ‘downgraded’ version. We also have to criticize its obsessive stance against those “downgrade-ation” claims. Yes we get it; it’s a business thing. However it would have been so much better – and we believe that a lot of PC gamers would appreciate it – if CD Projekt RED told everyone the truth instead of lying.

Enjoy! So, Dragon Age: Inquisition or The Witcher 3? Which one looks better in your opinion? Tell us in the comment section 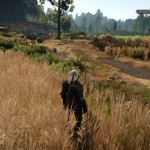 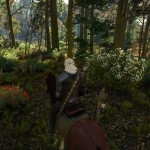 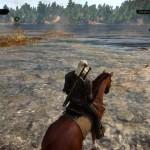 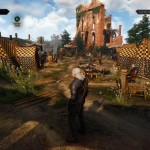 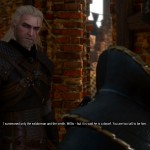 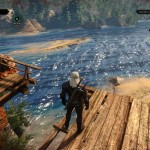 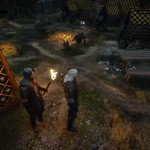