As we’ve already reported, Capcom released the first PC patch for Resident Evil Village that adds support for AMD’s FidelityFX Super Resolution. As such, we’ve decided to benchmark it and compare it with native 4K.

For our tests, we used the Ultra Quality Mode for AMD FSR. This mode offers the best image quality, so that’s the one you should choose, even when playing at 4K. And, unfortunately, AMD FSR cannot come close to native 4K, even at its Ultra Quality Mode.

Below you can find some comparison screenshots between native 4K (left) and AMD FSR (right). As you can see, there is more aliasing in the AMD FSR screenshots. Not only that, but everything looks blurrier (and not as sharp as native 4K). You can easily notice this in the grass comparisons (third and eighth comparisons).

AMD FSR improved performance by 20fps on our NVIDIA GeForce RTX 3080. Still, we don’t really recommend using it. It makes more sense to dial back some other settings than to use FSR (which brings a “vaseline” effect to the whole screen). 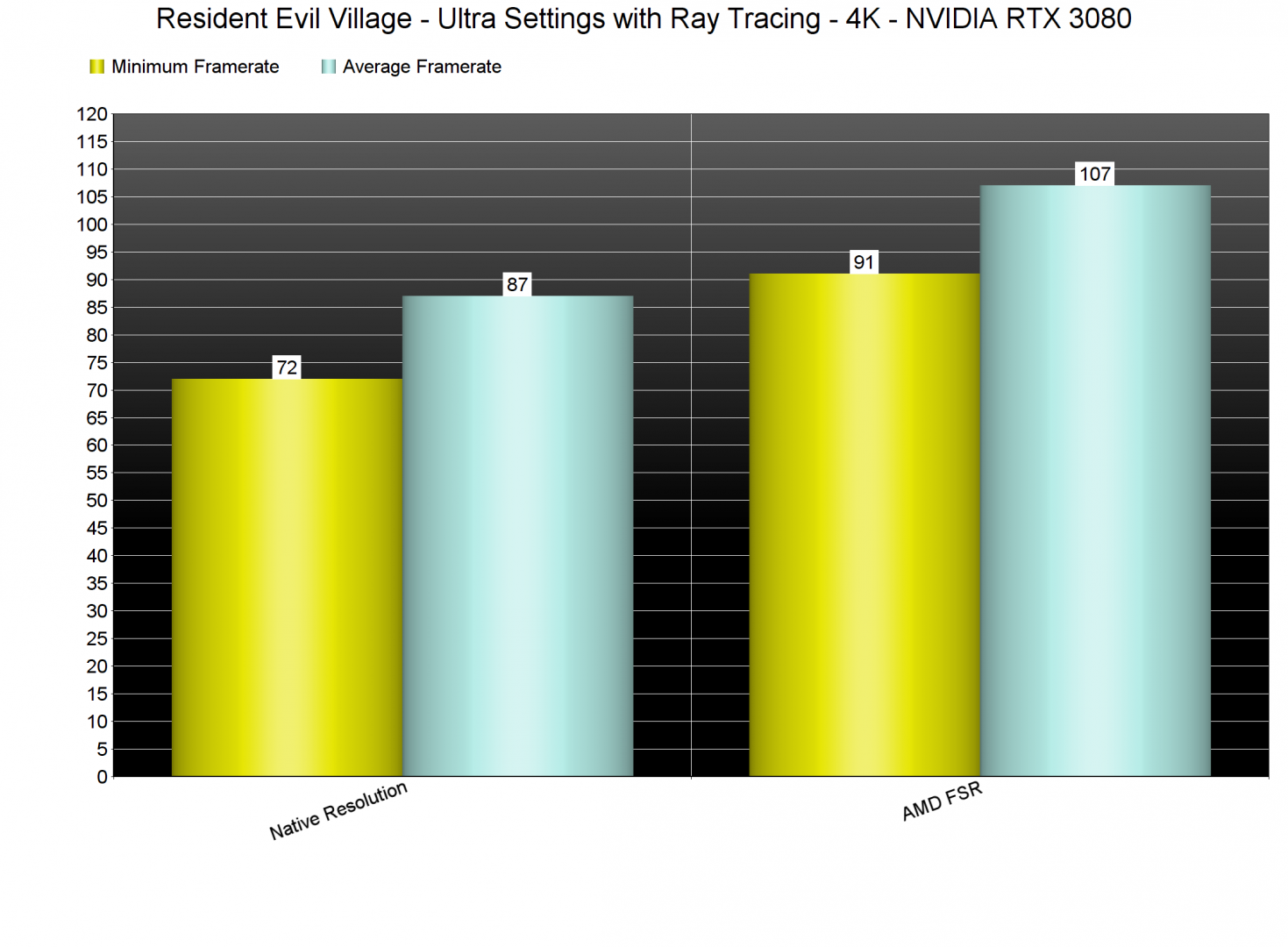 These results were to be expected though. After all, AMD FSR is basically an upscaling technique with some sharpening and nothing more. In other words, it’s not a reconstruction tech like DLSS which can sometimes surpass native resolutions.