Outlast 2 is the sequel to the acclaimed survival horror game Outlast that is set in the same universe as the first game, but with different characters and a different setting. This is a game that a lot of horror fans have been waiting for and, to be honest, we were really surprised by its relatively low official PC requirements. The game has just been released on the PC, so it’s time to see how it runs on the PC platform.

For this PC Performance Analysis, we used an Intel i7 4930K (turbo boosted at 4.2Ghz) with 8GB RAM, NVIDIA’s GTX980Ti and GTX690, Windows 10 64-bit and the latest WHQL version of the GeForce drivers. While NVIDIA has not included yet an official SLI profile for this title in its latest driver, NVIDIA owners can enable it by creating a new profile and using this SLI compatibility bit: “0x002121F5”. 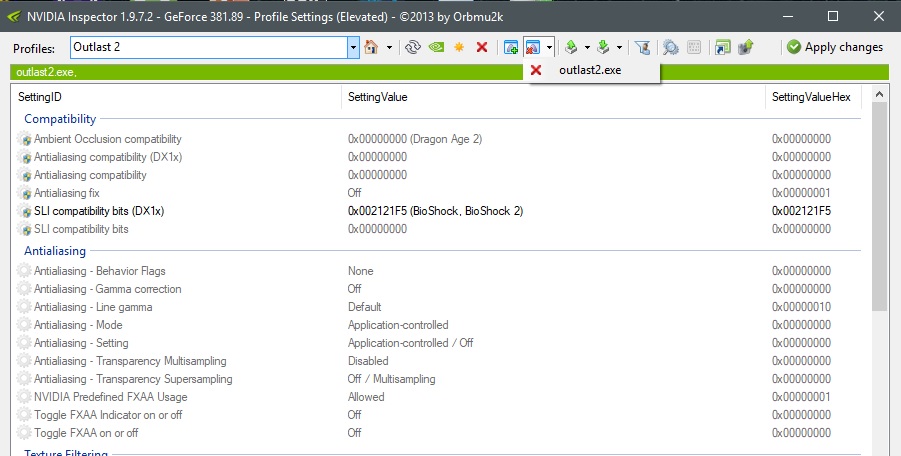 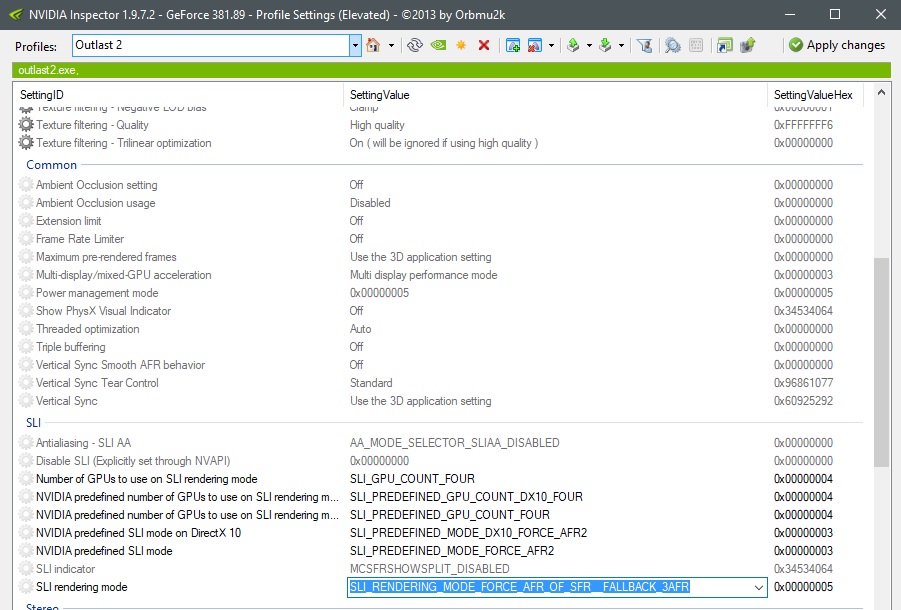 Outlast 2 comes with very limited graphics settings to tweak. PC gamers can adjust the game’s resolution, the quality of Textures, Texture Filtering, Shadows, Geometry, Fog, Effects and Anti-Aliasing. In addition, you can enable or disable Motion Blur, V-Sync, Fullscreen and Triple Buffering. Unfortunately the game comes with two blurry AA solutions; FXAA and TAA. There is no support for SMAA. And as if that wasn’t enough, there is no option to disable that annoying Chromatic Aberration effect. 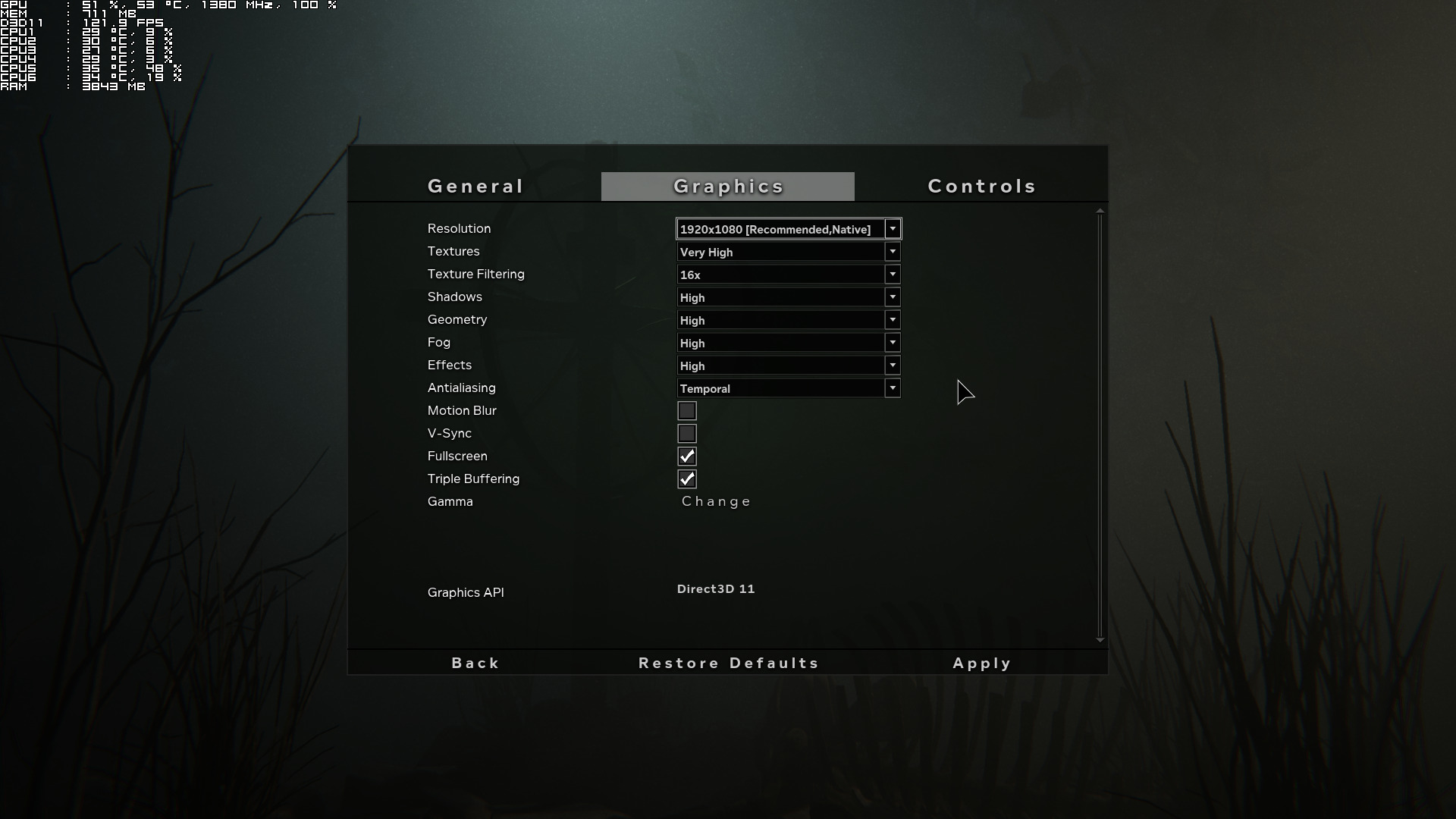 Red Barrels claimed that an NVIDIA GTX660 should be enough for gaming at 1080p with 60fps. Well, that is true, however owners of such GPUs won’t be able to run the game at High settings. In Single-GPU mode, our GTX690 was able to run the game with a minimum of 50fps and an average of 65fps. By dropping a number of settings, we were able to get a stable 60fps experience. 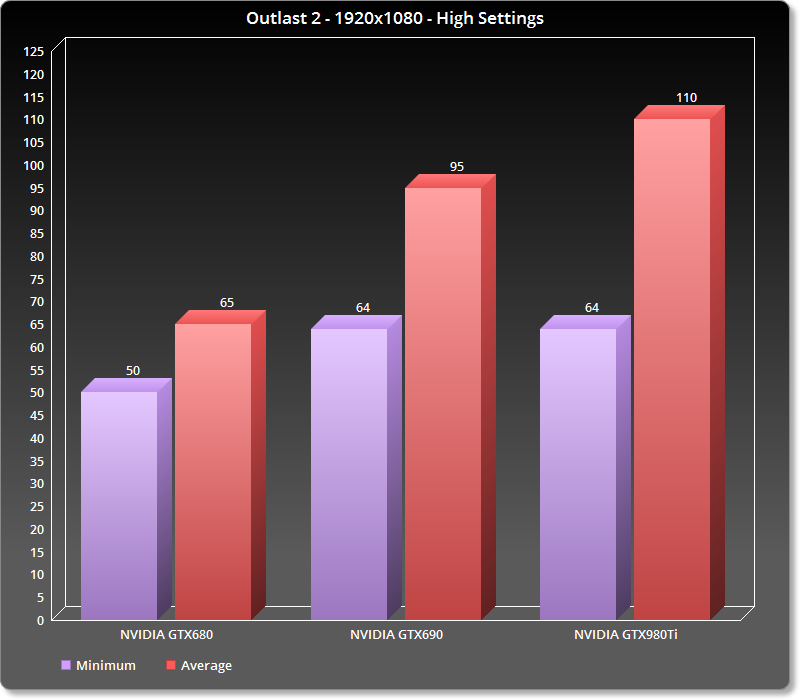 With SLI enabled, our GTX690 was able to offer a constant 60fps experience at 1080p on High settings. While SLI scaling wasn’t ideal, we were able to get a minimum of 64fps and an average of 95fps.

On the other hand, our GTX980Ti had no trouble offering a stable 60fps experience at 1080p and on High settings. However, we were unable to get a constant 120fps experience as the game suffers from some optimization issues. 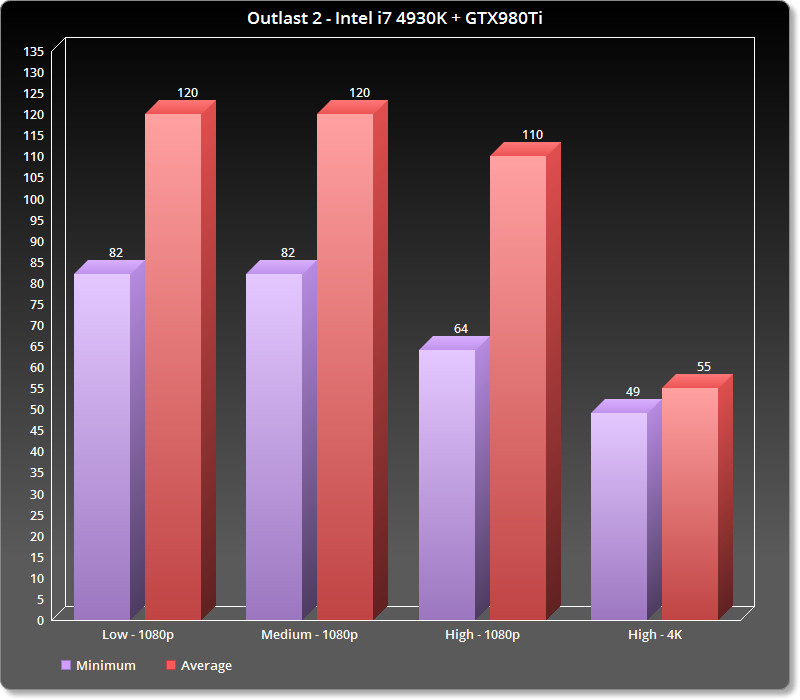 Take for example the following scene. As we can see, in this particular scene both or GPU and CPU are underused for no apparent reason, resulting in underwhelming performance. While we never dropped below 60fps, it’s really puzzling as to what is actually causing this odd behaviour. 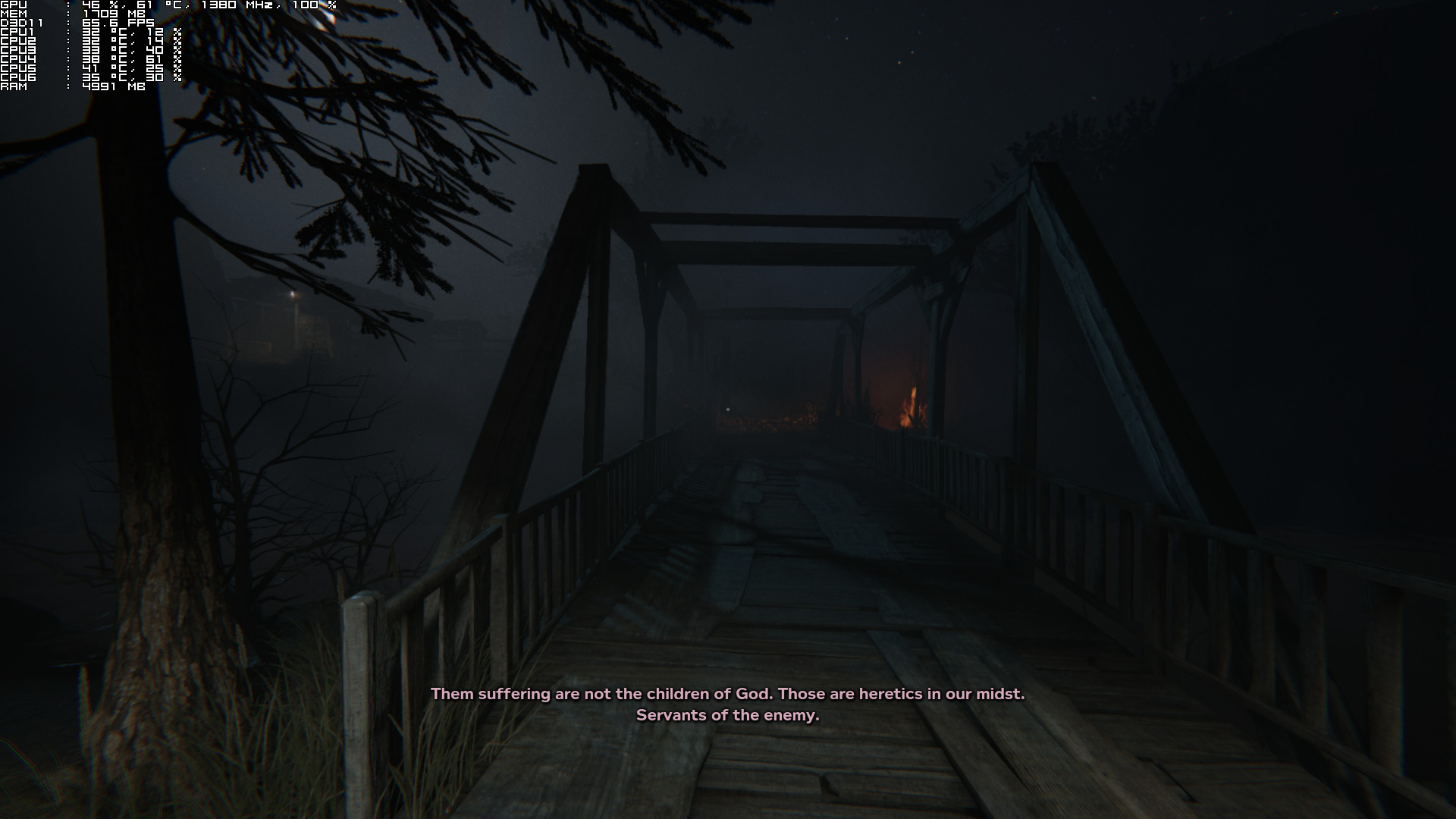 Outlast 2 does not require a high-end CPU in order to be enjoyed. In order to find out how the game performs on a variety of CPUs, we simulated a dual-core and a quad-core CPU. Now while our simulated dual-core CPU was able to run it with a minimum of 57fps and an average of 100fps – with Hyper Threading disabled – we noticed major frame pacing issues. As soon as we enabled Hyper Threading, our overall performance increased (63fps minimum and 110fps average) and all the frame pacing issues were resolved. 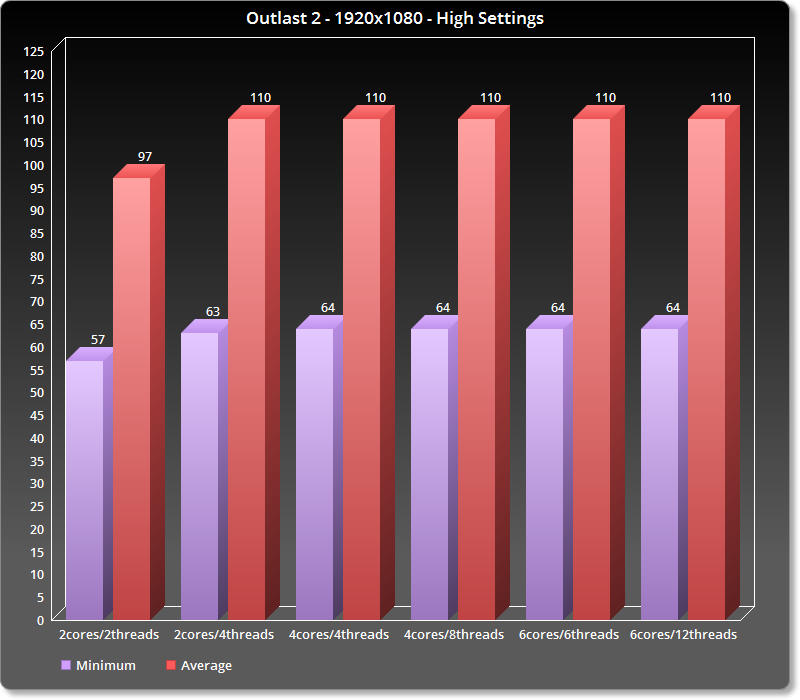 The game appears to be using three CPU threads. Two of them appear to be doing most of the work, while the third one is being used periodically. This may explain the performance differences between our simulated dual-core system with and without Hyper Threading. And as you may have suspected, there were no performance differences between our simulated quad-core and our six-core systems. 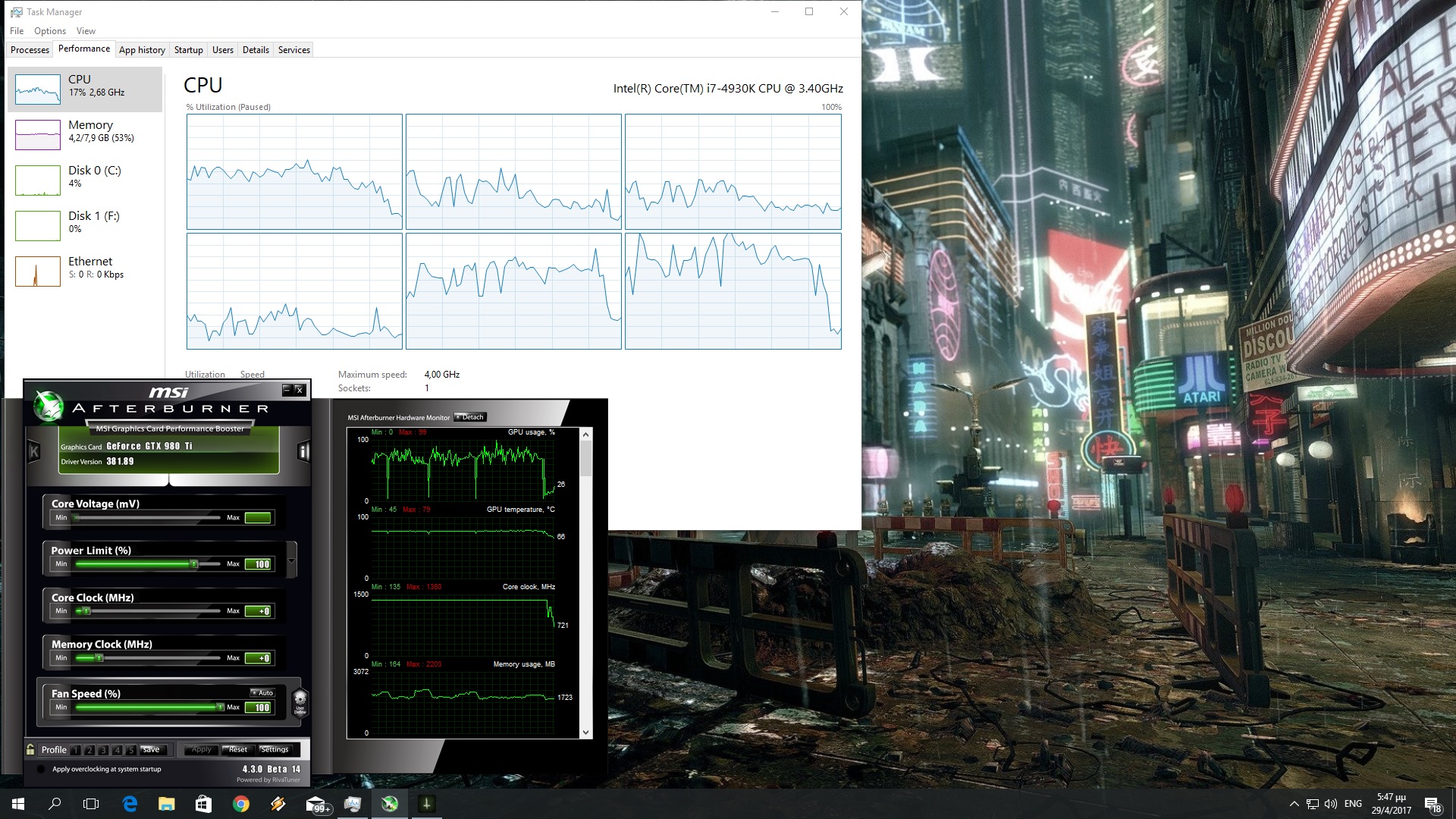 Graphics wise, Outlast 2 looks good but does not come close to Resident Evil VII. While the school environment looks incredible, the forest and the interior of most of the houses are not that great. They are definitely pleasing to the eye, but they will not impress you at all. Most of the characters are not as highly detailed as those found in Resident Evil VII, and the lighting system appears to be dated. Parallax Occlusion Mapping is not supported at all, and overall interactivity is limited. Thankfully, Red Barrels has used some great textures, however the game’s visuals are really blurry due to its AA solutions and its Chromatic Aberration effect. As such, we strongly suggest using Reshade in order to add some extra sharpness to the image.

All in all, Outlast 2 will run with a 60fps locked framerate on a variety of PC systems. However, those wishing to run the game with higher framerates will encounter troubles due the game’s optimization issues. Outlast 2 does not suffer from mouse acceleration/smoothing issues, however we do have to note that Outlast 2 is one of the few games that feels really jerky even at 45-50fps. We are pretty sure that this game could benefit from further optimizations. Nevertheless, and even in its current state, Outlast 2 will run fine even on really dated systems. 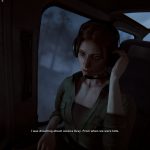 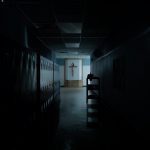 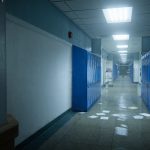 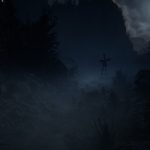 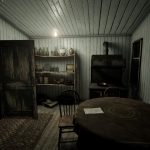 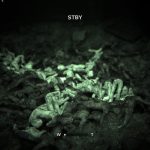 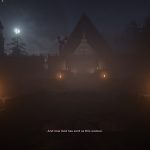 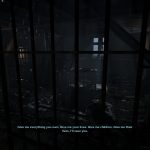 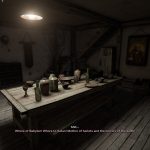 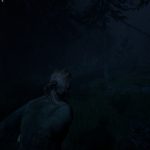 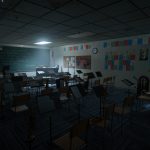 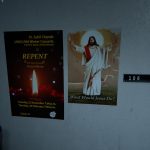 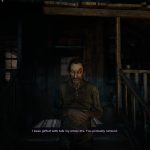