NieR: Automata is PlatinumGames’ latest title and we are pretty sure that by now, most of you are aware of some of its PC technical issues. NieR: Automata is powered by a unique graphics engine Platinum Games has designed just for it and it’s time to see how it performs on the PC platform, even though PlatinumGames has not released any patch in order to address some of its really ridiculous issues. 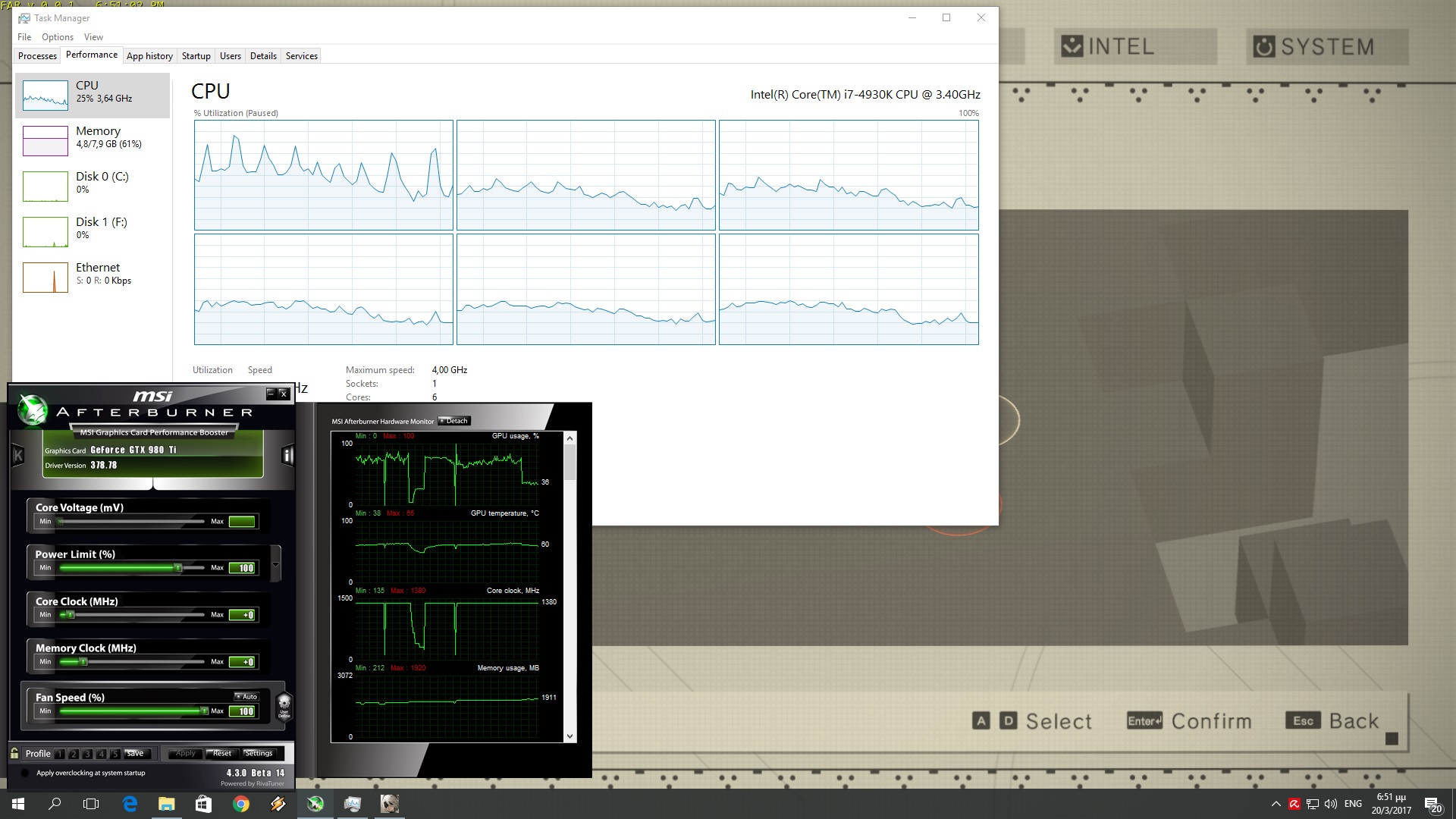 For this PC Performance Analysis, we used an Intel i7 4930K (turbo boosted at 4.2Ghz) with 8GB RAM, NVIDIA’s GTX980Ti and GTX690, Windows 10 64-bit and the latest WHQL version of the GeForce drivers. NVIDIA has not included any SLI profile for this title in its latest drivers and given the fact that most of PlatinumGames do not support it, we are pretty sure that there this game will not ever support multi-GPUs.

NieR: Automata comes with a very few graphics settings to tweak. PC gamers will only be able to adjust the quality of anti-aliasing, texture filtering, shadows and effects. PC gamers can also enable or disable blur and ambient occlusion. 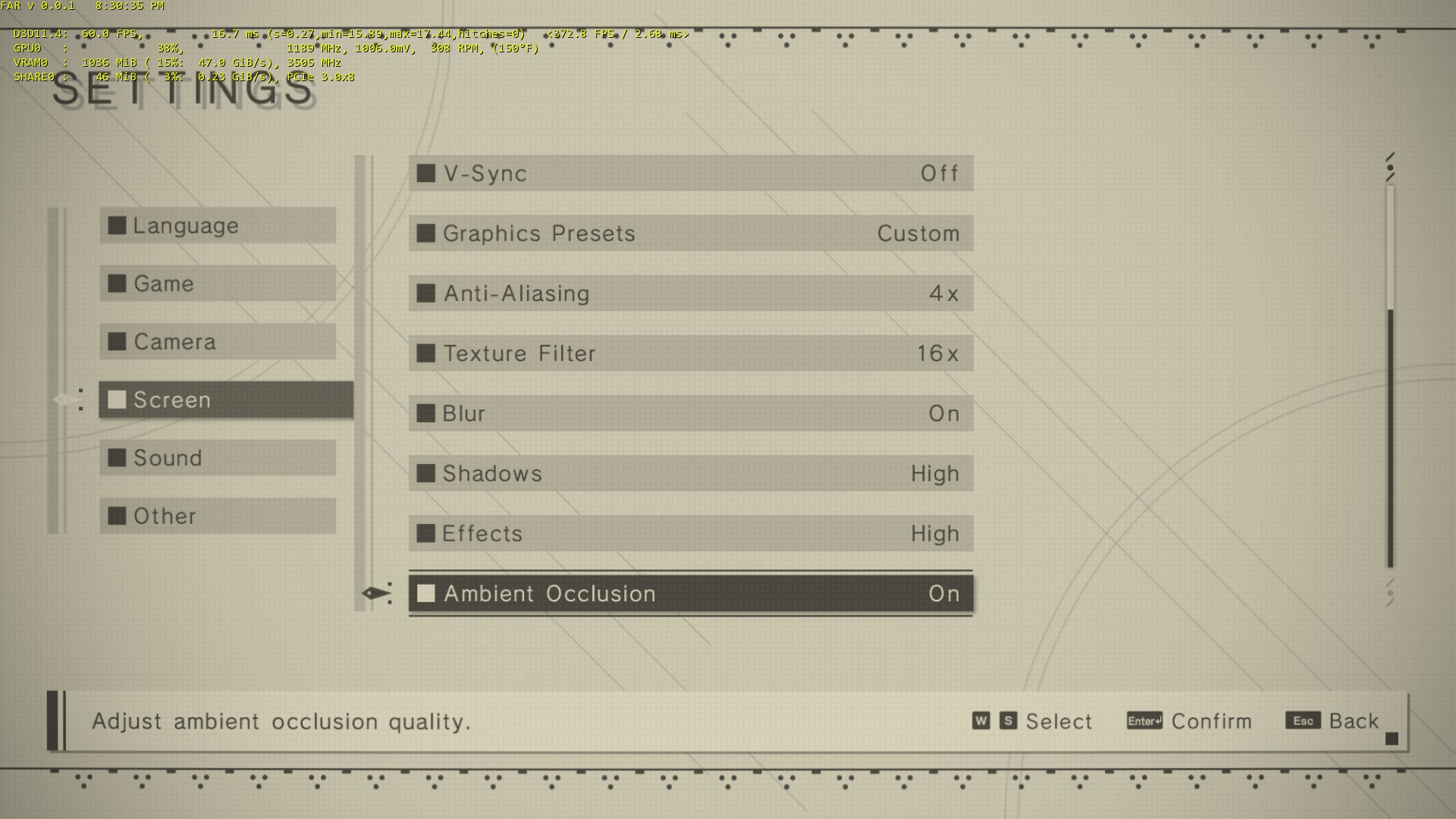 At this point, we should note that the ambient occlusion option is also tied to a post-AA setting. Unfortunately, though, the post-AA solution in NieR: Automata is among the blurriest we’ve ever seen. As such, PC gamers will have to use Reshade in order to add a better ambient occlusion solution (and disable the in-game option in order to avoid that blurriness).

NieR: Automata is mostly a GPU-bound title and does not require a high-end CPU in order to be enjoyed. In order to find out how the game performs on a variety of CPUs, we simulated a dual-core and a quad-core CPU. For our test purposes (and since there isn’t any built-in benchmark tool), we measured framerates during the Prologue and the first open-world area. The game is locked at 60fps and as we can see, all of our systems were able to run it without any performance issues at 720p on High settings and without any anti-aliasing (we lowered our resolution and disabled AA in order to avoid any possible GPU bottleneck). 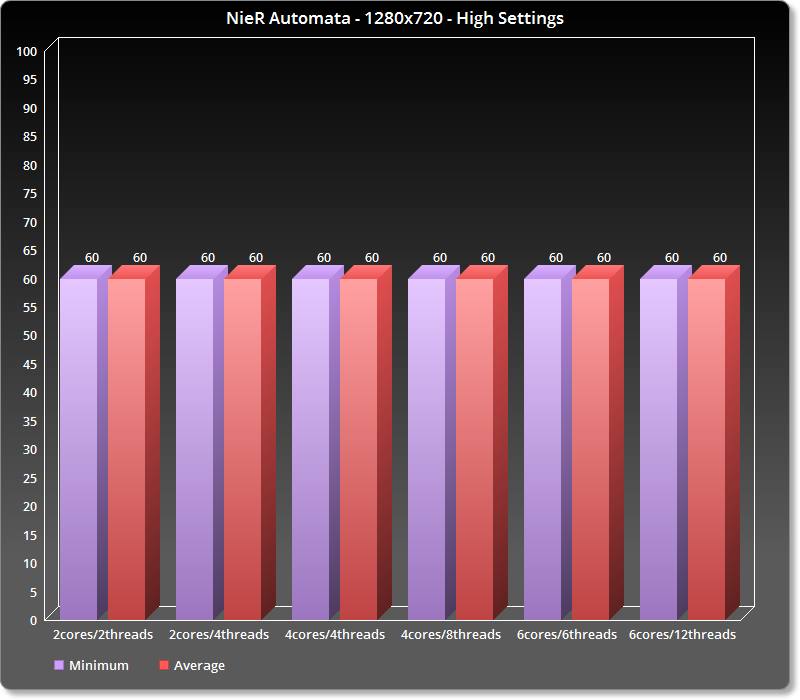 As said, this title is mostly GPU-bound and unfortunately – especially due to the lack of extensive graphics settings – it does not scale well on older graphics cards. Since there isn’t any SLI profile, our GTX690 behaved similarly to a GTX680. And even on Low settings, our GTX690 was unable to offer an optimal gaming experience. On High settings at 1080p, our GTX690 ran the game with 20fps. On Low settings, the GTX690 was able to push 40fps. So yeah, those with really old graphics cards will have trouble playing PlatinumGames’ latest title. 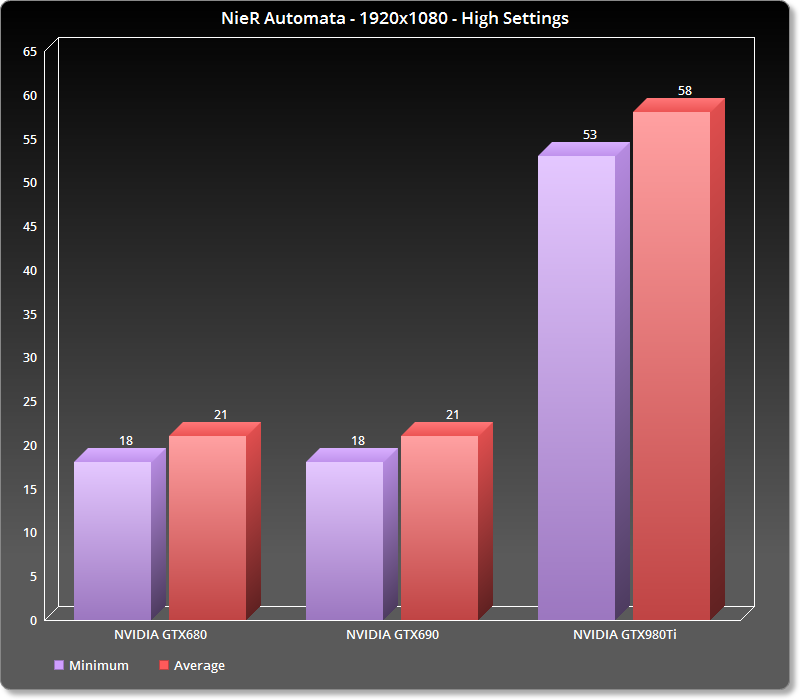 On the other hand, our GTX980Ti was able to run the game with a minimum of 53fps and an average of 58fps on High settings at 1080p. Do note that the High preset enables 8X MSAA; an anti-aliasing setting that is quite demanding. By lowering MSAA to 4X we were able to get a consistent 60fps experience, no matter what was happening on screen. 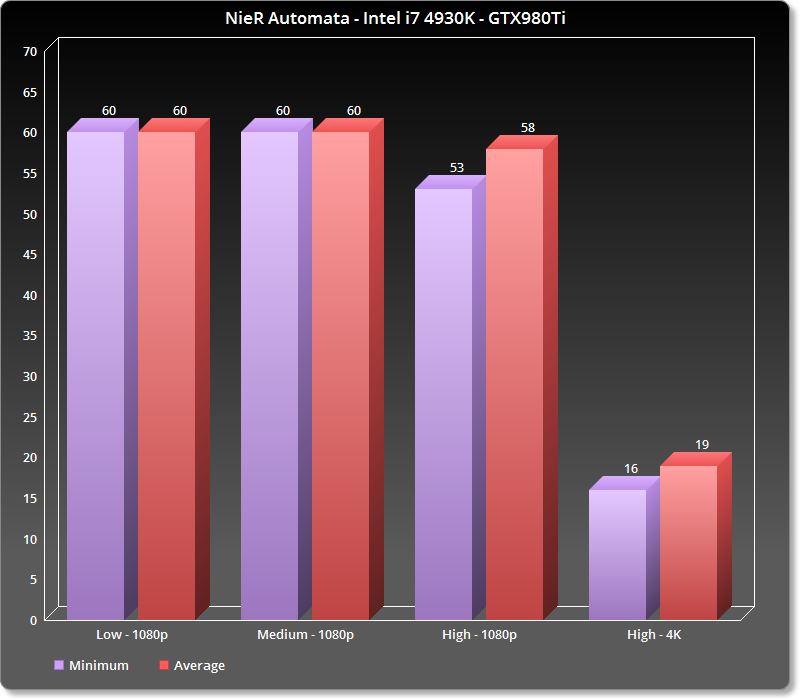 Visually, NieR: Automata is not looking particularly hot. The game suffers from extreme pop-in issues of objects, the environments look bland, the lighting system lacks modern-day techniques and features, distant enemies or objects lack shadows. Thankfully, the game’s characters are really detailed and PlatinumGames used some high-quality textures (though there are a lot of low-res textures here and there). Honestly, and given its somehow high GPU requirements, we expected better visuals.

PlatinumGames has made it possible to switch quality modes on the fly, without the need of restarting the game. Therefore, you can find below some comparison screenshots between the game’s Low (left) and High settings (right).

As you can see, there are no big differences between these two modes. This is both a good (as Low settings are looking at least good) and a bad thing (as the game does not scale on older GPUs).

NieR: Automata suffers from some other issues that need to be mentioned. From some unknown reason, the game upscales from a lower resolution when played in fullscreen mode. As such, PC gamers will have to download Kaldaien’s fix. Otherwise, they will be forced to play the game in windowed mode. 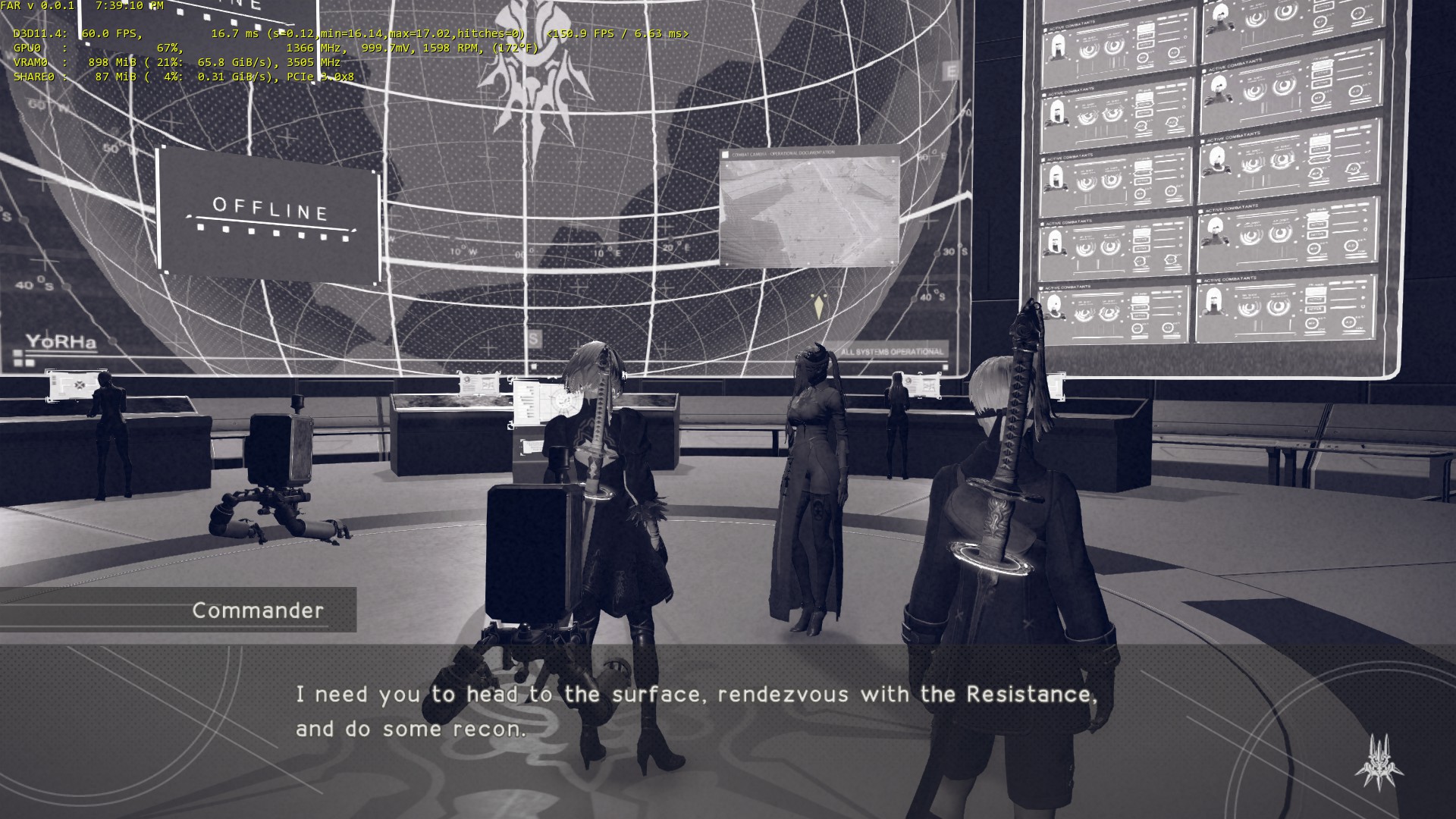 Moreover, PlatinumGames has really f’ed up the game’s keyboard+mouse control scheme. While that control scheme works perfectly fine in its third-person mode, it is busted during its shoot em up/platformer sequences, mainly due to its awful mouse sensitivity. For some unknown reason, during these sequences, it’s impossible to aim with mouse (too sensitive). PlatinumGames should simply improve mouse controls via a patch. Yes, some will say that this game was built primarily for gamepads. However, third-person games, shoot em ups and action side-scrollers (anyone remember Abuse? You know, that 1996 DOS action side-scroller that features BETTER mouse aiming mechanics than the ones of NieR: Automata?) work wonderfully with keyboard+mouse. So no, there is no excuse for the game’s bad keyboard+mouse controls.

All in all, NieR: Automata suffers from a respectable amount of issues. The game is plagued by some awkward upscaling issues in fullscreen mode, has bad keyboard+mouse controls, is locked at 60fps with cut-scenes running at 30fps, does not scale on older graphics cards and does not justify its GPU requirements. We are pretty sure that some of these issues can be addressed via post-release patches, though we don’t know whether PlatinumGames intends to invest time and effort into such a thing. 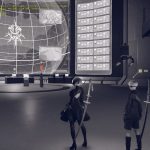 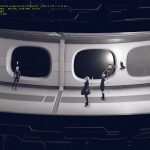 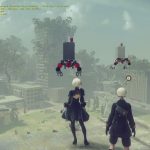 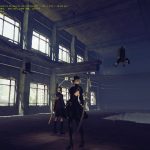 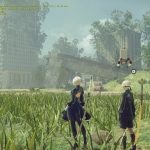 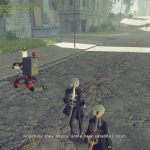 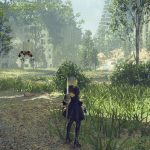 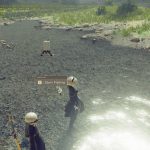 Square Enix has provided us with a review code for NieR: Automata