When Warner Bros initially announced that Injustice 2 would be only coming to consoles, we all knew that the game would, eventually, find its way to the PC too. After all, all of NetherRealms’ latest fighting games got ported to the PC. And after six months from its console release, Injustice 2 is finally available on the PC. So, time now to see how this fighting game performs on our platform.

For this PC Performance Analysis, we used an Intel i7 4930K (overclocked at 4.2Ghz) with 8GB RAM, AMD’s Radeon RX580, NVIDIA’s GTX980Ti and GTX690, Windows 10 64-bit and the latest version of the GeForce and Catalyst drivers. NVIDIA has not included any SLI profile for this game. And since the previous Mortal Kombat games do not support it, we can safely say that Injustice 2 will never support SLI natively. SLI owners can try the following SLI bits: “0x084000F5” or “0x088000F5”. While the game scales with these SLI bits, we noticed major flickering in a number of stages. As such, we did not use any of them during our tests. 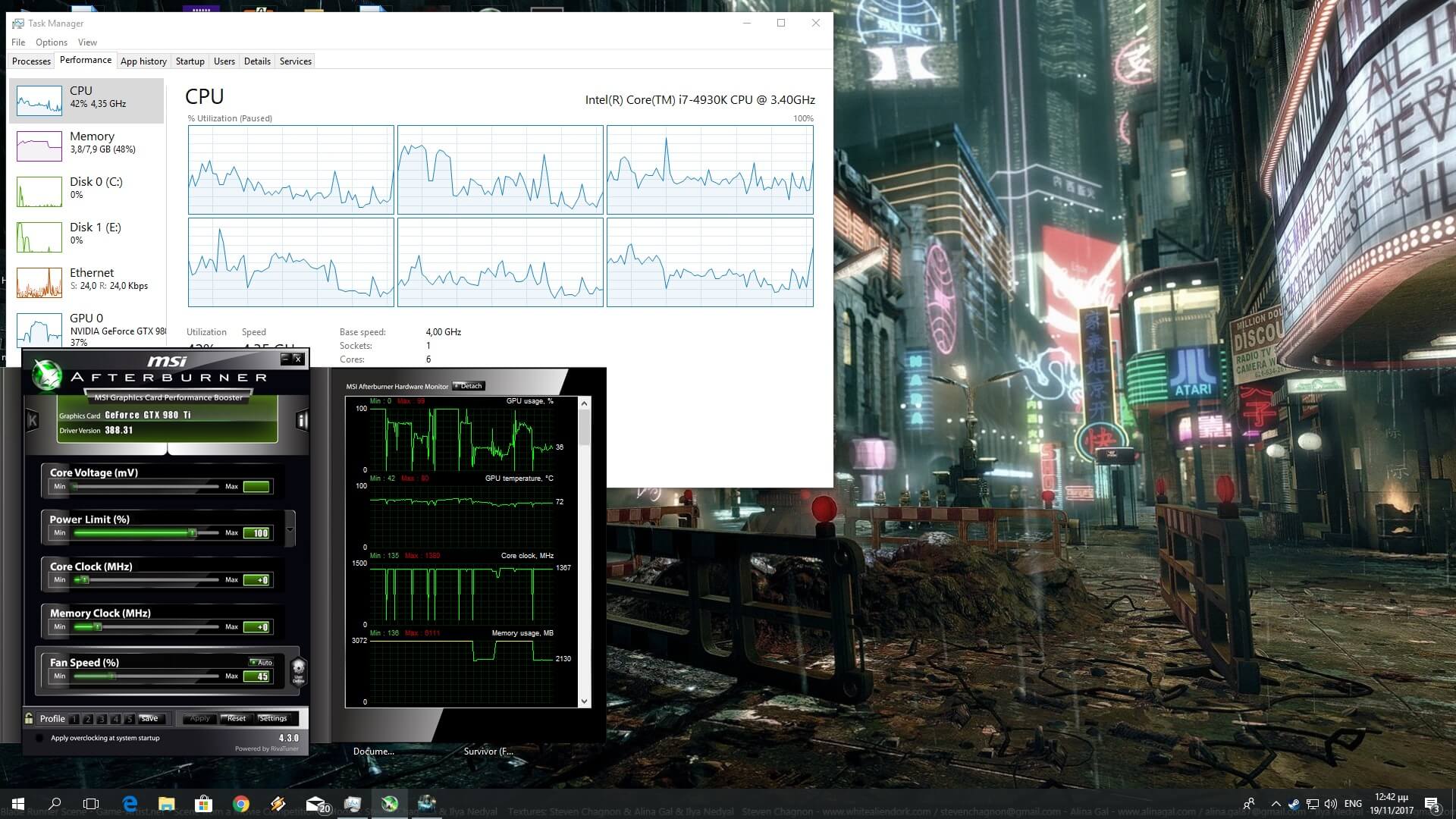 Surprisingly enough, QLOC has added a respectable amount of graphics settings to tweak. PC gamers can adjust the quality of Textures, Anti-Aliasing, Anisotropic Filtering, Bloom, Motion Blur, Lighting, Shadows, Ambient Occlusion, Subsurface Scattering and Particles Density. There are also options for Shadow Technique and Particles Mode. For a fighting game, Injustice 2 may feature the most comprehensive collection of graphics settings, so kudos to QLOC. 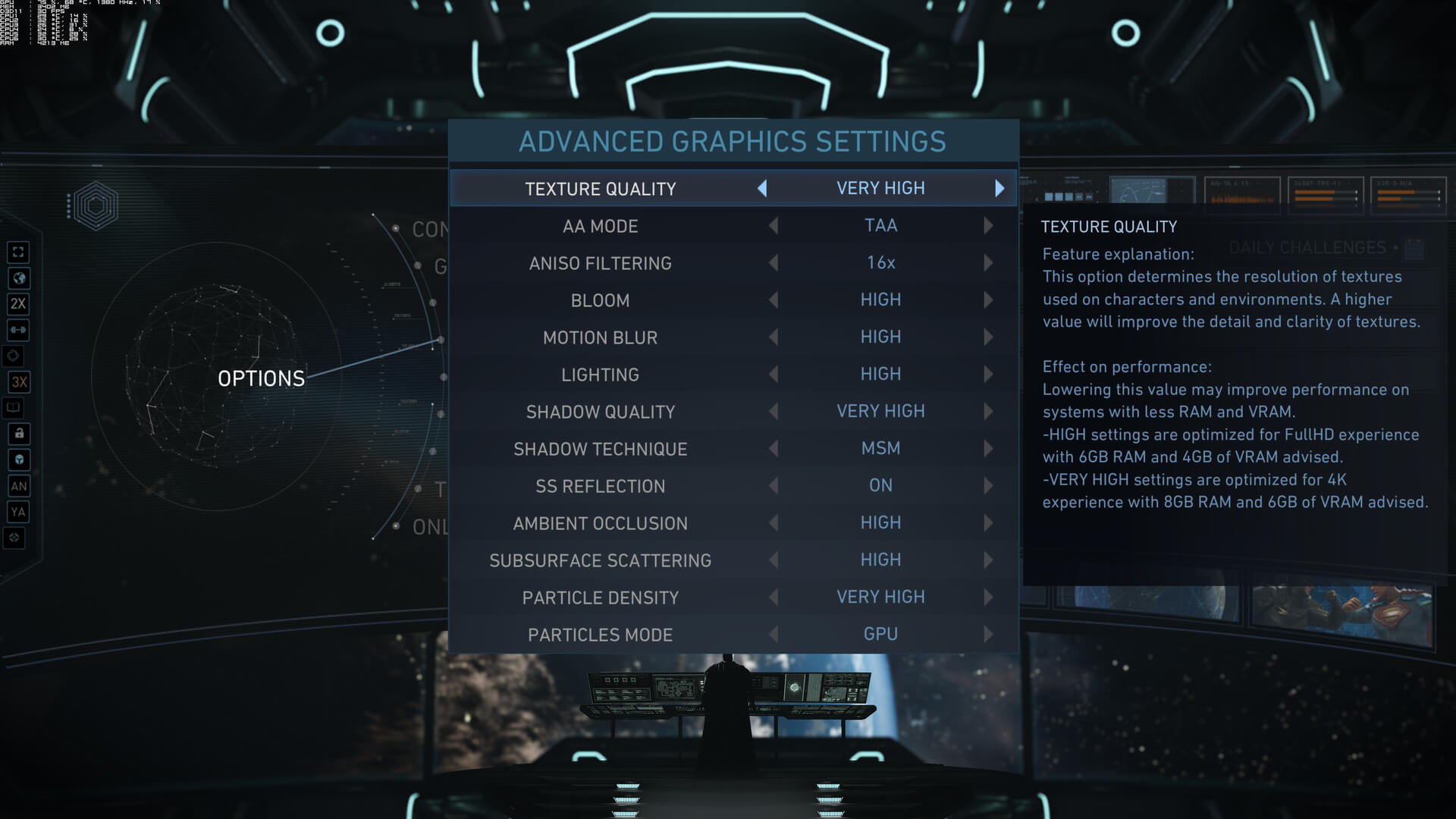 Injustice 2 is easy on its CPU requirements. In order to find out how the game performs on a variety of CPUs, we simulated a dual-core and a quad-core CPU. And we are happy to report that all of our systems were able to offer a constant 60fps experience at 1080p on Max settings. However, we do have to note that we were unable to run the game on our simulated dual-core system without Hyper Threading. Injustice 2 was constantly crashing on our simulated dual-core system. QLOC has listed an  Intel Core i5-750 as the minimum CPU, so our guess is that the game needs at least four CPU threads. When we enabled Hyper Threading, the game launched fine and ran without any performance issues. 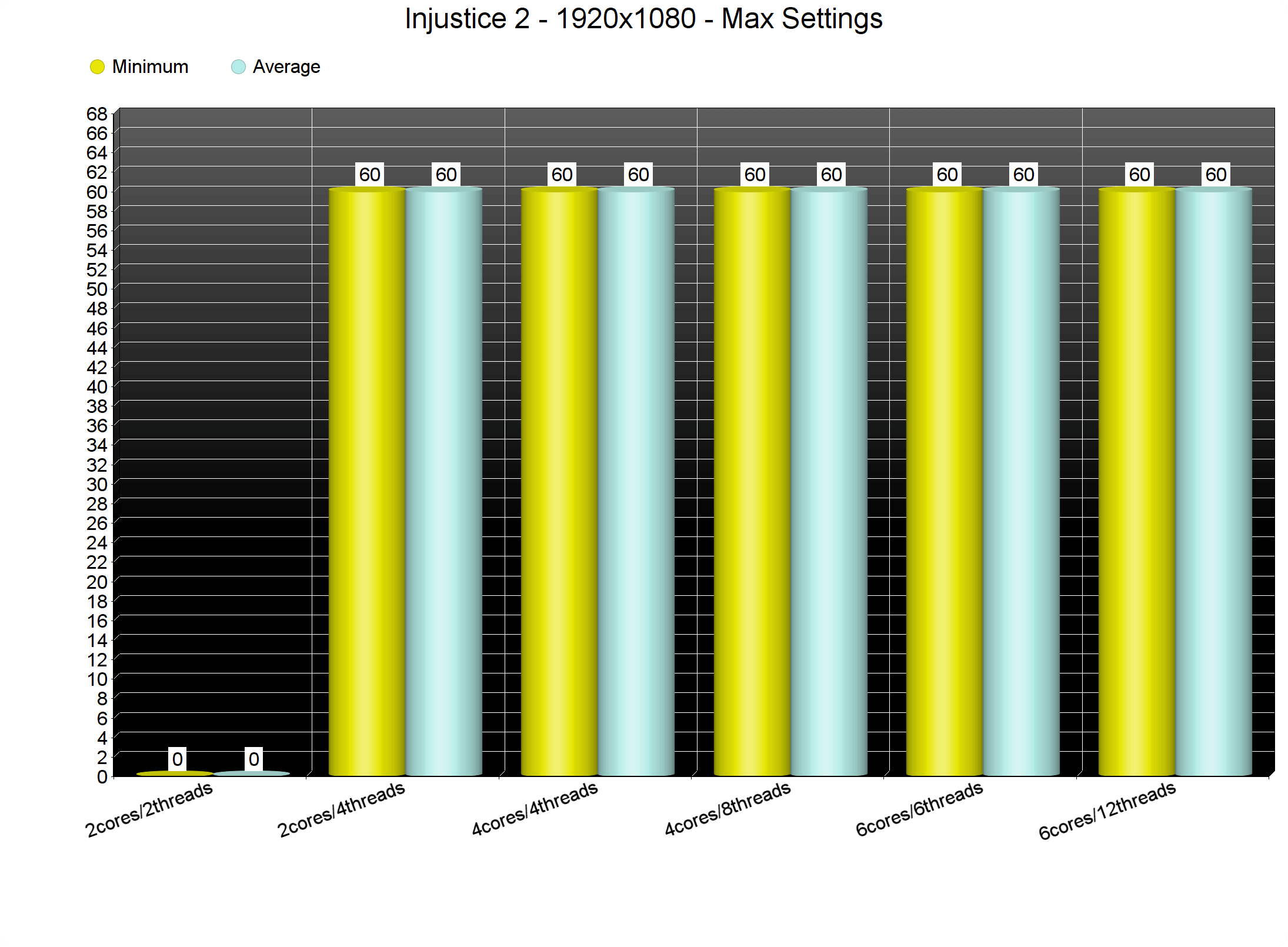 Injustice 2 is also easy on its GPU requirements. Both our NVIDIA GTX980Ti and AMD Radeon RX580 had no trouble running the game. Both of these cards can offer 60fps on max settings at both 1080p and 1440p. In 4K, both of them were unable to offer a constant 60fps experience. On the other hand, our GTX690 was unable to offer a 60fps experience on max settings at 1080p. By dropping most settings to High – and disabling some features like ScreenSpace Reflections – we were able to hit 60fps. This basically means that Injustice 2 will run fine on a wide variety of PC systems. 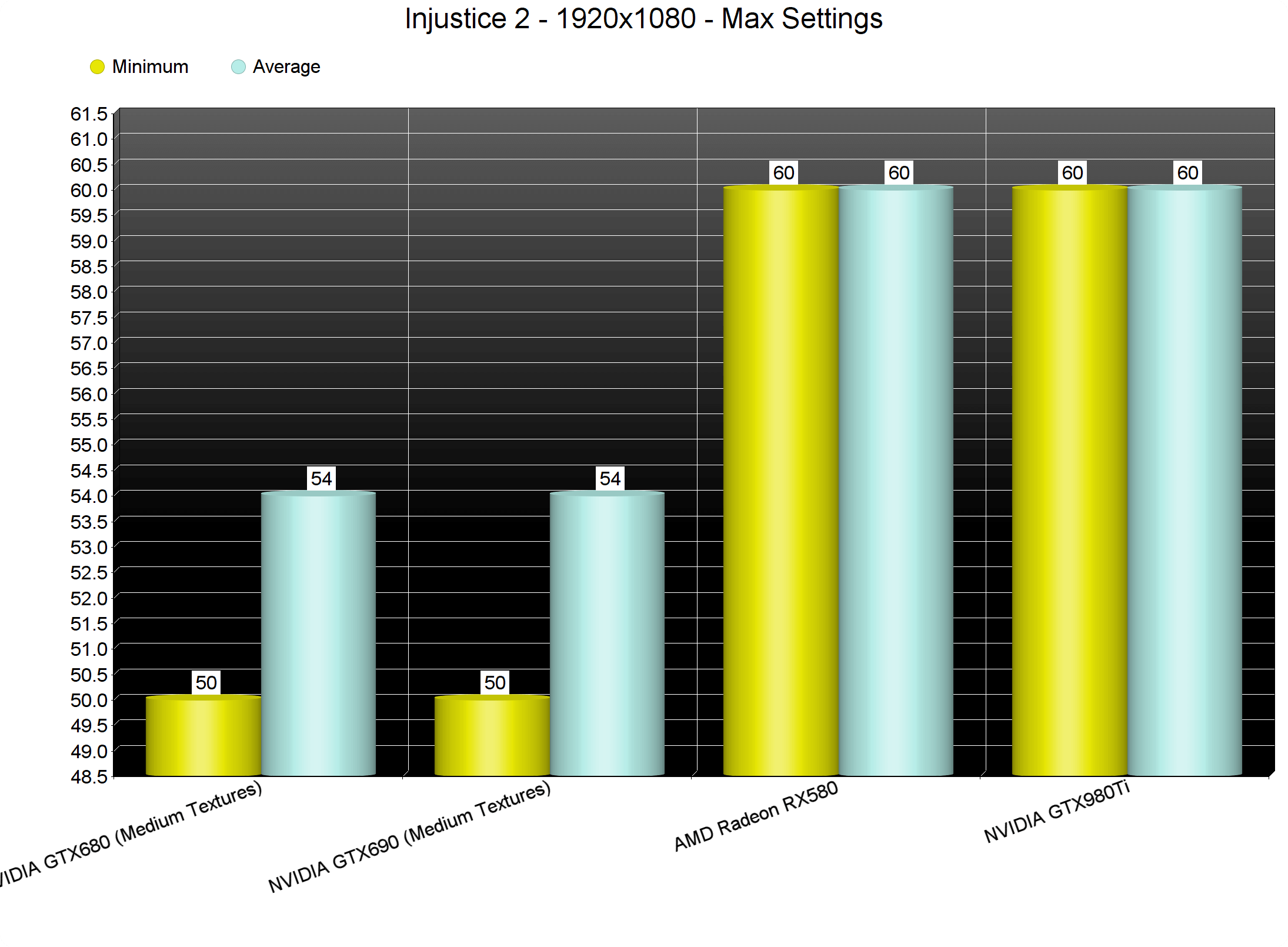 Graphics wise, Injustice 2 looks great. Its character models look amazing and the environments are full of details. The cut-scenes, while pre-rendered, appear to be using in-engine graphics. This is evident due to some polygonal hair on some characters, bokeh artifacts, shadow artifacts and aliasing issues. And let us tell you that the lip-syncing of some characters is among the best we’ve seen. NetherRealm has done an amazing work with it and it’s funny witnessing a fighting game featuring better lip-syncing that other triple-A FPS or third-person games. Our only gripe is with the real-time lighting system which seems to be inferior to the one used during the cut-scenes.

In conclusion, Injustice 2 looks and performs great on the PC. The game can run on a wide variety of PC systems, and does not suffer from any optimization issues. Not only that, but QLOC has implemented proper mouse controls for its menus, allows players to map their keys, and shows proper on-screen keyboard keys during the tutorial and the actual game. In short, this is a well polished PC version of a console game, and QLOC should be proud of itself! 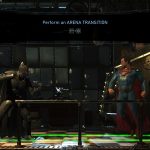 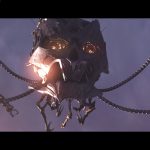 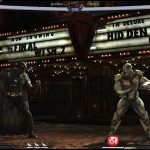 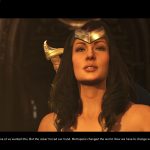 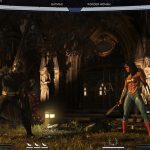 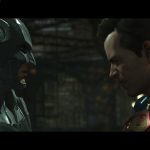 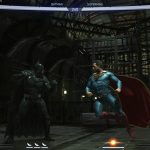 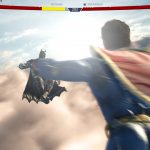 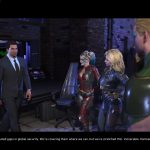 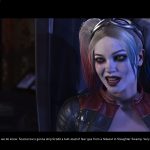 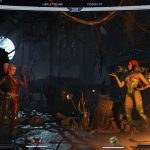 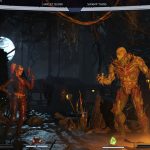 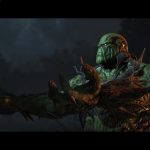 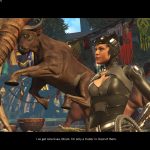 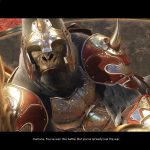 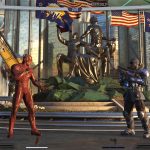 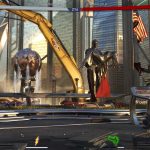 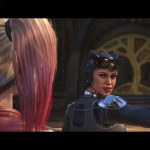