Ah, Hitman: Absolution. A Square Enix game that is ported to the PC by Nixxes. Awesome, right? After all, Nixxes was behind the PC version of Deus Ex: Human Revolution, a version that featured a lot of graphical options, a FOV slider, and took advantage of quad-cores. In all seriousness (and despite the fact that there was an annoying stuttering effect that was later fixed), Deus Ex: Human Revolution is a great PC port. Therefore, we were expecting Hitman: Absolution to blow us away. However, it did not. And did you know that the PC version suffers from console optimizations? Oh, you didn’t know that, right? Well keep reading to find out why Hitman: Absolution PC is not as good as DE: HR, Max Payne 3 or Sleeping Dogs.

As usual, we tested Nixxes’ and IO Interactive’s title on an overclocked Q9650 (4.2Ghz) with 4GB RAM, an Nvidia GTX295, Windows 7-64Bit and the latest version of the GeForce drivers. Thankfully, Nvidia has already included an SLI profile for the game, meaning that PC gamers won’t have to mess around with third-party tools, such as Nvidia Inspector Tool.

Now before continuing, let us address some earlier comments about the aforementioned test setup. This particular setup is ideal for testing the SLI scaling of a game, and gives us a clear view on whether a game is taking advantage of multi-cores or not. Yes, we could easily replace the GTX295 with a DX11 card. However, most of the games are not stressing that card in DX10 mode. This means that we’re not GPU limited in most of our games (provided we do not use extreme amounts of AA). Truth be told, we will replace – in a couple of months – our GPU with a GTX690, but that is irrelevant at this point. As for the Q9650, yes, this is an old CPU. However, let’s not forget that most PC games are based on their console counterparts. And when we see our CPU being used for graphical features, we know that a game is not optimized for the PC. Why you ask? But because those optimizations are made for the console versions of games.

Hitman: Absolution seems to be scaling well on quad-cores. And it does. Not only that, but there is an 11fps difference between a dual-core and a quad-core. What really disappointed us, though, was the fact that the CPU is being used for the game’s reflections and level of detail. The level of detail setting is responsible for the crowd/NPCs density, the environmental detail and the game’s LOD. Naturally, crowd density brings additional overhead to the CPU (more NPCs equals to more AI routines). The other two sub-settings, though, are pure graphical features that should be handled by the GPU. To add more salt to the injury, Hitman: Absolution’s environments are static; meaning no interactivity or destructibility for the richer environments. These are, obviously, console optimizations that passed over to the PC version. This also means that dual-core owners will have to reduce those settings in order to achieve playable framerates, even if they are owners of high-end GPUs.

But let’s take a closer look at some scenes, shall we? As we can see, our GPU was underused in that particular scene and the game was running with only 34fps (Ultra settings at 1080p, albeit using High shadows instead of Ultra to avoid GPU limitations). In order to avoid any SLI issues, we also captured an image from that scene with the aforementioned settings (though we used a lower resolution as a GTX275 is not enough for this title). In both SLI and Single-GPU mode, our graphics card was not used to its fullest. When we lowered the Reflections and Level of Detail settings, though, we noticed a higher framerate with a better GPU utilization. 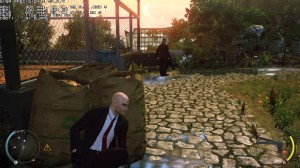 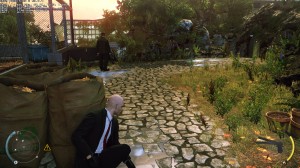 Another great example of Hitman: Absolution’s optimization issues can be demonstrated below. The settings that were used were the same as above. As we can see, when we used higher settings for Reflections and Level of Detail, we noticed a lower GPU utilization. Obviously, this should not be happening as the only thing that has been changed was the environmental detail. No additional NPCs, no additional AI calculations. And the game would obviously be running with the same GPU usage as before, provided those two settings were handled by the GPU and not the CPU. That, or the DX10 (fall-back) path is busted and has major performance issues with those two afforementioned settings. 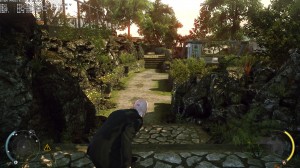 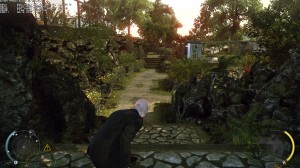 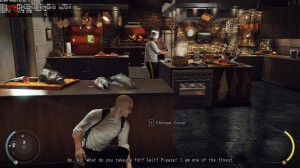 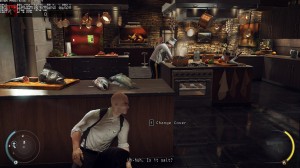 Graphics wise, Hitman: Absolution does look good. IO Interactive and Nixxes used a lot of high-resolution textures, though we’ve been spoiled by SweetFX and feel the need to add a little extra sharpening to them. Hitman: Absolution features a lot of post-processing effects, and Agent 47’s head is more shiny than ever. Unfortunately, the game does not support any POM effects, though DX11 owners can take advantage of tessellation. Still, we think that a combo of POM (for terrain) with tessellation (for characters) would be the perfect choice. Sun-shafts and anamorphic lens-flares are also supported.

All in all, Hitman: Absolution looks great but suffers from console optimizations. Nvidia has already included a proper SLI profile to it, and scaling is great (when PC gamers are not limited by their CPUs). A GTX295 can handle this title at Ultra DX10 settings, though you will definitely need a high-end CPU to overcome the game’s optimization issues. As always, Intel’s iX processors will perform better, but you’ll still need to overclock them if you want to be playing with constant 60fps at Ultra settings. 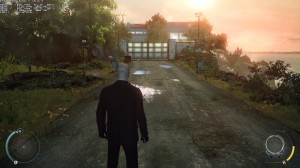 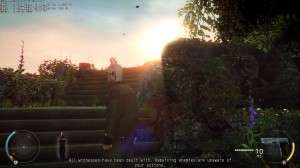 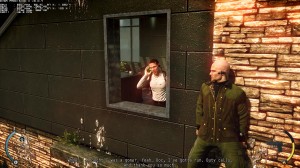 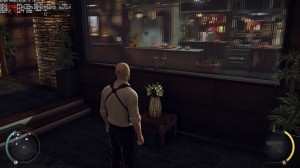 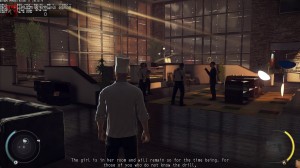 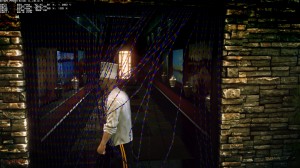 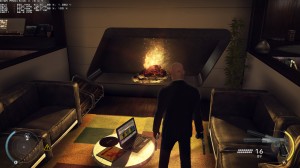 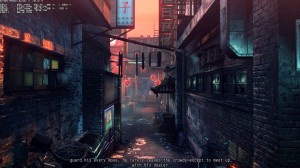 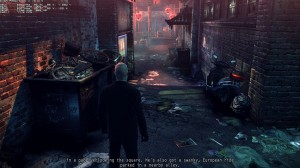 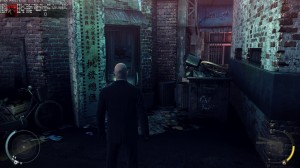 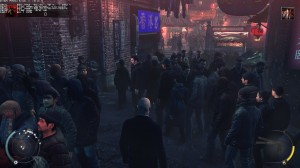 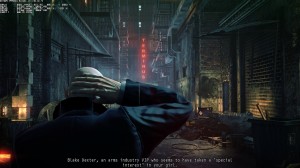 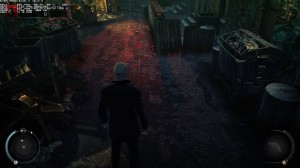