Forza Motorsport 7 is a racing game we were really looking forward to. After fixing Forza Horizon 3’s ridiculous CPU scaling issues, we were hoping that the Forza Motorsport 7 performance would be better at launch. However, and as its demo indicated, things were not looking that great. So here we are today with the final version of the game, and it’s time to see how this new racer performs on the PC. 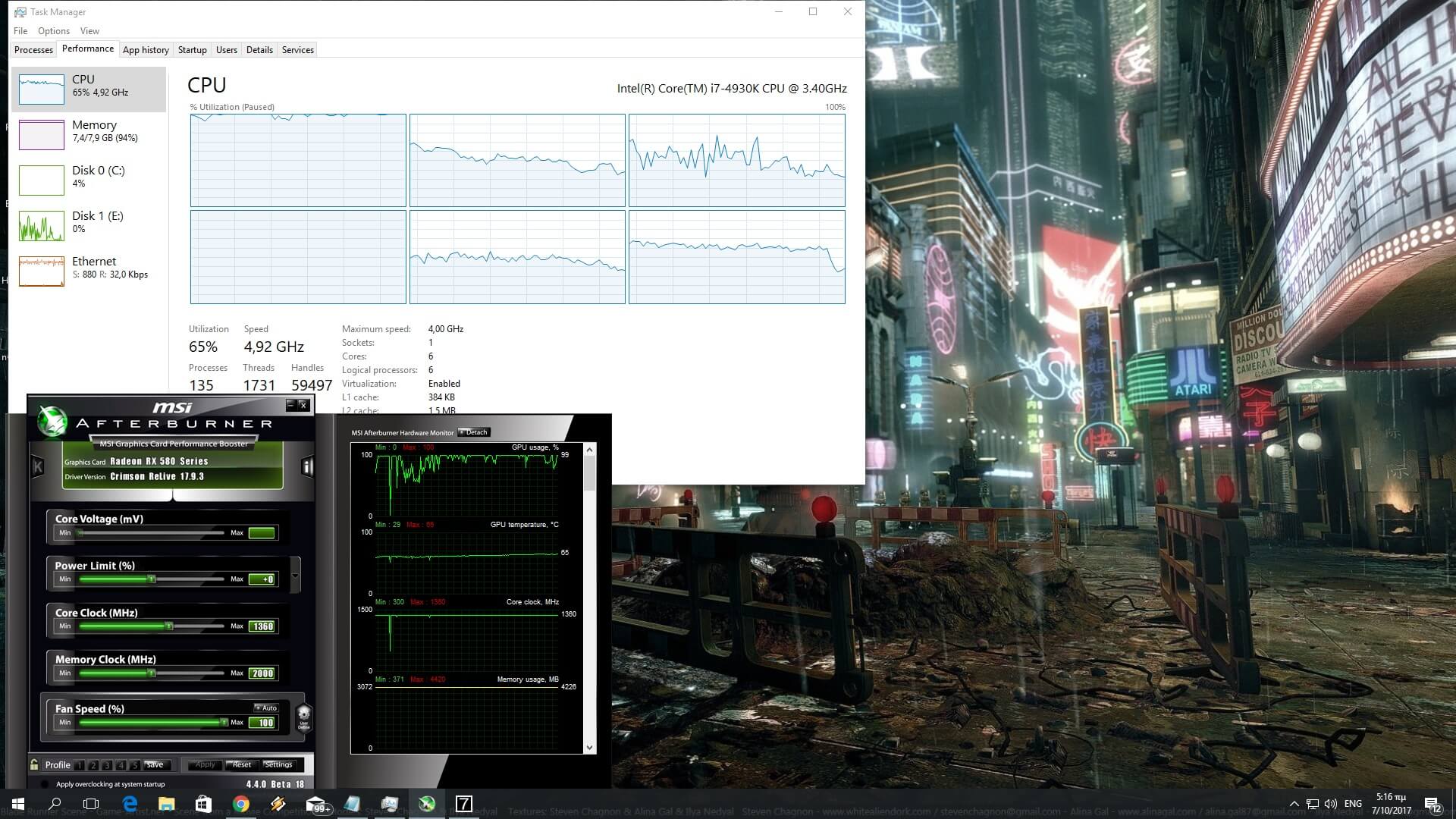 For this PC Performance Analysis, we used an Intel i7 4930K (overclocked at 4.2Ghz) with 8GB RAM, AMD’s Radeon RX580, NVIDIA’s GTX980Ti and GTX690, Windows 10 64-bit and the latest version of the GeForce and Catalyst drivers. Given its DX12 nature, the game does not support SLI. As such, our GTX690 performed similarly to a GTX680. 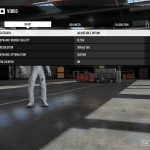 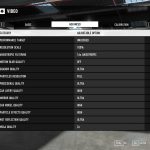 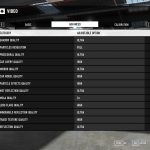 In order to find out how the game performs on a variety of CPUs, we simulated a dual-core and a quad-core CPU. Thankfully, Turn10 has included a built-in benchmark tool that is representative of the in-game performance, so we used that. 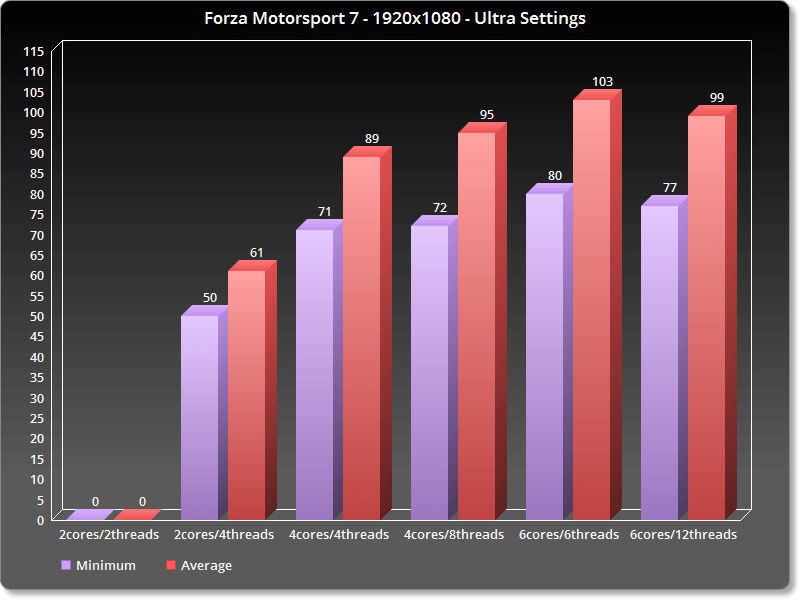 As we reported back in September, Forza Motorsport 7’s demo suffered from major CPU scaling issues. And unfortunately these issues have not been resolved. Turn10 claimed that the game scales on multiple CPU cores but as we can see, the game stresses only two CPU cores. As such, we’ve experienced CPU bottlenecks due to this awkward behaviour. The following screenshot clearly backs up our claims. Even though the game is not pushing our CPU to the limits (apart from two CPU cores), our GPU that was not used to its fullest. As such, and due to these mediocre CPU scaling issues, we were CPU limited. Yes, we are talking about more than 90fps here, however that’s not an excuse. 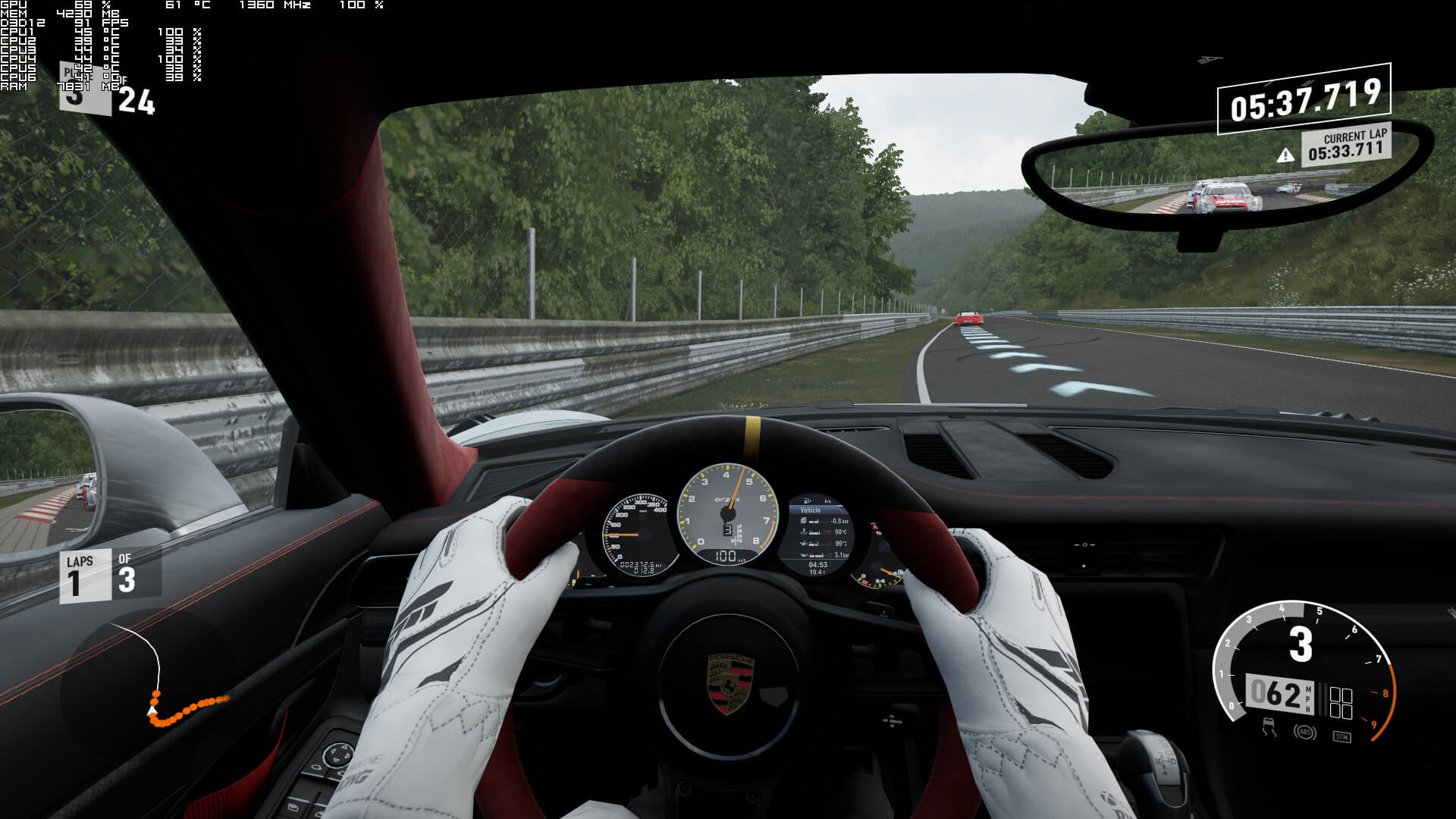 Forza Motorsport 7 is one of the few games that benefits AMD’s GPUs over NVIDIA’s. Our Radeon RX580 was able to surpass the NVIDIA GTX980Ti, something that really amazed us. While the GTX980Ti was able to push an average of 80fps on Ultra settings at 1080p, the Radeon RX580 offered an average of 103fps. It’s also worth noting that GPU usage was higher on AMD’s hardware. We don’t know what is causing the underwhelming performance on NVIDIA’s hardware, or whether a new driver update will be able to fix it. The good news is that both GPUs were able to offer a constant 60fps experience in 4K with 2XMSAA. So yeah, despite its CPU issues, the game runs extremely well on the PC. 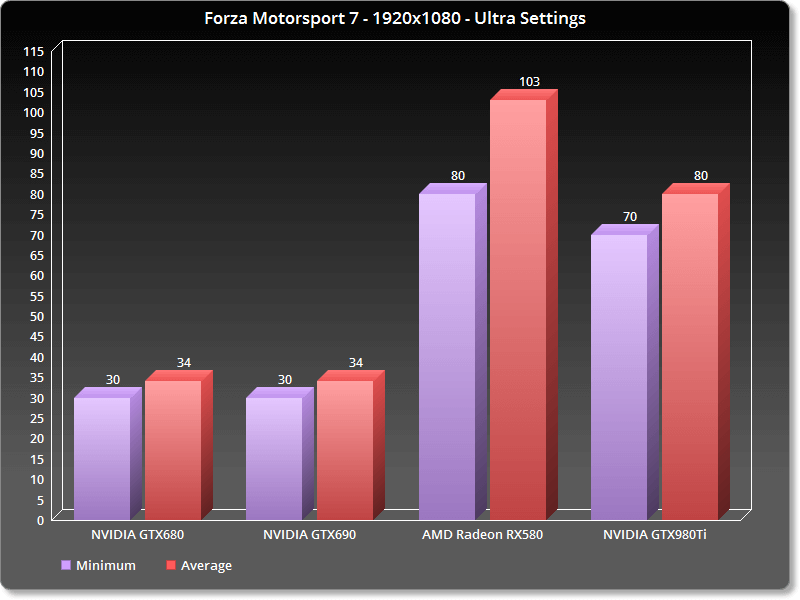 The game comes with five presets; Very Low, Low, Medium, High and Ultra. However, and due to the CPU optimization issues we mentioned earlier, the performance difference between these presets is minimal. For example, the benchmark ran with 124fps on Very Low and with 103fps on Ultra. 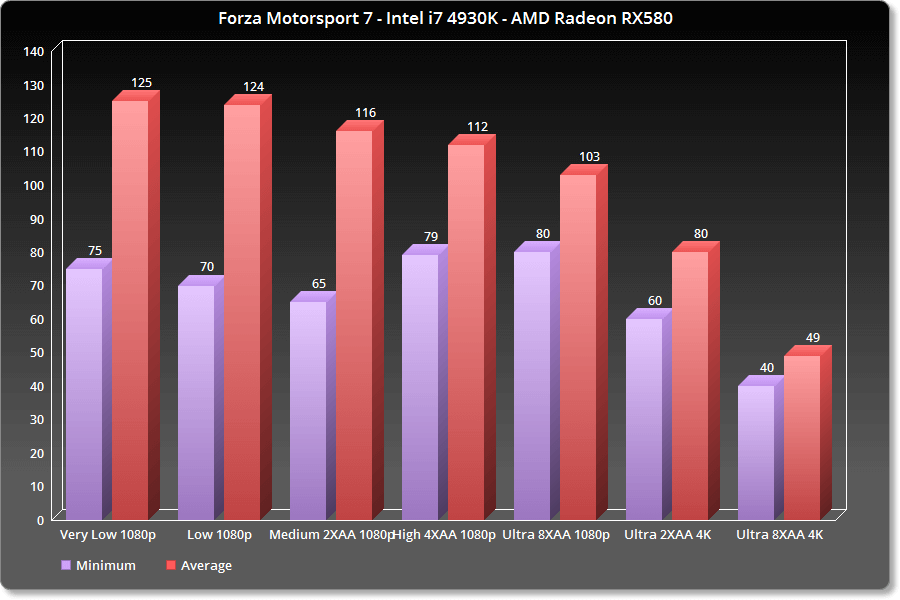 Furthermore, we experienced some stability issues the longer we were playing. After a few races, we noticed extreme stuttering. Not only that, but the game was freezing at the Loading screen after a few free races. In both cases we had to restart the game in order to resolve these issues. We don’t know what is causing them (a memory leak perhaps?) however this is something that Turn10 needs to address as soon as possible. 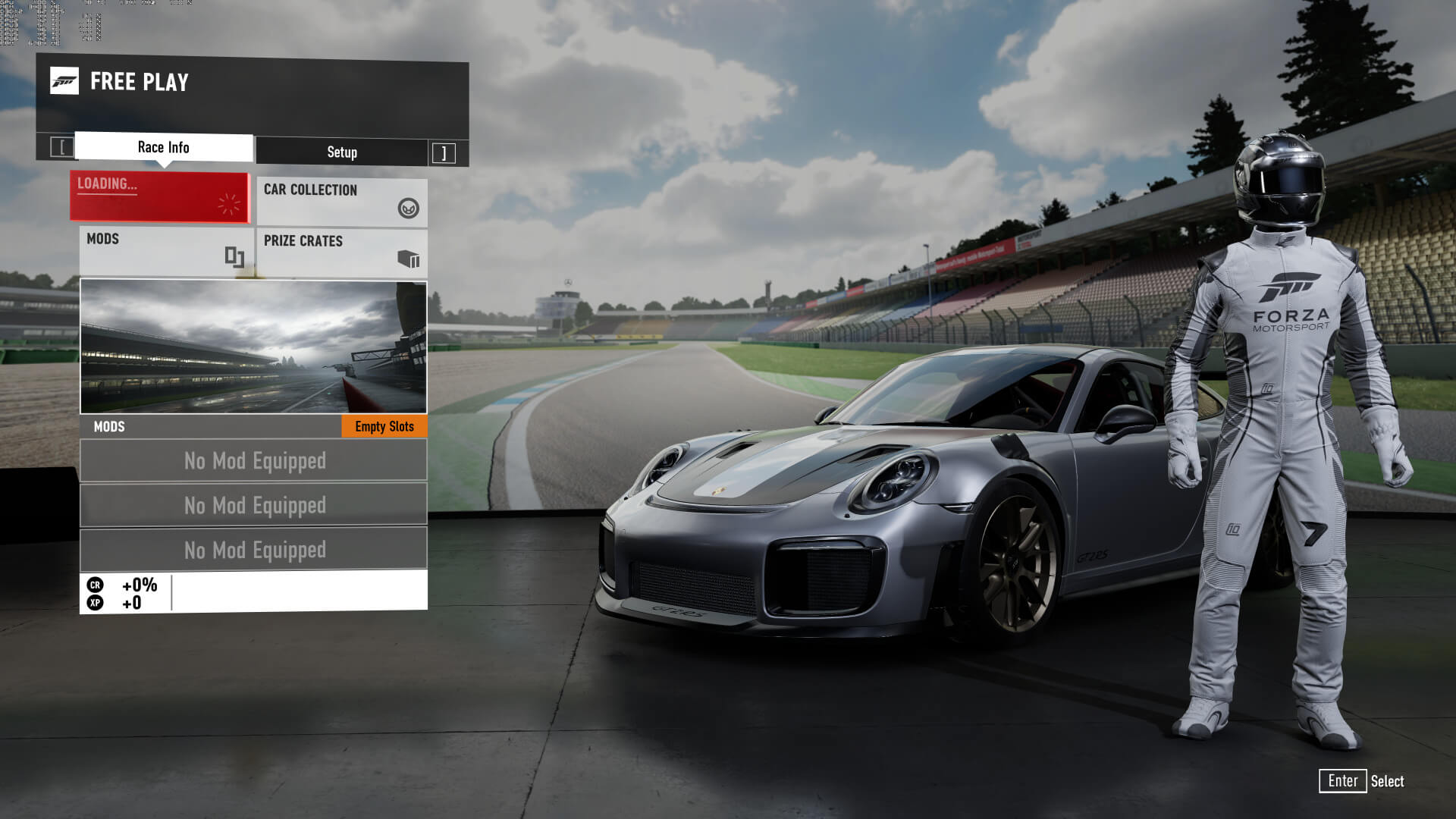 From the looks of it, Turn10 created a title that runs silky smooth on a variety of GPUs instead of a game that showcases what modern-day racing games are capable of. And this is a double-edged sword. Yes, the game runs well (as long as there aren’t those annoying stutters mind you) and looks – for the most part – great. However, it cannot top what Slightly Mad Studios is offering with Project CARS 2.

All in all, Forza Motorsport 7 is a mixed bag. While there is no denying that the game suffers from CPU optimization issues, the game can run exceptionally well on most modern-day systems. Moreover, it does not require a high-end GPU. AMD owners will also find here a game that benefits their cards, and it’s the perfect game to rub in their NVIDIA friends’ faces. Still, those with CPUs (that offer weaker IPC performance) may encounter performance issues. Turn10 claimed that the game scales on multiple threads. However, our six-core and simulated quad-core systems performed similarly, indicating that there is room for improvement. The game also suffers from stuttering and stability issues. Here is hoping that a few post-release patches will improve things further. Turn10 has done it in the past with Forza Horizon 3, and we sure hope that it will do it again with Forza Motorsport 7. 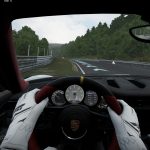 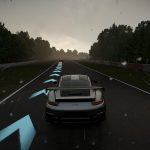 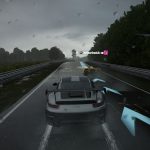 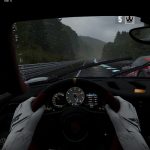 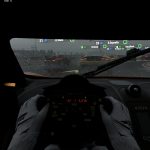 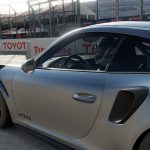 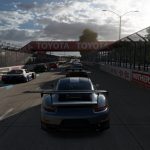 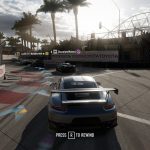 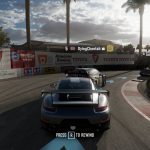 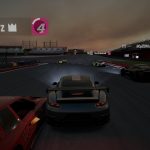 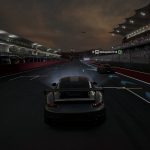 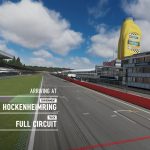 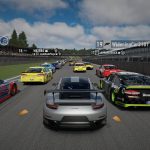 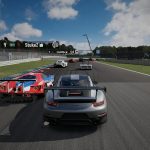 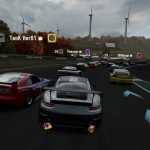 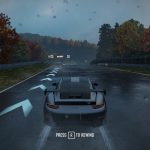 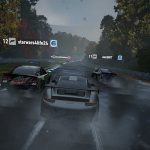