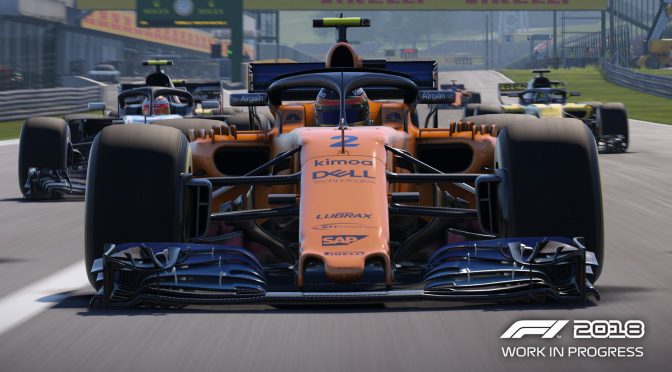 F1 2018 is the latest part in Codemasters’ F1 series that has just been released on the PC. Powered by the EGO Engine 4.0, F1 2018 promises to be the best looking F1 game to date (an easy task as there aren’t many F1 competitors). So, it’s time now to benchmark the game and see how it performs on the PC platform. 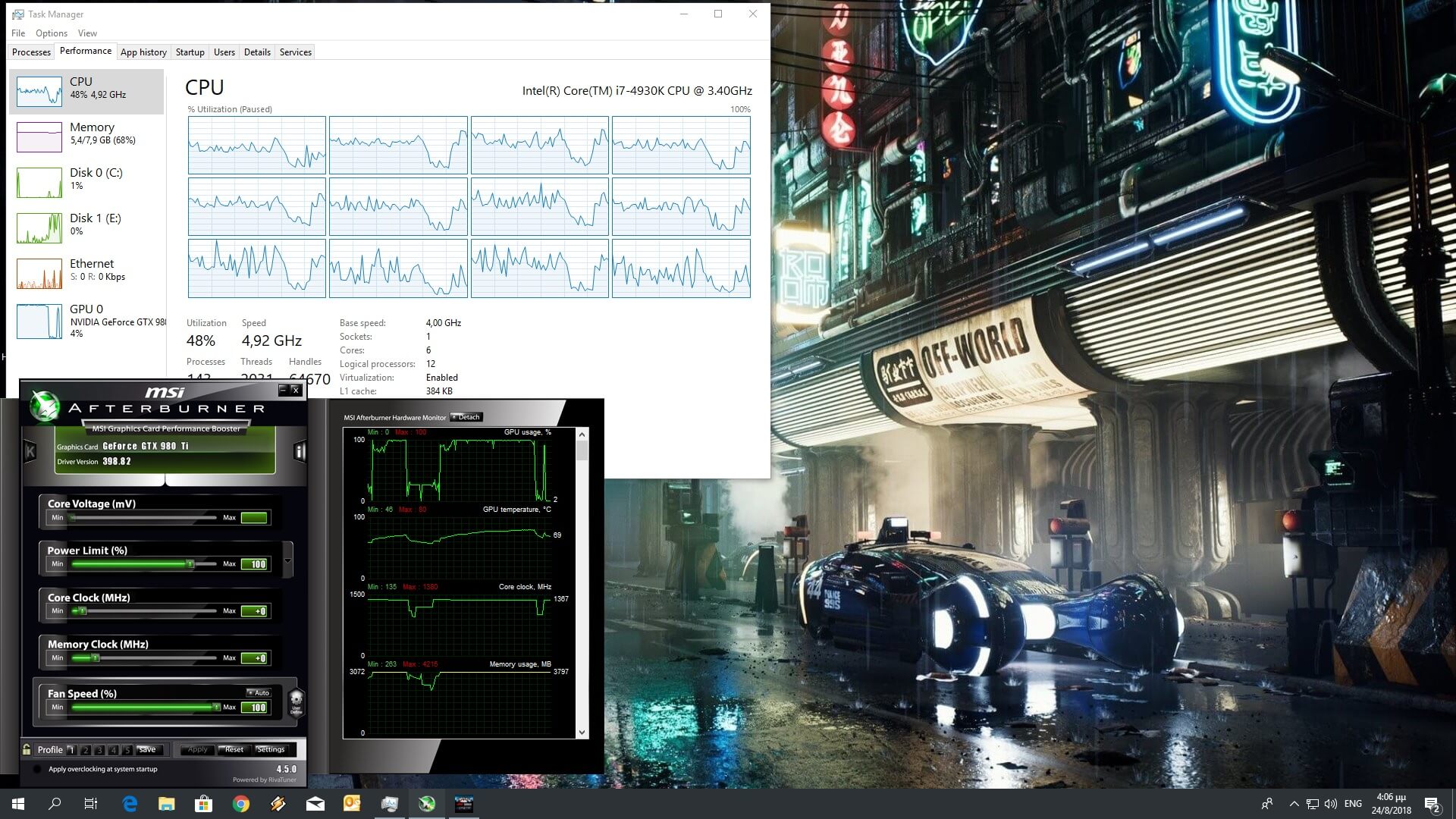 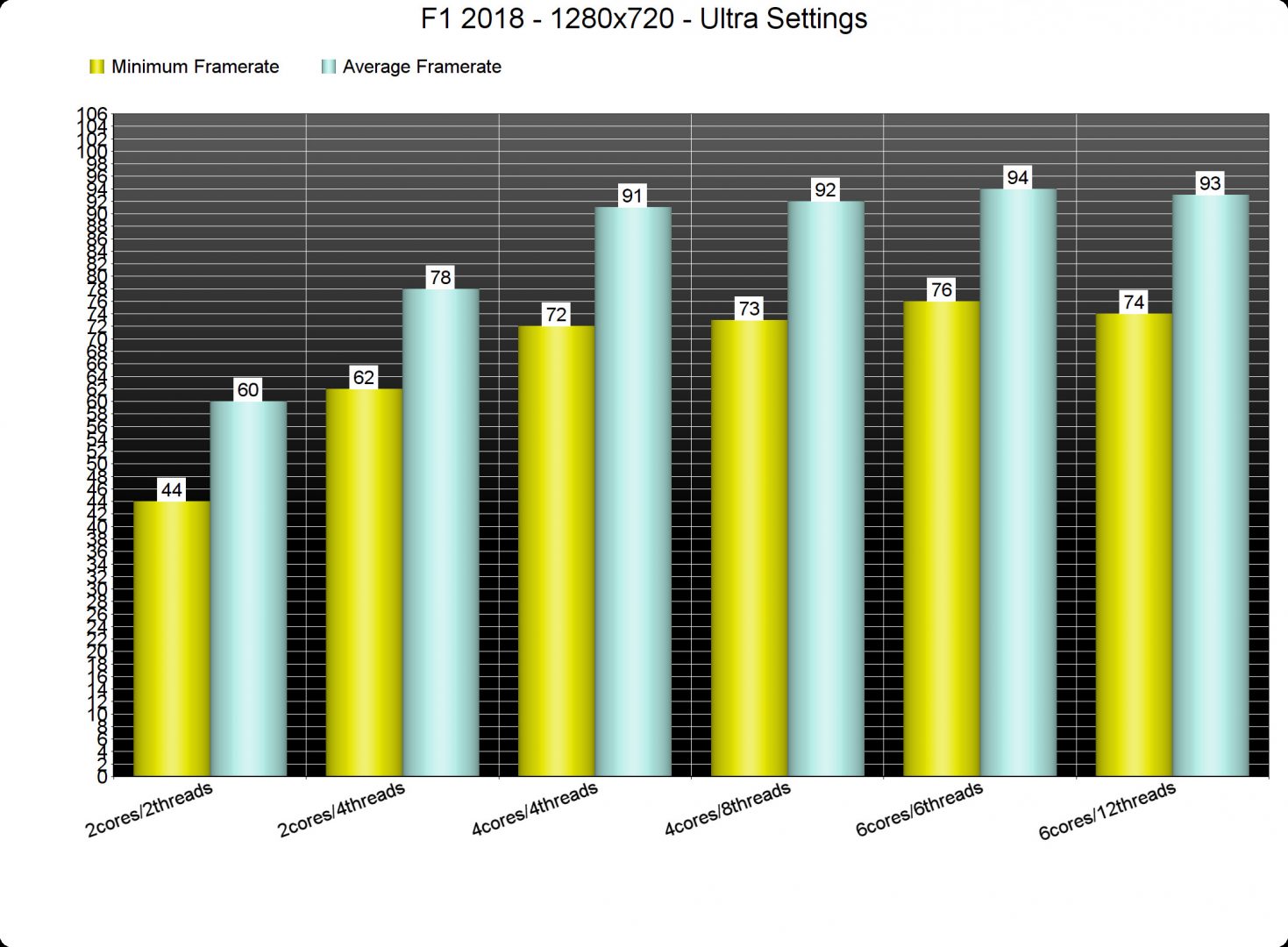 F1 2018 requires a modern graphics card in order to be enjoyed on Ultra settings at anything higher than 1080p. Our GTX980Ti was able to run the game with an average of 77fps at 1080p and with an average of 60fps at 1440p. While there were some rare minor drops below 55fps, the game was really smooth. On the other hand, our AMD Radeon RX Vega 64 had no trouble a all running the game with more than 60fps on both 1080p and 1440p. 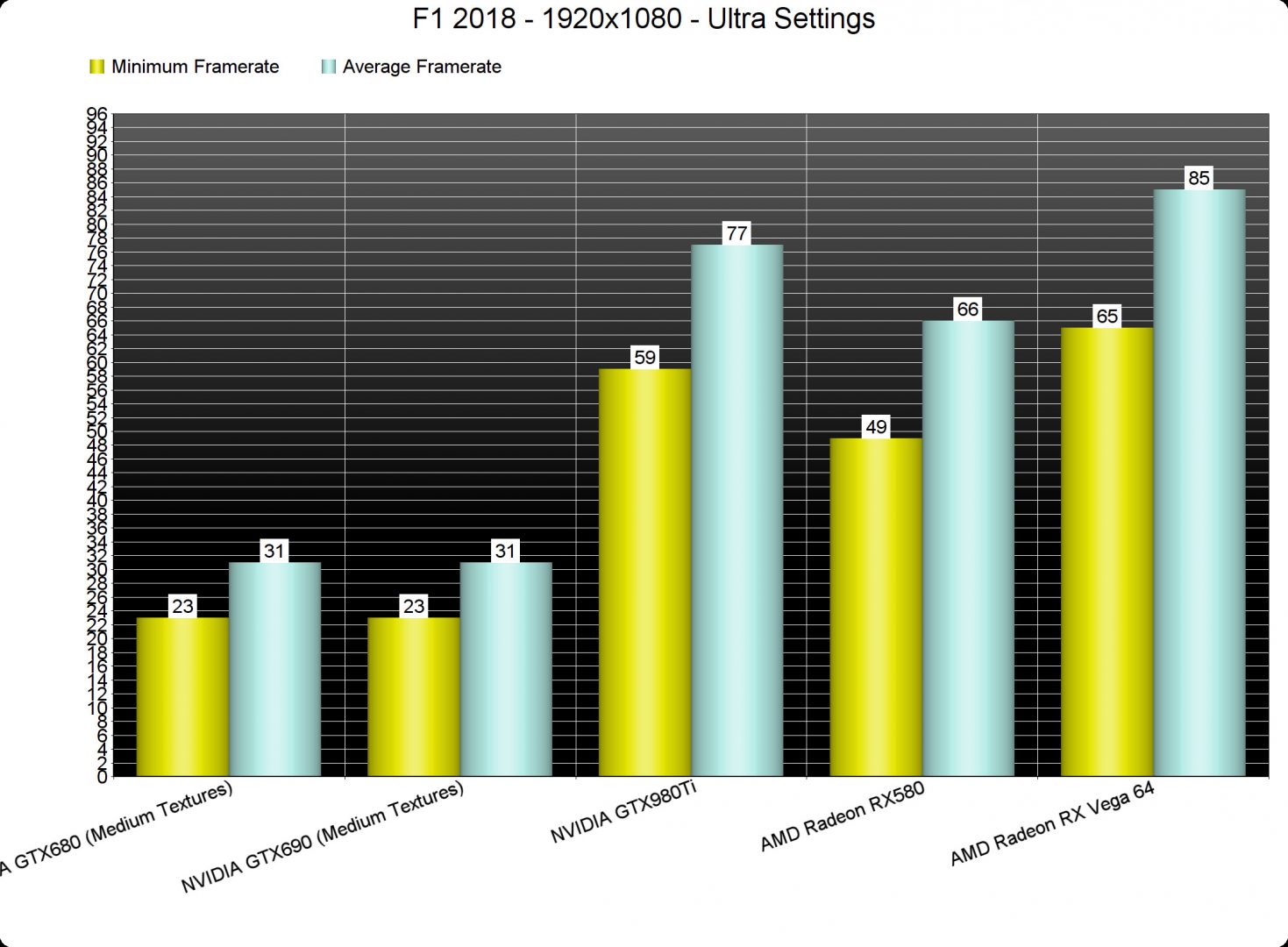 However, we did notice some underwhelming GPU usage at 720p when using AMD’s high-end GPU. While the framerate was above 60fps, our GTX980Ti was actually able to beat the Vega 64 at that low resolution. In case you’re wondering, this is due to AMD’s underwhelming DX11 drivers. There is no doubt that the AMD Radeon RX Vega 64 is a more powerful GPU than the NVIDIA GeForce GTX980Ti. However, and due to AMD’s mediocre DX11 drivers, the GTX980Ti can top the AMD Radeon RX Vega 64 when paired with CPUs that cannot overcome AMD’s additional DX11 CPU overhead. 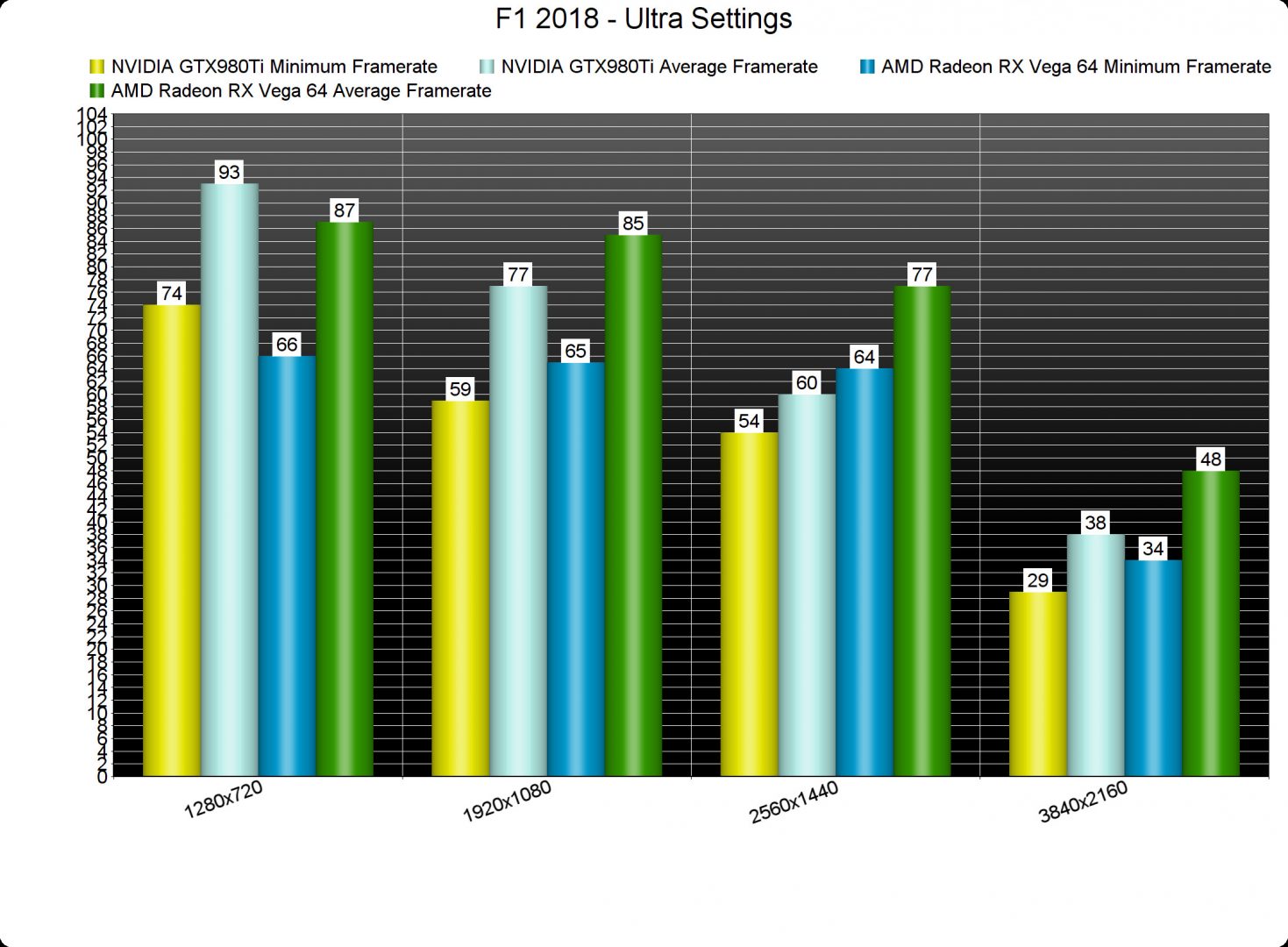 Graphics wise, F1 2018 is a great looking game. Compared to last year’s offering, F1 2018 is more refined and packs better visuals. Generally speaking, it feels like what we’re getting with each newer iteration of FIFA and Pro Evolution Soccer; better visuals but not a generation jump. All vehicles are highly detailed, there are many high-resolution textures, and the rain effects – in particular the water spray effects – are among the best we’ve seen.

All in all, F1 2018 performs incredibly well on the PC platform. The game does not require a high-end CPU and can be easily considered a GPU-bound title. An NVIDIA GTX980Ti is able to offer a smooth experience at 1080p and an AMD Radeon RX Vega 64 has no trouble at all running the game at both 1080p and 1440p. The game supports wheels, displays proper on-screen keyboard indicators, and we did not encounter any crashes; it’s a pretty solid PC version. 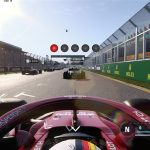 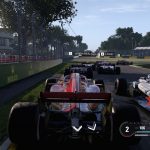 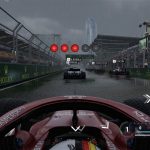 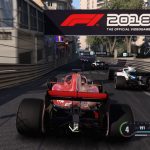 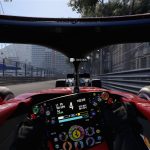 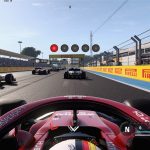 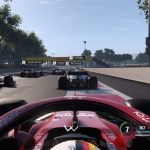 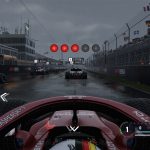 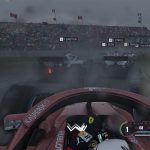 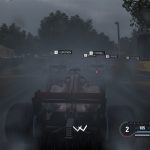 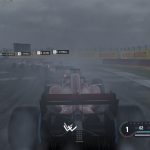