Deus Ex: Mankind Divided is a game that a lot of PC gamers have been looking forward to. Powered by the Dawn Engine, the PC version of Deus Ex: Mankind Divided sports visuals similar to those of its 2015 Tech Demo. In fact, the scene that NIXXES showcased in its tech demo is the same one used in the game’s built-in benchmark tool, so kudos to them for not downgrading the visuals.

As always, we used an Intel i7 4930K (turbo boosted at 4.2Ghz) with 8GB RAM, NVIDIA’s GTX690 and GTX980Ti, Windows 8.1 64-bit and the latest WHQL version of the GeForce drivers. NVIDIA has already included an official SLI profile for this game, however PC gamers have reported that these compatibility bits (0x2C0120F5 and 0x281942F5) offer better SLI scaling.

Before continuing, let us tell you that it was impossible to hit a constant 60fps experience on our GTX980Ti at 1080p and on Ultra settings (even without MSAA). Deus Ex: Mankind Divided features some really demanding techniques. Therefore, we used a mix of Ultra and Very High settings. With these settings, we were able to run the game without dropping below 65fps, and we were also able to run the built-in benchmark with a minimum of 50fps (and an average of 60fps). 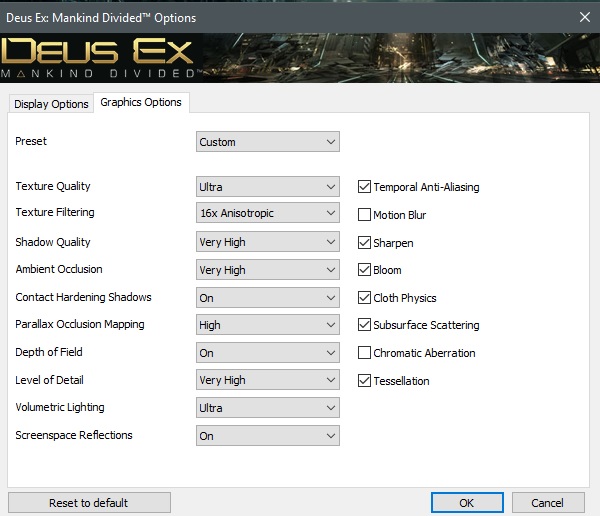 Naturally, our GTX690 was unable to run the game without dropping below 60fps on the aforementioned settings, therefore we had to use a mix of High and Very High. We did notice some drops to 50fps here and there, but the overall experience was quite enjoyable. We also had to lower our Textures to Medium due to VRAM limitations.

And now let’s address the elephant in the room. Is Deus Ex: Mankind Divided an unoptimized product? Well, no it’s not. Yes, some graphics settings can cripple performance when set on Ultra, however it is kind of cool that EIDOS Montreal and NIXXES went ahead and included them. The visual difference between Very High and Ultra is minimal, therefore we strongly suggest avoiding the Ultra settings if your GPUs are unable to handle them. Consider these Ultra settings as “Extra” settings. They are really demanding and they are meant for those that have enough GPU raw power to spare. And since there are no major visual differences between Very High and Ultra, PC gamers should not feel “bad”, “cheated”, “betrayed” or whatever for not enjoying the game with these settings.

For what is worth, we strongly suggest avoiding Contact Hardening Shadows as it appears that the LOD values for CHS are relatively low. As a result of that, a lot of distant shadows are not being properly rendered on screen (as you can see below).

The good news is that thanks to all these graphics settings, Deus Ex: Mankind Divided scales nicely on a variety of graphics cards. Not only that, but the game looks and runs great even on High settings. While there are some noticeable differences between High and Very High settings (lower quality shadows and ambient occlusion for example, as well as a lower LOD), the game still looks great.

Graphics wise, Deus Ex: Mankind Divided is a really beautiful game. Its environments are filled with lots of details, reflections are top notch, its lighting system is awesome, and thanks to POM a lot of surfaces appear to have an additional layer of depth. Unfortunately, however, the lip-syncing of all characters is awful. And to be honest, this does not really surprise us. Human Revolution suffered from a similar issue and we immediately noticed Mankind Divided’s mediocre lip-syncing techniques during its pre-release trailers.

Deus Ex: Mankind Divided is powered by the Dawn Engine and we were utterly impressed by its multi-threading capabilities. In order to find out how the game scales on various CPUs, we simulated a dual-core and a quad-core CPU.

For our CPU testing purposes, we used the following scene. In that scene there is a big firefight happening inside a bookstore. Given the increased amount of NPCs and enemies, this is a perfect scene to test the engine’s multi-threading capabilities. 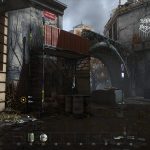 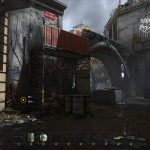 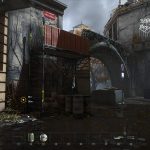 NIXXES has also provided a wide range of options to tweak regarding your UI. Players can enable/disable lots of things (from object pickup outlines to interaction prompts and threat indicators). Some users reported that the game suffered from mouse acceleration issues, however that’s not the case. Instead, it appears that the mouse Y-axis has lower default values than the X-axis.

All in all, Deus Ex: Mankind Divided performs incredibly well on the PC platform, provided you avoid using MSAA. The game offers a lot of graphics settings to tweak, looks lovely, sports incredible multi-threading capabilities, runs and looks great on High settings even on dated PC configurations, offers proper on-screen keyboard indicators, and features a lot of additional gameplay/UI settings (as well as a Field of View slider). 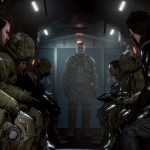 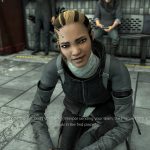 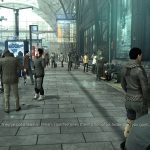 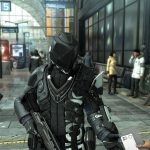 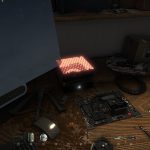 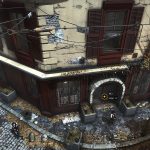 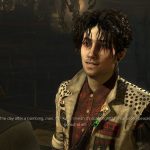 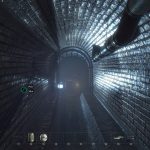 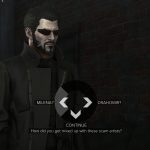