Bethesda has released on PC the latest first-person shooter from Arkane Studios, Deathloop. Powered by the Void Engine, it’s time now to benchmark its non-ray-traced version and see how it performs on the PC platform. 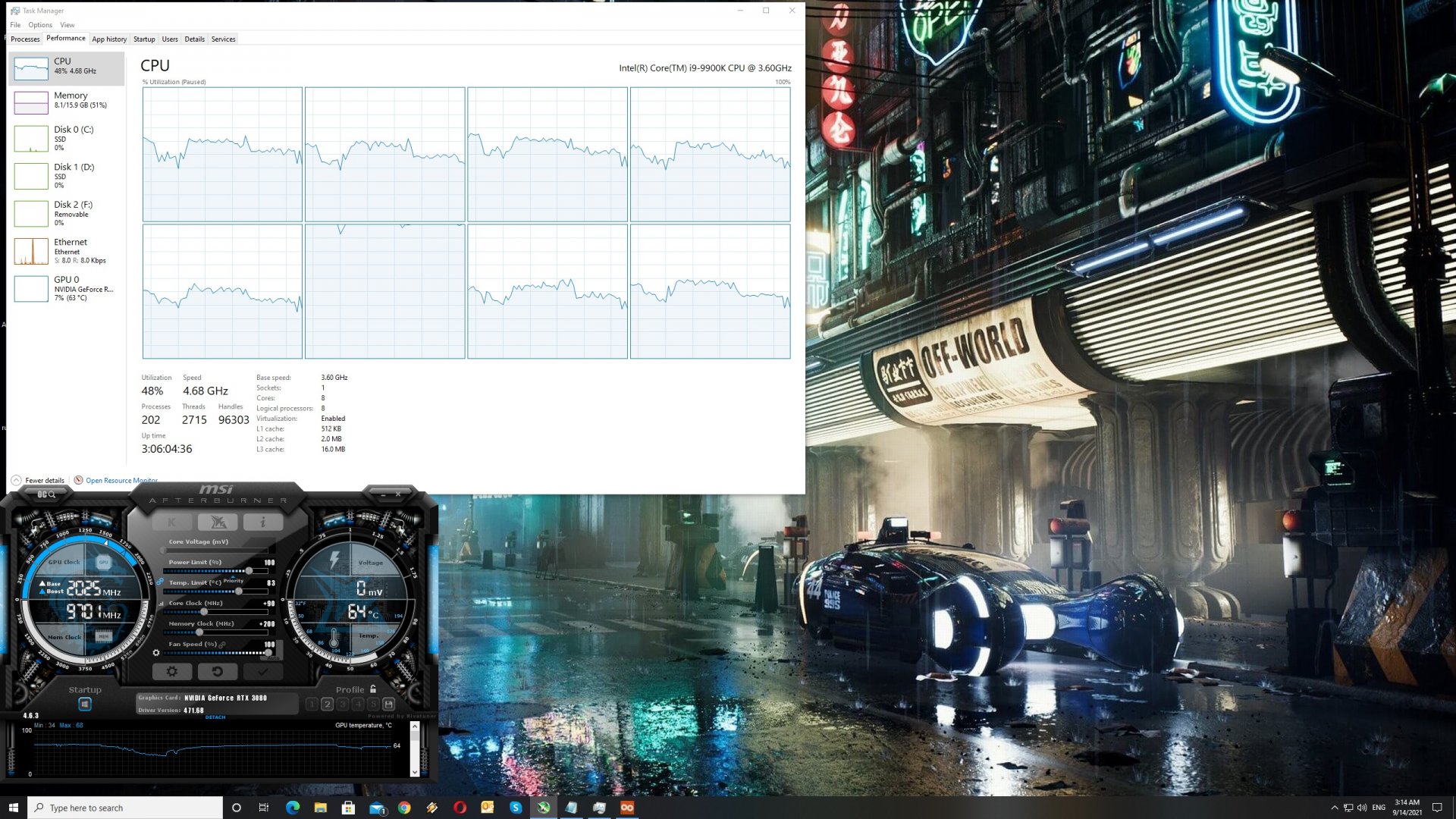 Arkane has added numerous graphics settings to tweak. PC gamers can adjust the quality of Textures, Models, Shadows, Water, Terrain, Decals, Ambient Occlusion and Camera Motion Blur. There are also settings for Bloom, Depth of Field, Lens Flares and Light Shafts. Not only that, but the game supports both Ray Tracing and AMD FidelityFX Super Resolution. There is also a TXAA Sharpness option (more games should start offering this), a Field of View setting, and support for NVIDIA’s Reflect tech. Lastly, the game offers a Frame Limiter, and can only go up to 120fps. 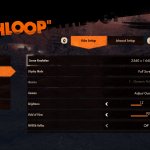 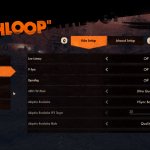 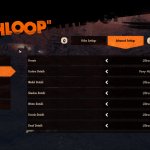 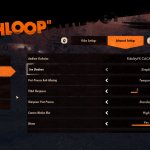 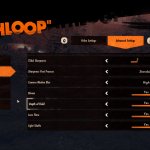 Deathloop does not feature any built-in benchmark tool. As such, we’ve decided to benchmark this scene. This area appeared to be one of the most demanding ones that we could find in the game’s opening chapter. Do also note that we’ll be focusing on the game’s rasterized version as we have a separate article for the Ray Tracing and AMD FSR benchmarks. 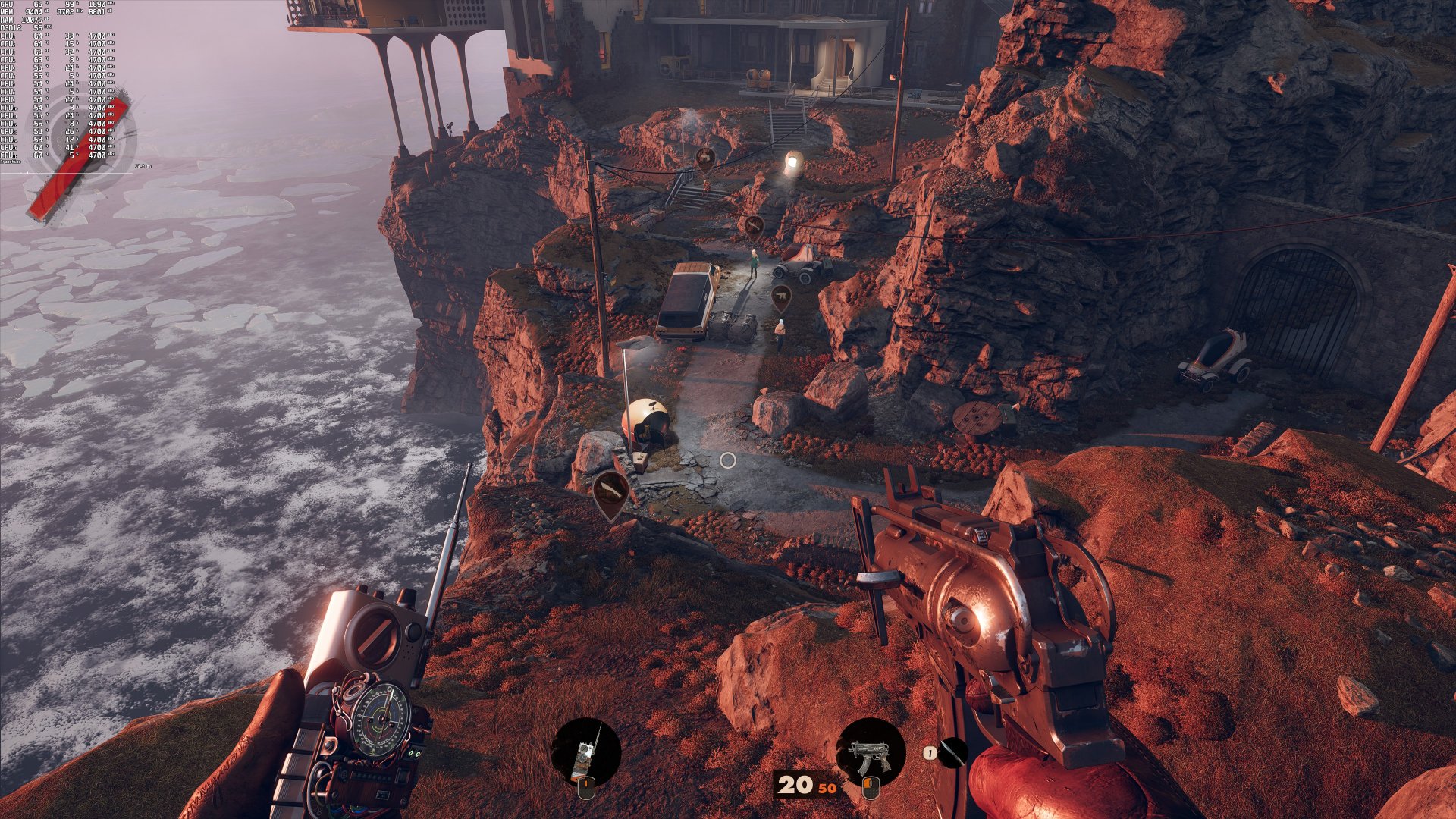 In order to find out how the game scales on multiple CPU threads, we simulated a dual-core, a quad-core and a hexa-core CPU. Now there are some good and some bad news. The good news is that the game can run with more than 100fps at 1080p/Ultra even on a modern-day dual-core CPU. However, we experienced numerous stuttering issues when Hyper-Threading was disabled. Thankfully, these specific stuttering issues were resolved the moment we enabled Hyper-Threading. 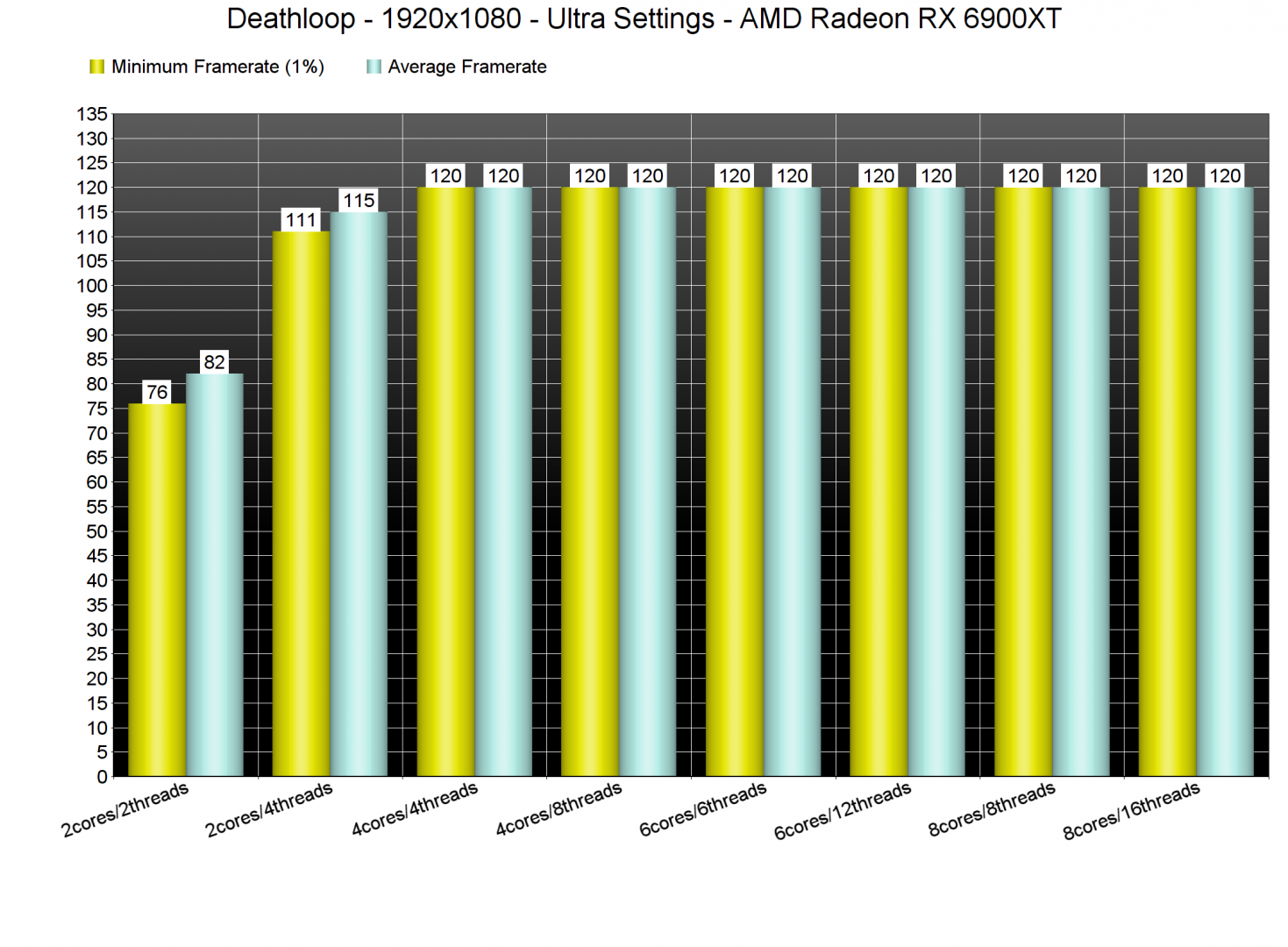 For gaming at 1080p/Ultra, you’ll need a high-end GPU. Our NVIDIA GTX980Ti was nowhere close to a 60fps experience. Additionally, our AMD Radeon RX Vega 64 was frequently dropping below 60fps. 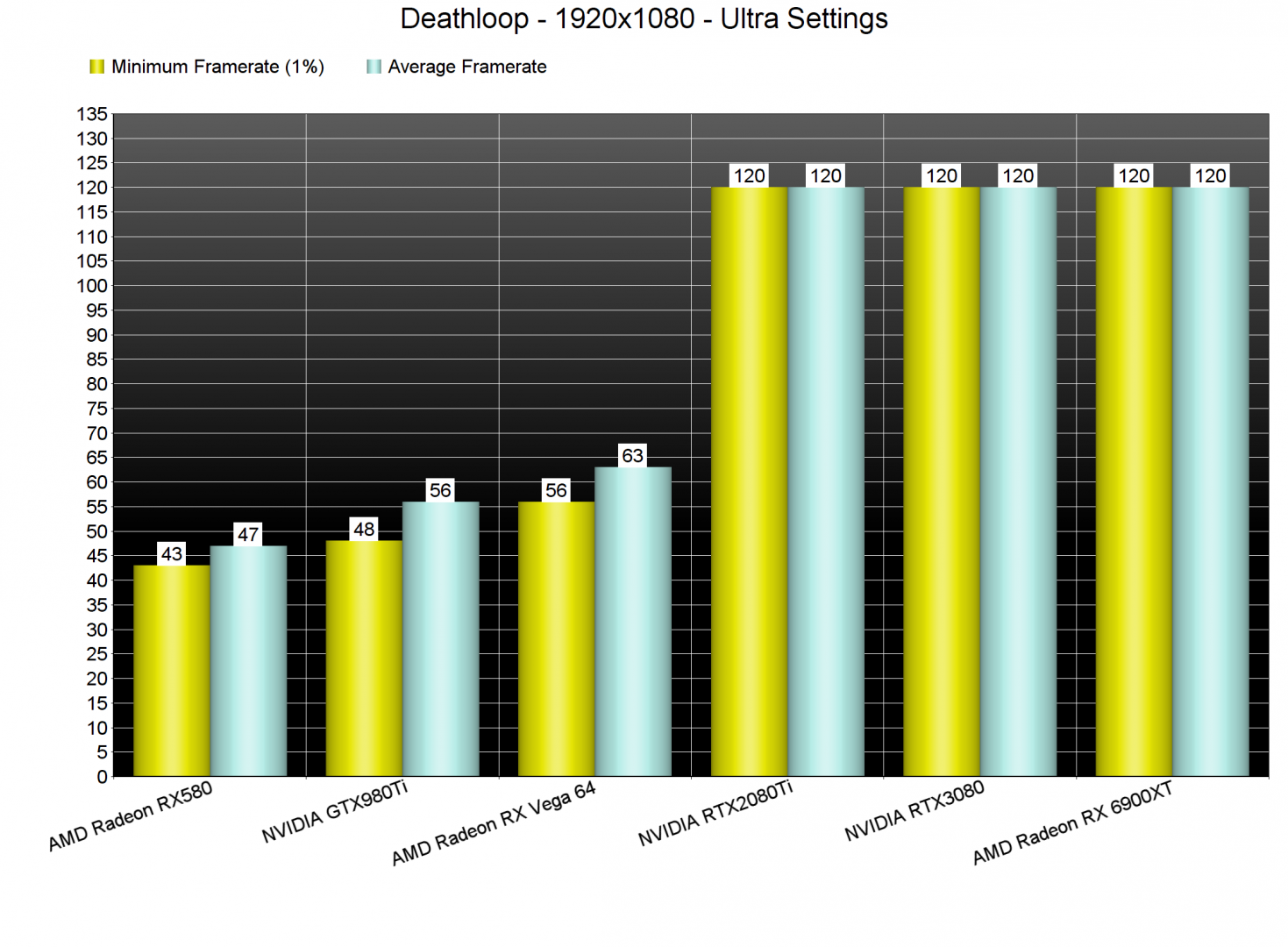 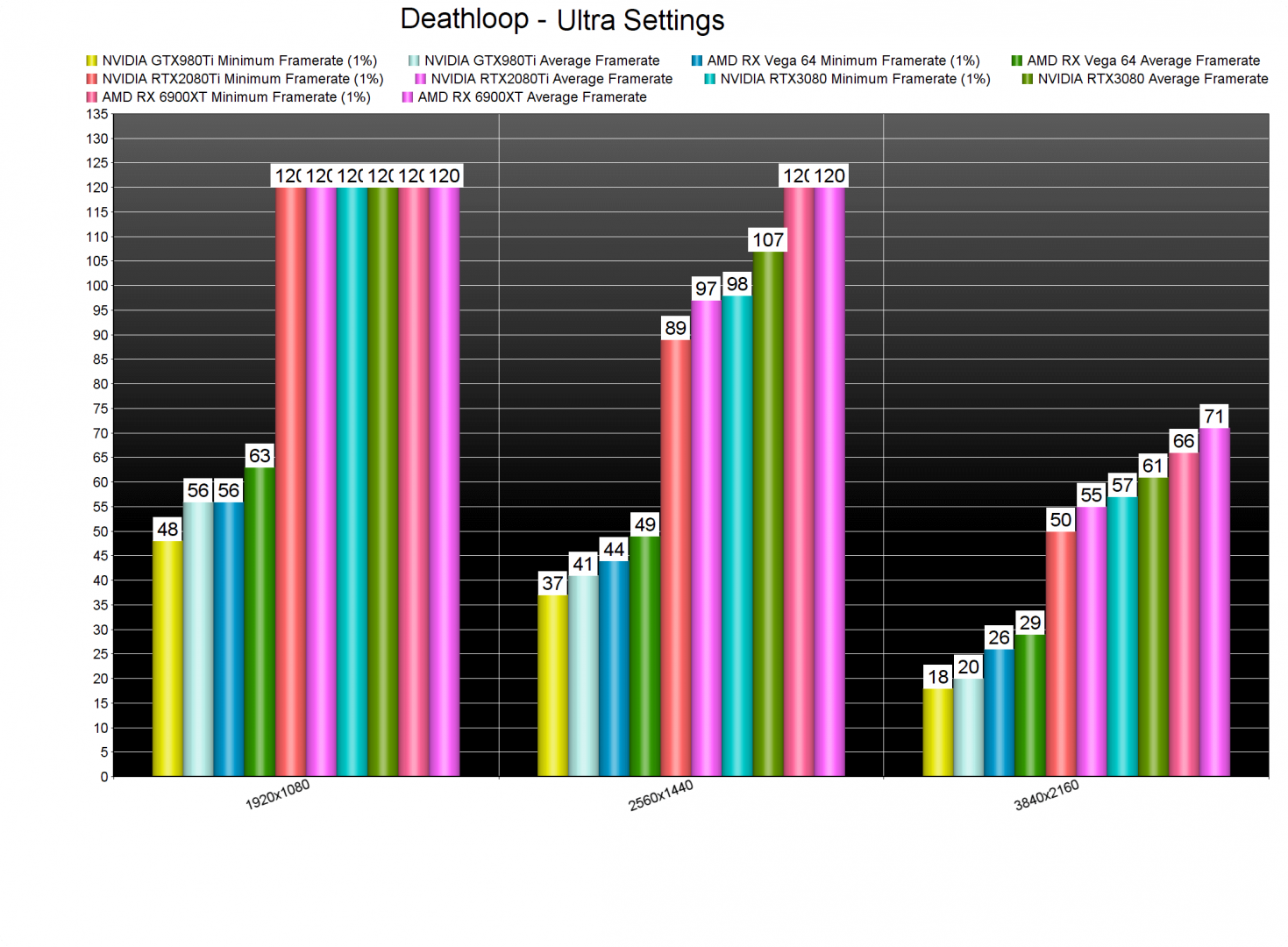 Sadly, the game’s scalability (via its graphical presets) is not that good. The difference between Ultra and High settings is only 4fps. Yes, you read that right. 4fps. In order to get a noticeable performance boost, you’ll have to drop your settings to Medium. By using Medium Settings, we were able to get a 20fps performance improvement on our RX 6900XT. We were then able to get an additional 10fps increase on Low settings. 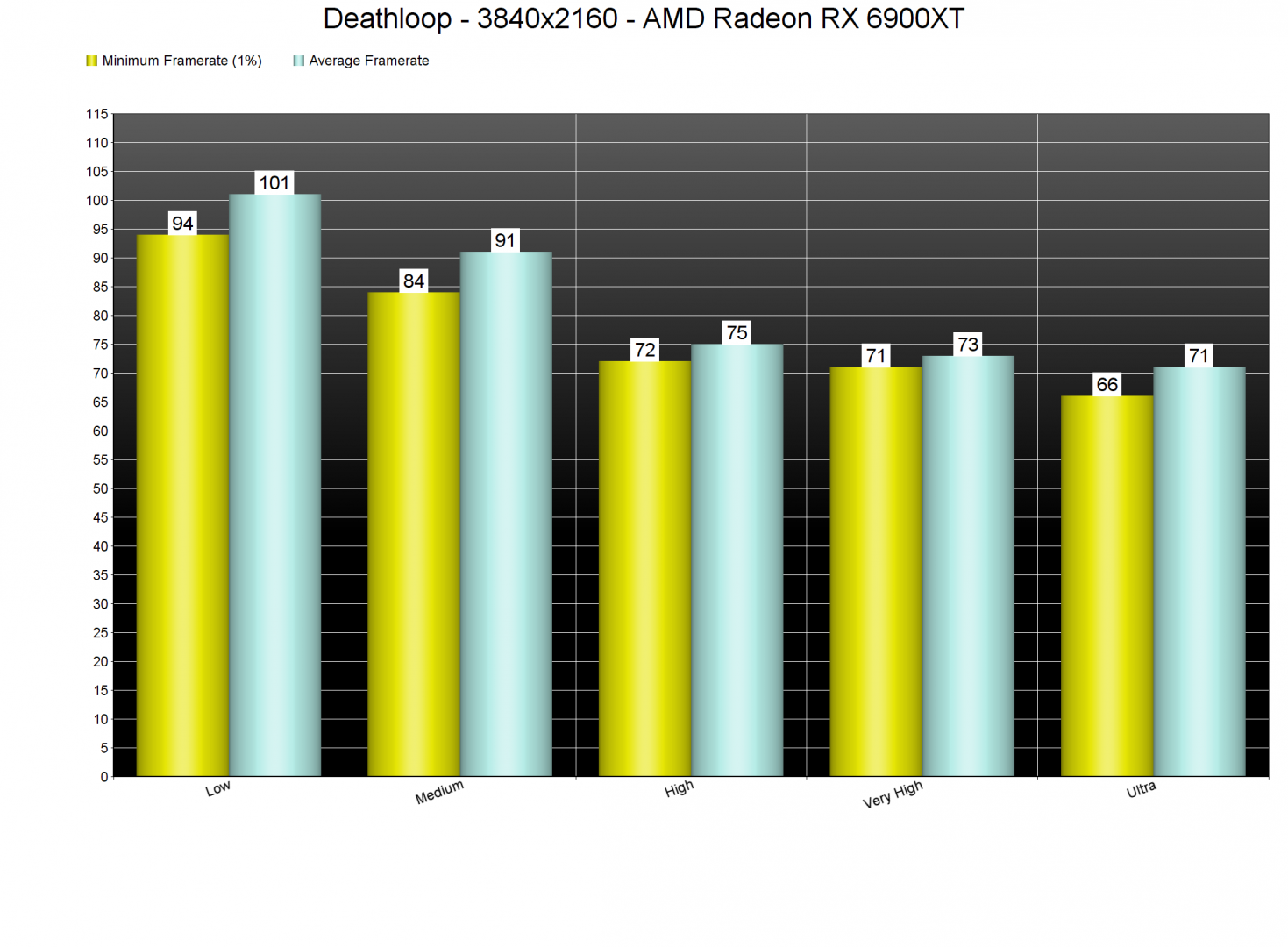 Graphics-wise, Deathloop looks very good. The game features a great LOD (so you won’t see objects changing right in front of view). Arkane has used a lot of high-resolution textures, and the Ray Tracing effects can improve the visuals (especially the RT Ambient Occlusion in shadowy areas). All characters are also quite detailed. Generally speaking, Deathloop looks good. However, and since this is a next-gen game, it’s a bit underwhelming. This is what we were expecting to see from a current-gen game, so I don’t see why there isn’t a PS4 version. So, as a current-gen game, Deathloop looks fine. As a next-gen title, though, it’s a bit disappointing.

All in all, Deathloop suffers from some optimization issues on PC. While the game does not require a high-end CPU, it does require a powerful GPU. Its graphical presets also do not significantly improve performance (unless you drop them to Medium). And, for a game looking like this, Deathloop should be running faster. I mean, we’ve seen other first-person shooters that look and run better than it.  Not only that, but its “stuttery camera movement” issue is truly unacceptable. As a result of this, PC gamers must either lock their framerate at 60fps or 120fps. Framerates between 60fps and 120fps feel weird and stuttery when the camera is moving.

Lastly, I should note that Arkane has released a hotfix that addresses the mouse jittering issues. This hotfix does not fix the camera stuttering issues though that occur when the framerate fluctuates between 60-120fps. 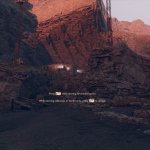 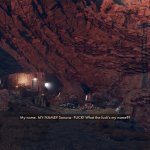 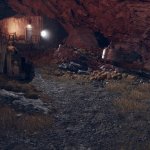 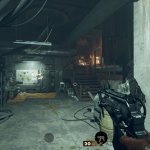 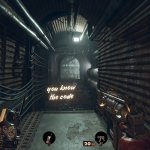 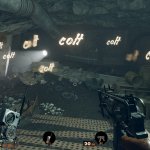 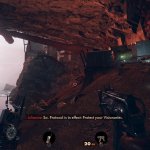 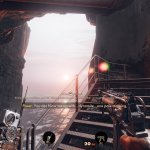 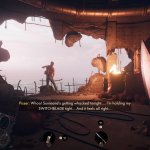 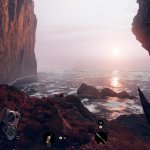 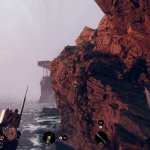 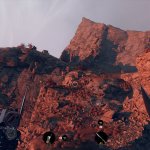